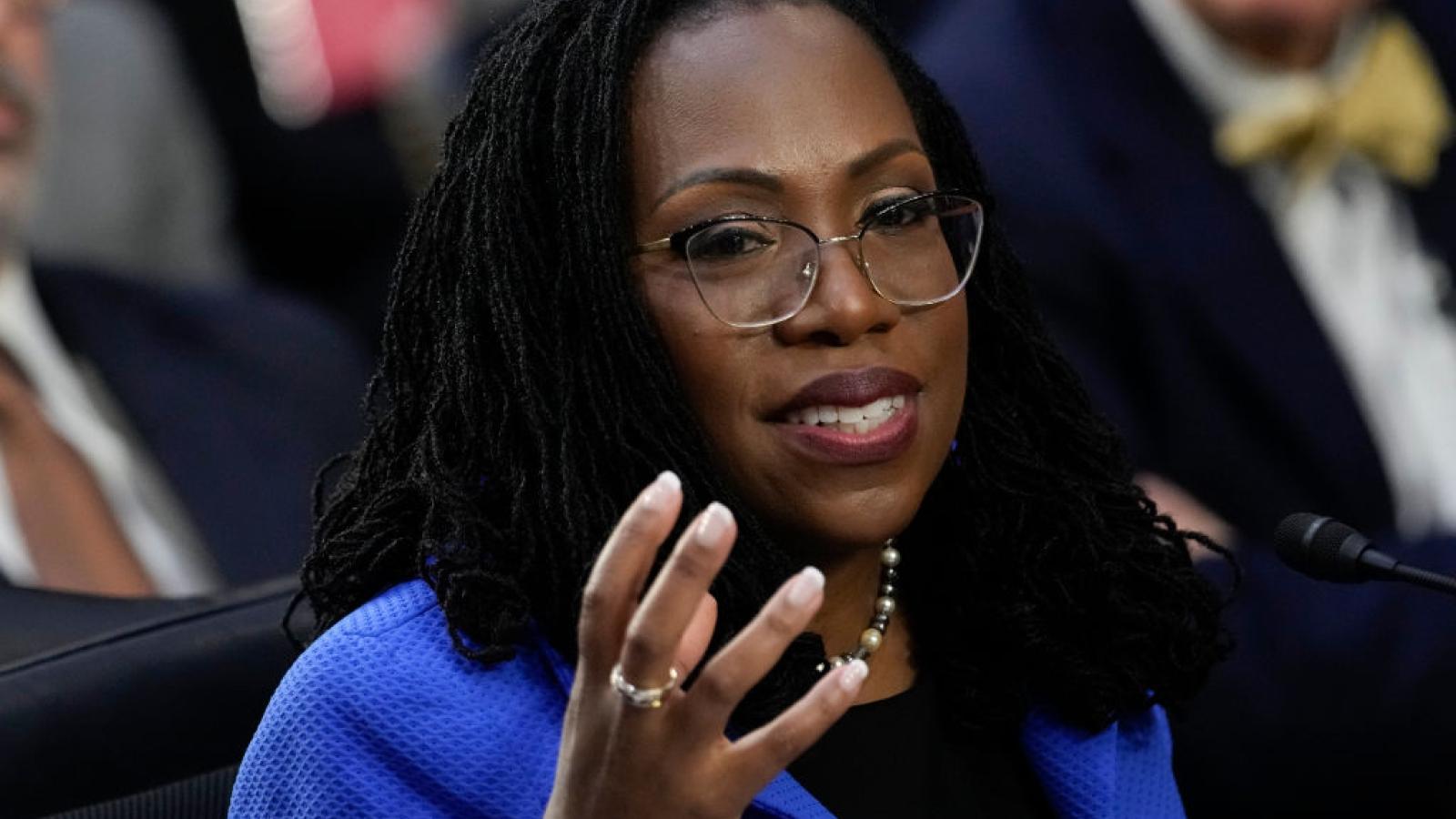 The Senate confirmation hearings for Supreme Court nominee Ketanji Brown Jackson never rivaled the dramatic tension and partisan acrimony of the interrogations endured by past nominees like Judge Robert Bork and Justices Clarence Thomas and Brett Kavanaugh. Still, Judge Jackson's appearance before the Judiciary Committee, which wrapped Wednesday, was not devoid of pointed questioning and partisan sparring. Here are 10 memorable moments from the three-day marathon when poilitical and philosophical differences came into focus:

1. Under questioning from Texas Republican Sen. Ted Cruz on Wednesday, Jackson said she would recuse herself from the Harvard University affirmative action case if she is confirmed as a Supreme Court justice.

2. Republican Sen. Lindsey Graham and Democratic Sen. Sheldon Whitehouse sparred about dark money in Supreme Court politics. Whitehouse took shots at the Federalist Society for its influence over the nomination of conservative justices, while Graham criticized "the troubling role of far-left dark money groups" on the Supreme Court and the political process overall.

3. In a tense exchange Wednesday, Cruz told Senate Judiciary Committee Chairman Dick Durbin that he should testify alongside the nominee after Durbin told her not to bother responding to Cruz's questions.

"There's no point in responding," Durbin said. "He's going to interrupt you."

"If you don't like your witness's answers, you're welcome to provide your own," Cruz said. "She is declining to answer the question. And Chairman Durbin, if you want to join her on the bench, you can."

4. Cruz made headlines on Tuesday when he named books taught at the Georgetown Day School related to critical race theory. He asked Jackson if she agreed with the books being part of the curriculum, given that she serves on the board of the school. Jackson said she doesn't have control over the books that are taught.

She also said CRT "doesn’t come up in the work that I do as a judge."

5. Under questioning from Tennessee Sen. Marsha Blackburn on Tuesday related to transgender issues, Jackson declined to provide a definition of a woman.

"Do you agree with Justice Ginsburg that there are physical differences between men and women that are enduring?" Blackburn asked.

“Senator, respectfully I am not familiar with that particular quote or case, so it's hard for me to comment," she said.

Blackburn asked her to provide a definition for a woman.

6. Under questioning from Republican

Sen. Josh Hawley, Jackson defended an essay she wrote criticizing sex offender sentencing by saying she was "doing what law students do." Hawley asked Jackson about United States v. Hawkins, a case where Jackson sentenced 18-year-old Wesley Hawkins, who had been in possession of sexual abuse images and videos involving children, to three months in jail. Prosecutors initially had recommended at least 24 months.

"What a judge has to do," she said, "is determine how to sentence defendants proportionately consistent with the elements that the statutes include with the requirements that Congress has set forward.

"I don't remember that particular reference," she said. "I did not intend to disparage the president or the secretary of defense."

8. Several Republican senators raised concerns with Jackson's decisions in child pornography cases where she sentenced the offender to less time in prison than what the prosecutors had recommended. Sen. Thom Tillis asked Jackson to describe her sentencing philosophy.

"What I convey or did when I was a trial judge, as I sentenced people to very lengthy periods of incarceration, was, 'You are getting your day in court, you are able to say what you want to say, but you have to sit here and listen to my reading into the record the victim's statements in this case,'" she said. "We should be imposing a sentence sufficient but not greater than necessary to promote the purposes of punishment."

9. Iowa Republican Sen. Chuck Grassley, ranking member of the committee, asked Jackson to share her opinion on cameras in the Supreme Court.

"I would want to discuss with the other justices their views and understand all of the various potential issues related to cameras in the courtroom before I took a position on it," she said on Tuesday.

10. Members of the committee and party leaders disagreed on Jackson's handling of questions about her record at the hearing.

"There's been a range over time of how willing nominees are to candidly and openly and forthrightly discuss these core matters of constitutional principle in proceedings like this one and a tendency over time to allow less and discuss less, a more restrictive approach," said Sen. Jon Ossoff (D-Ga.). "I want to thank you because while you have prudently and in a disciplined way refrained from commenting inappropriately on potential pending case law, you have been willing to engage in a forthright and expansive discussion of these vital principles in a way that I think stands out among some recent nominees."

"She's declined to address critically important questions and ameliorate real concerns," said the Kentucky Republican. "First and foremost is the simple question of court-packing. The far-left fringe groups that promoted Judge Jackson for this vacancy want Democrats to destroy the court's legitimacy through partisan court-packing," he said. "She was literally the court-packers' pick for the seat, and she has repeatedly refused to reject their position."

McConnell said that unlike the late Justice Ruth Bader Ginsburg, Jackson "refuses to rule out what the radical activists want" and said she "does have an opinion on court-packing" but wouldn't share it publicly.