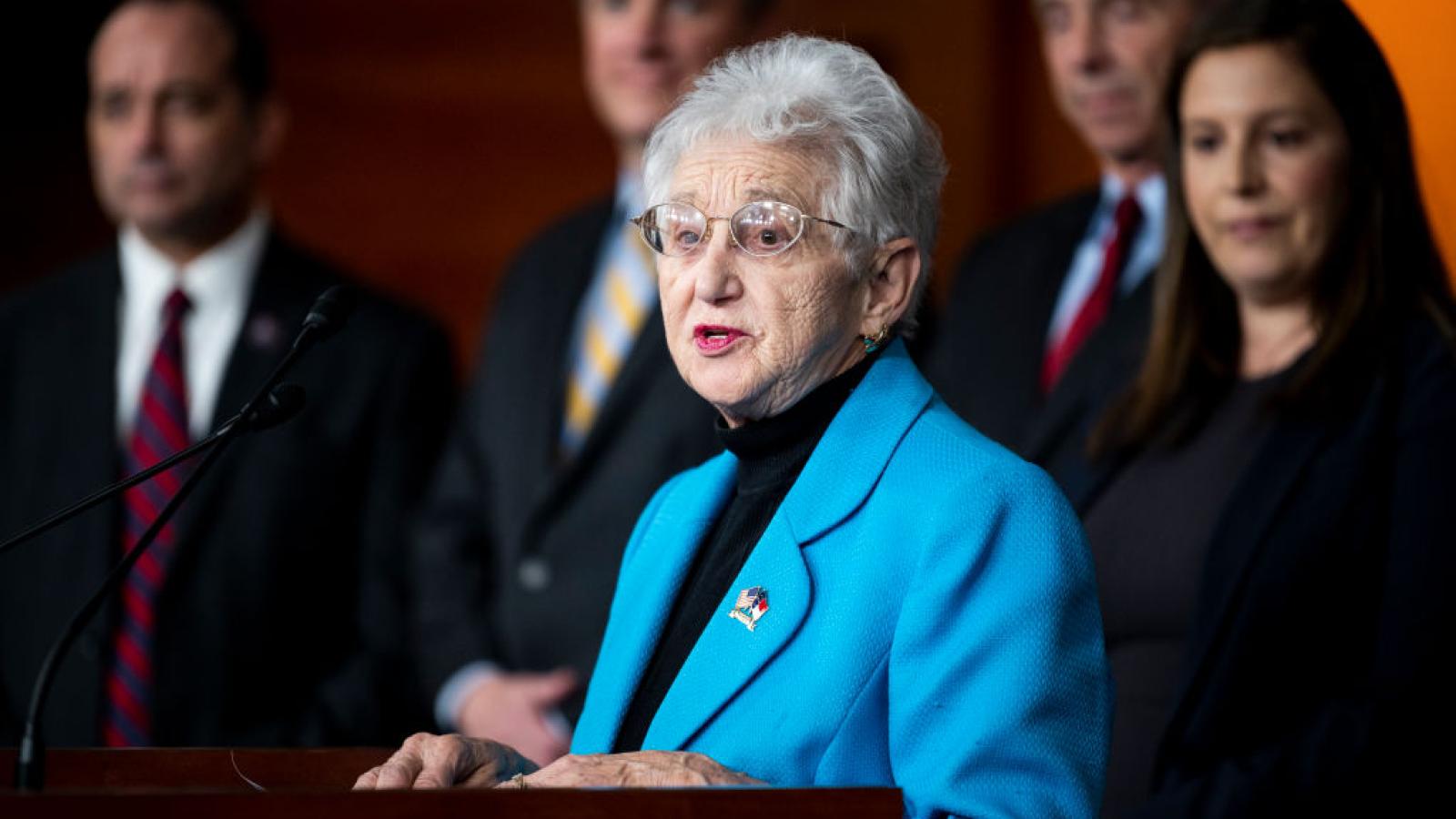 The top Republican on the House Education and Labor Committee says President Biden is putting politics above taxpayers with his forthcoming student loan forgiveness plan.

Biden's student debt relief proposal is expected to apply to individuals earning up to $125,000, according to media reports. Details on the amount of the forgiveness have not been disclosed.

"You don't need to be an expert in reading tea leaves to understand that President Biden is kneecapping taxpayers at every turn," said Rep. Virginia Foxx (R-N.C.), ranking member of the committee. "His signaling that he is moving forward with blanket student loan forgiveness confirms one single, solitary fact: he has no problem putting political ambition in the express lane at the expense of hardworking Americans."

Noting that U.S. GDP fell at an annual rate of 1.4% during the first quarter of this year, Foxx attributed it, in part, to the federal government's level of spending.

"Imagine what irreparable damage would be caused by blanket student loan forgiveness," she said. "Our economy is already teetering on the brink of a recession thanks to this administration, but the Left won't be happy till it's pushed over the edge."

The GOP staff on the committee told Just the News they have no additional information about Biden's upcoming plan beyond what's been noted in press reports.

"Rather than do their jobs, top Democrats are asking the president to do their dirty work for them, calling for an additional extension through the end of the year and debt forgiveness by executive fiat," the lawmakers wrote in the op-ed. "The administration justifies this elitist handout arguing that borrowers are simply not ready to pay their monthly bills

"And progressives back this flawed argument by citing absurdly biased polling data from a group whose mission statement is to cancel student debt while ignoring the data that further relief is unwarranted — such as the 2.9 percent unemployment rate of college graduates and the less than 1 percent of private borrowers needing emergency relief."

A former lawyer for the U.S. Department of Education under former President Obama has predicted that a student loan debt plan that Biden seeks to implement unilaterally through executive action will be challenged in court.

"If the issue is litigated, the more persuasive analyses tend to support the conclusion that the Executive Branch likely does not have the unilateral authority to engage in mass student debt cancellation," Charlie Rose wrote in a memo for his law firm, Hogan Marren Babbo & Rose, Ltd