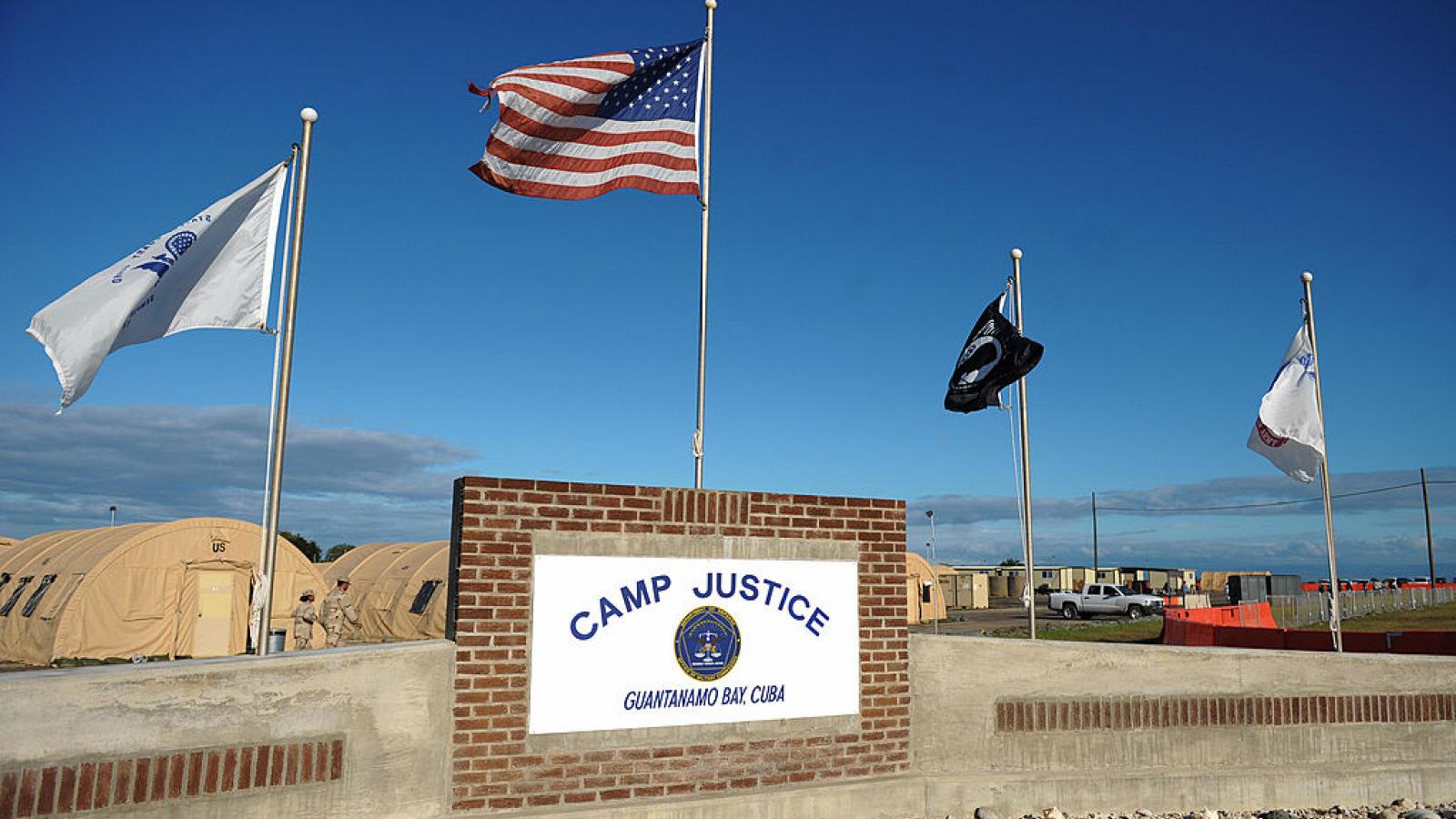 Hearings at the United States' Guantanamo Bay detention center for alleged 9/11 mastermind Khalid Sheikh Mohammed and four others accused of conspiring in the attacks are set to resume Tuesday, after being postponed for roughly 18 months because of the coronavirus pandemic.

The five were detained and brought to the Navy compound in Cuba in the aftermath of 9/11 to face a U.S. military trial on allegations they plotted the deadly, 2001 attacks.

The 20th anniversary of the attacks are Saturday.

The proceeding will be held at the Expeditionary Legal Complex at Camp Justice on Naval Station Guantanamo Bay, Cuba.

"The accused are charged jointly, in connection with their alleged roles in the September 11, 2001, attacks against the United States," the official also told the news outlet.

The official said the specific charges are: conspiracy, attacking civilians, intentionally causing serious bodily injury, murder in violation of the law of war, hijacking or hazarding a vessel or aircraft; and terrorism.

Among the challenges toward having a trial is deciding what evidence can be used in the proceedings, before a jury of military officers.

The prosecution's case in large part centers on statements that the defendants – who include Mohammed, the self-described mastermind of the Sept. 11 attacks – gave to the FBI after they were transferred by the CIA to Guantanamo in Sept. 2006.

Attash is accused of training two of the hijackers in hand-to-hand combat. Among the allegations against  Al Shibh is that he organized the Hamburg, Germany, cell of hijackers and provided financial assistance to Atta and others responsible for taking over the commercial jetliners used in the attacks, according to the The New York Times.