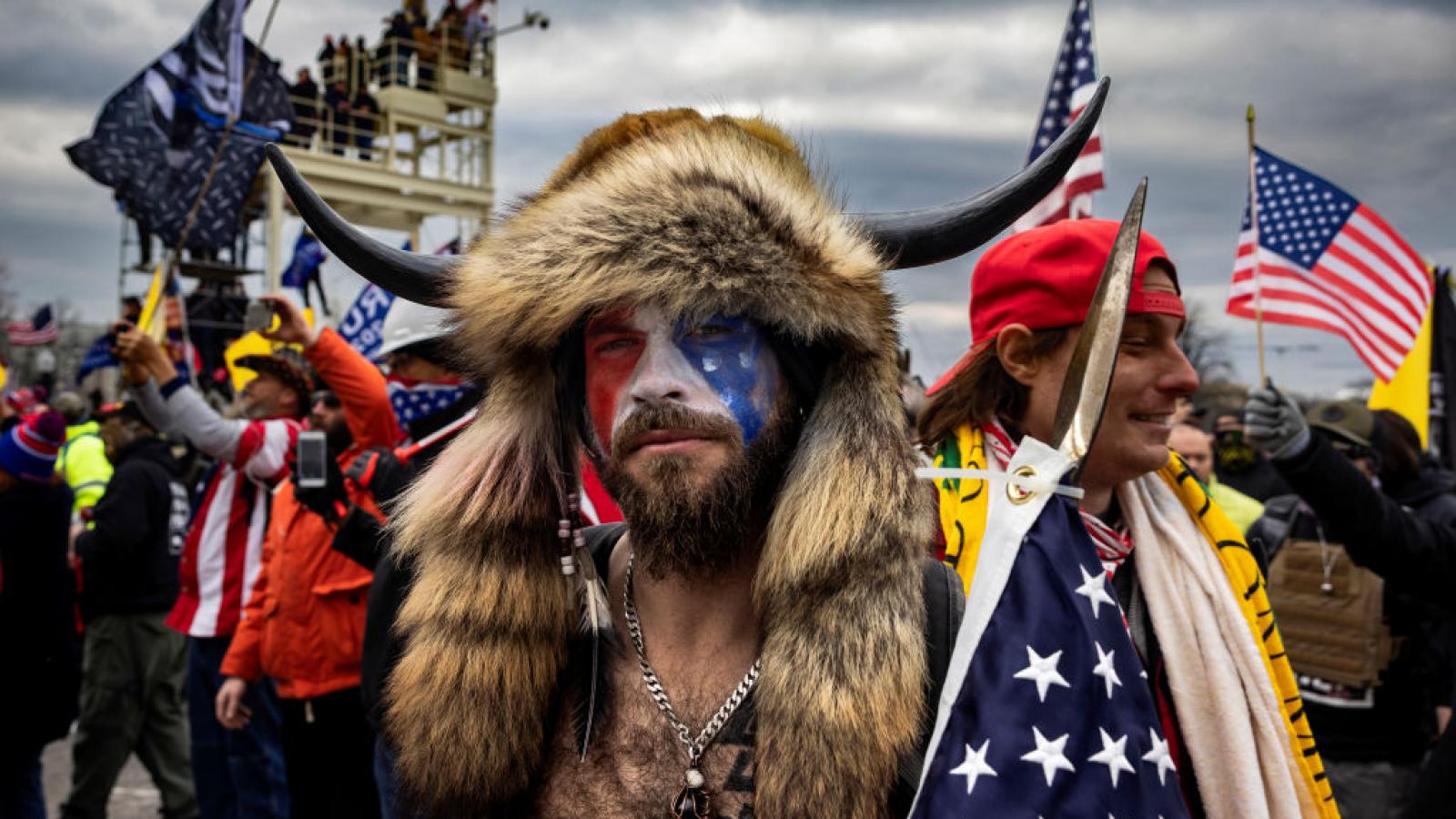 A shirtless man with a furry hat with horns seen roaming inside the U.S. Capitol during the Jan. 6 siege of the building has been moved to Virginia jail on a federal judge's order to provide him with organic food while in custody.

Jacob Chansley was transferred to the Alexandria Detention Center after his attorney argued that his client had gone nine days without eating because organic food wasn’t served at the jail in Washington, according to the Associated Press.

Chansley's attorney told the judge Thursday his client has lost 20 pounds since being transferred last week from Arizona to Washington last week.

Chansley, who calls himself the "QAnon Shaman," considers eating organic food to be part of his "shamanic belief system and way of life," said the lawyer said, the wire service also reports.

U.S. District Judge Royce Lamberth said Thursday the U.S. Marshals Service told the court that the District of Columbia Department of Corrections had asked for Chansley to be moved because they couldn’t honor the court’s order to feed him organic food.

The judge said jail officials in nearby Alexandria could accommodate the special diet.

Chansley has been indicted on civil disorder, obstruction, disorderly conduct and other charges for his role in the riot. He is allegedly was among hundreds of demonstrators who stormed the Capitol as Congress was meeting to vote to certify Democrat Joe Biden’s electoral win.