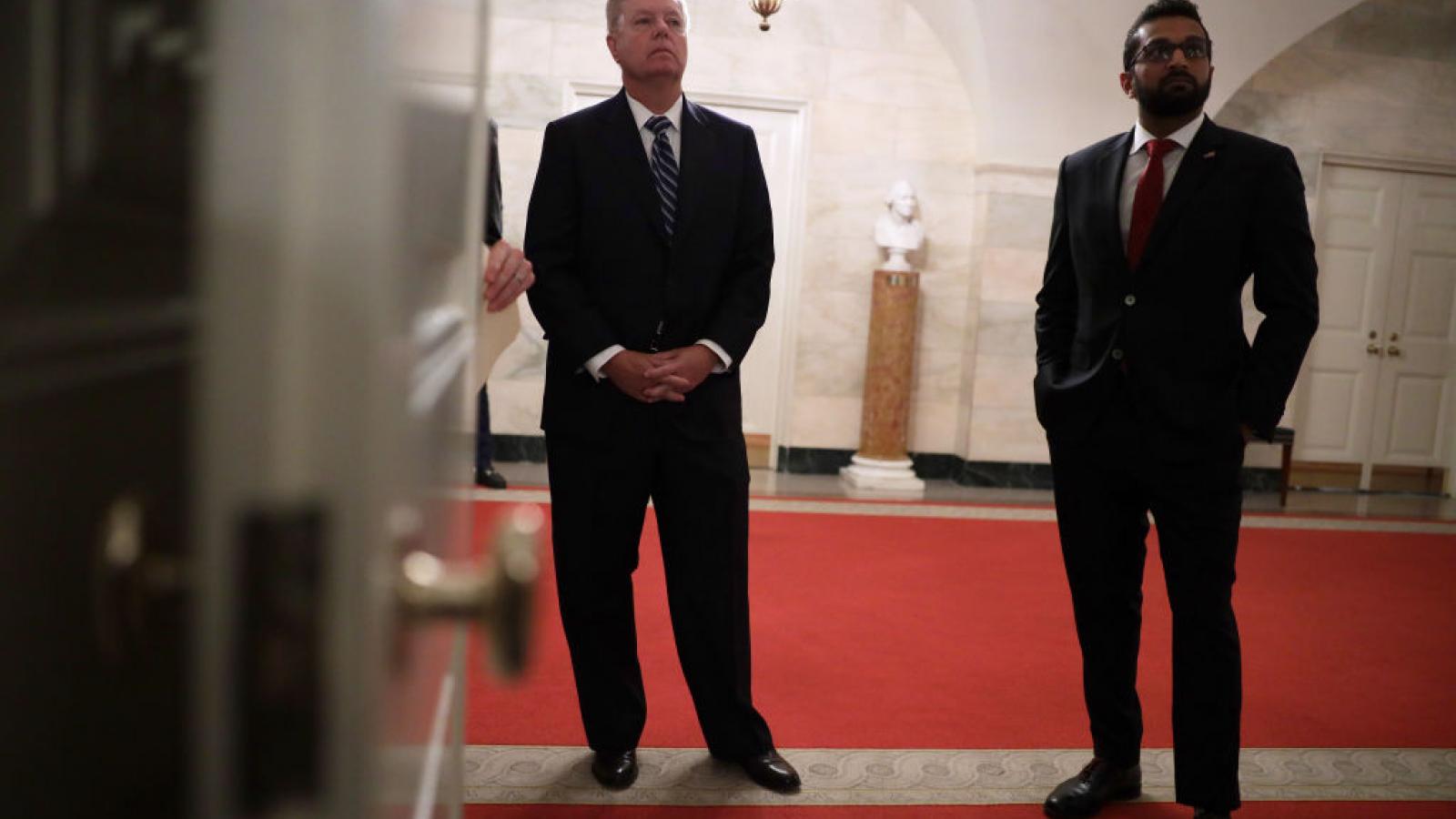 Former President Trump ally Kash Patel acknowledged Friday night that he testified a day earlier before a federal grand jury investigating the handling of federal records at Mar-a-Lago but argued he was "compelled" to do so and did not reach an immunity "deal," as has been widely reported.

"Mr. Patel categorically denies reaching any immunity 'deal' with the government," a spokesperson said. "Rather, his testimony was compelled over his objection through the only legal means available to the government – a grant of limited immunity."

A limited form of immunity still protects Patel from having his own testimony used against him, according to the Associated Press.

Patel has been of special interest to federal investigators after having said he was present as Trump declassified broad categories of materials. Federal prosecutors have said at least some of the materials seized by FBI agents in August at Trump's Mar-a-Lago estate were top secret, the wire service also reports.

Patel – a former Justice Department prosecutor, senior director for counterterrorism at the National Security Council and chief of staff to the acting Defense Secretary Chris Miller – testified Thursday after a federal judge in Washington entered a sealed order regarding immunity.

During an earlier appearance before the grand jury, Patel invoked his Fifth Amendment right against self-incrimination, also according to the wire service.