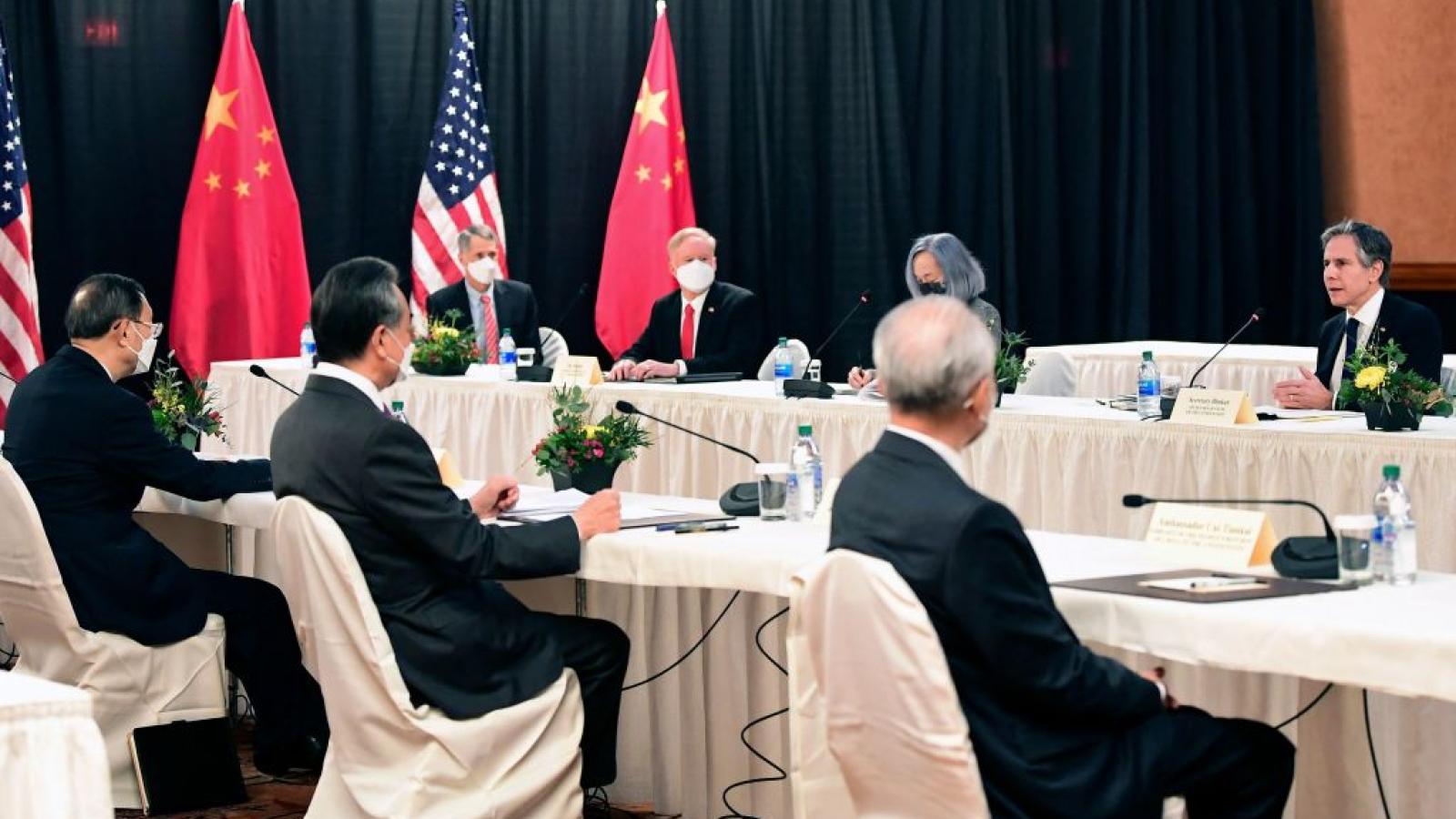 The first face-to-face meeting between the new Biden administration and China began Thursday with a rocky start as Secretary of State Antony Blinken and other U.S. and Chinese diplomats publicly exchanging barbs and criticism.

After the first day of their meeting in Alaska, the U.S. accused the Chinese delegation of "grandstanding" for domestic consumption in China.

Beijing retorted Friday by saying there was a "strong smell of gunpowder and drama" in the room that was entirely the fault of the Americans, according to the Associated Press.

The meetings in Anchorage continue Friday with a closing session.

The U.S. and China are at odds over several ongoing issues including trade, human rights, the democracy crackdowns in Hong Kong and China's early handling of the coronavirus, first detected in the Chinese city of Wuhan.

Blinken said the Biden administration is united with its allies in pushing back against China’s increasing authoritarianism and assertiveness at home and abroad.

"Each of these actions threaten the rules-based order that maintains global stability," Blinken said of China’s actions in Xinjiang, Hong Kong and Taiwan, and of cyber attacks on the United States and economic coercion against U.S. allies, the wire service reports. "That’s why they’re not merely internal matters, and why we feel an obligation to raise these issues here today."

He also said: "We do not seek conflict but we welcome stiff competition."

Chinese Communist Party foreign affairs chief Yang Jiech responded by demanding the U.S. stop pushing its own version of democracy while failing to deal with its own human rights problems. He also took issue with what he said was “condescension” from Blinken, Sullivan and other U.S. officials.

"China will not accept unwarranted accusations from the U.S. side. … There is no way to strangle China."

Blinken appeared to be annoyed by the tone and length of the comments, which went on for more than 15 minutes, the Associated Press also reported.