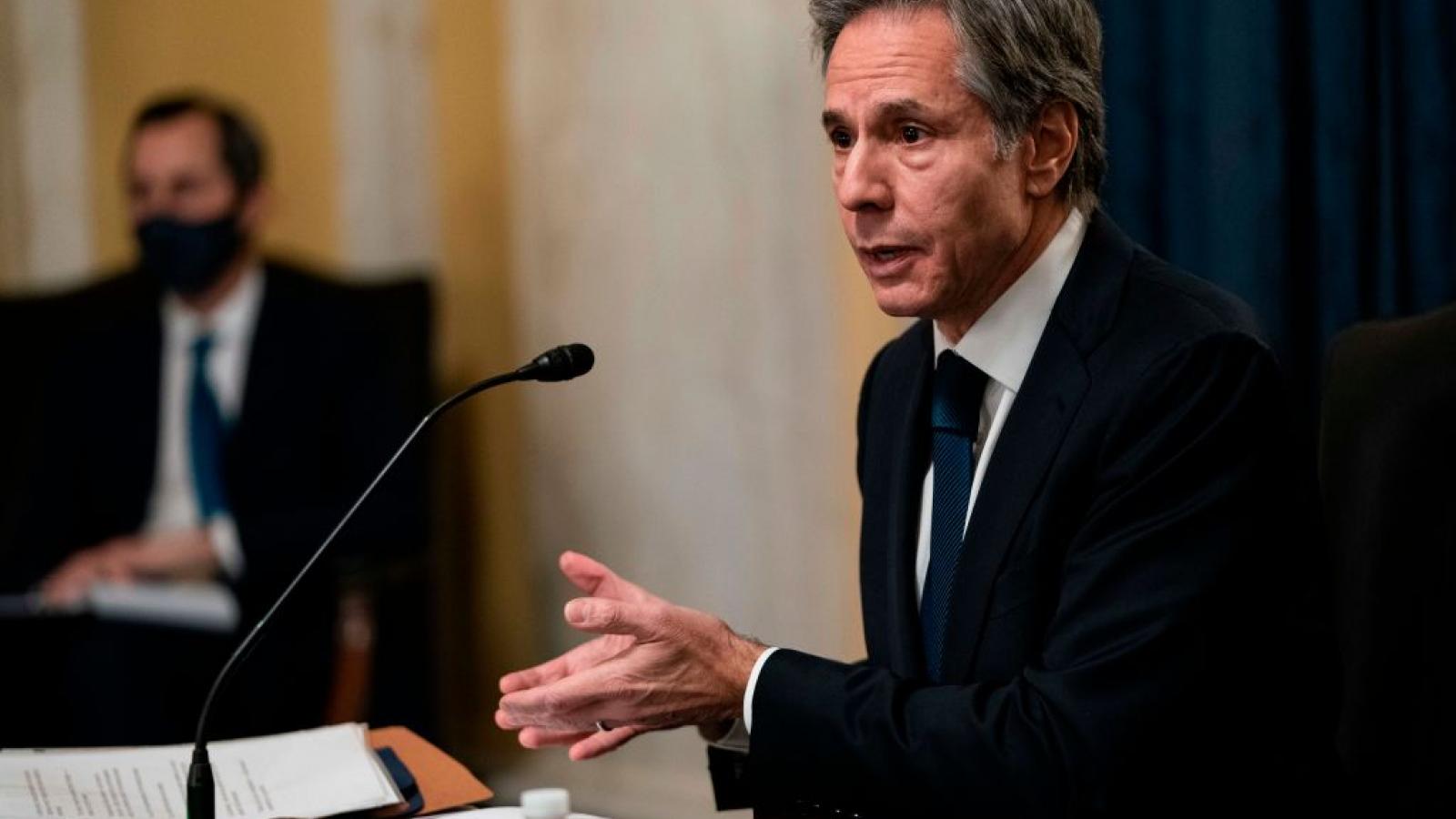 Secretary of State Antony Blinken said Tuesday during a Middle East trip he would "rally international support" for Gaza to recover from an 11-day war, in which the territory took the brunt of the devastation, and that the effort would attempt to ensure that militant Hamas rulers who control Gaza do not benefit from the assistance.

The war between Israel and Hamas, in which the sides traded air strikes and rocket attacks, respectively, killed more than 250 people, mostly Palestinians, and caused widespread damage to the impoverished strip between Israel and the Mediterranean Sea.

Blinken departed for the diplomatic trip on Monday, following a cease-fire deal between Israel and Hamas reached four days earlier.

The truce has so far held. But Blinken acknowledged after meeting with Israeli Prime Minister Benjamin Netanyahu that the truce doesn’t address the long-standing, underlying issue of the Israeli-Palestinian conflict, according to the Associated Press.

"We know that to prevent a return to violence, we have to use the space created to address a larger set of underlying issues and challenges. And that begins with tackling the grave humanitarian situation in Gaza and starting to rebuild," he said.

"The United States will work to rally international support around that effort while also making our own significant contributions." He also said the U.S. would work with its partners “to ensure that Hamas does not benefit from the reconstruction assistance."

The war was sparked by weeks of clashes in Jerusalem between Israeli police and Palestinian protesters at the Al-Aqsa Mosque, revered by Jews and Muslims.

Blinken will also visit Egypt and Jordan, which helped negotiate the truce.