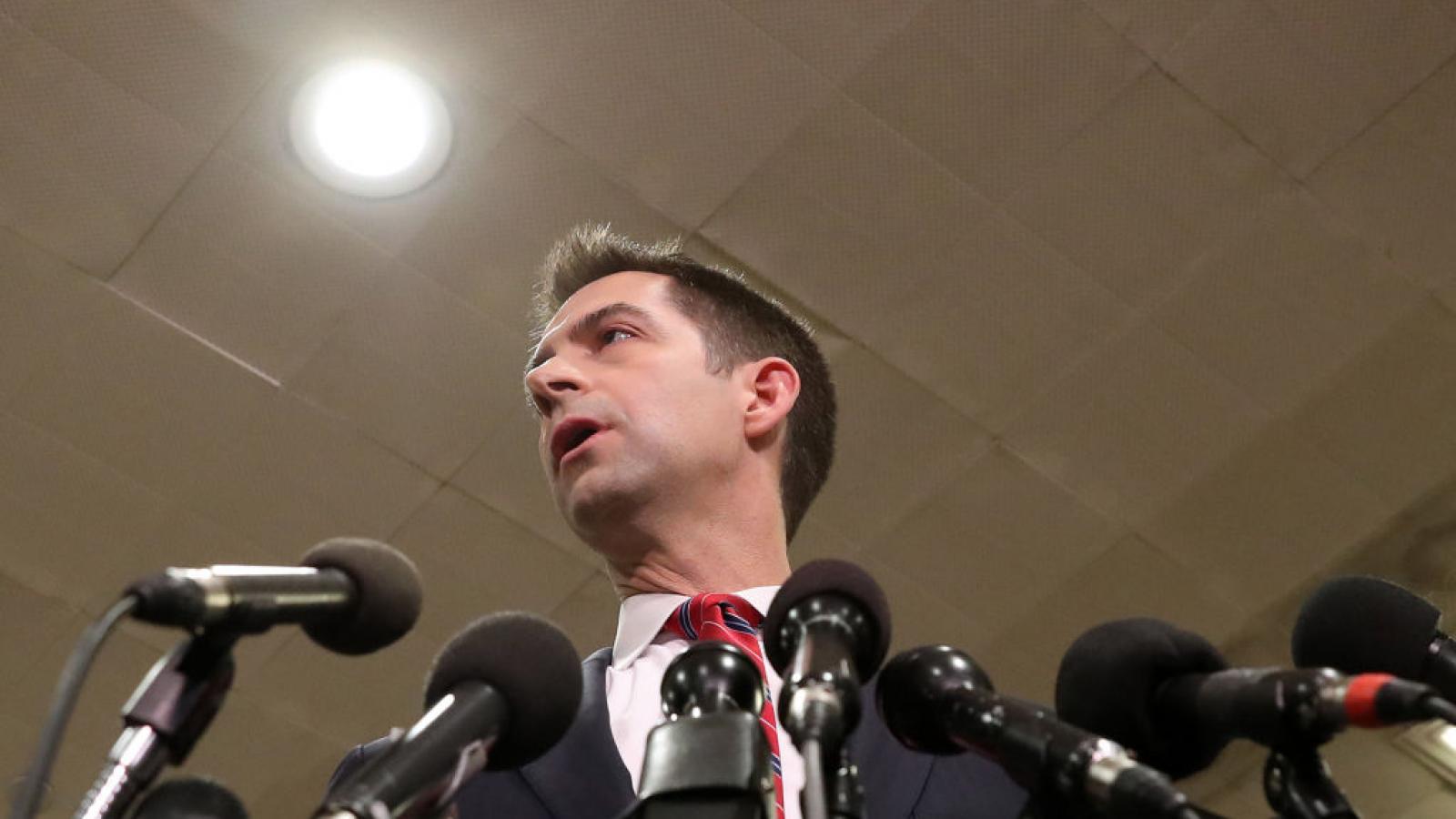 Republican Sen. Tom Cotton is asking Coca-Cola's top executive to explain why the company was so outspoken about its opposition to Georgia Republican lawmakers’ recently passed voting-integrity legislation, which the company argues has limited Americans’ access to voting, but will sponsor the 2022 Olympic games in China, where "genocide" occurs.

"Can you tell me why Coca-Cola doesn't have a say in whether it sponsors the genocide Olympics next year, but it does have a say in how the state of Georgia runs its election laws?" Cotton asked Tuesday in a virtual congressional hearing. "So you are spending millions of dollars to sponsor the genocide Olympics, yet you will not opine on any matter about it. Yet you will stick your nose in the Georgia legislature's election reform laws. Can you explain to me the contrast?"

In April, after the Georgia legislation was passed and signed into law by GOP Gov. Brian Kemp, Coca-Cola CEO and Chairman James Quincy wrote: "We provided feedback to members of both legislative chambers and political parties, opposing measures in the bills that would diminish or deter access to voting."

Quincy, whose company headquarters is in Atlanta, said Coca-Cola will also focus on "supporting federal legislation that protects voting access and addresses voter suppression across the country."

The hearing Tuesday – titled “Corporate Sponsorship of the 2022 Beijing Olympics" – also included testimony from representatives from Visa and other American companies.

A Coco-Cola representative said told Cotton on Tuesday in response to his questions: "We stand for what is right across the world."

The State Department says that as many as 2 million Uyghurs and other Muslim minorities are thought to have been placed in a network of detention centers in the western China region of Xinjiang. The Trump administration declared that the Chinese government was committing genocide in the region, according to CNN.