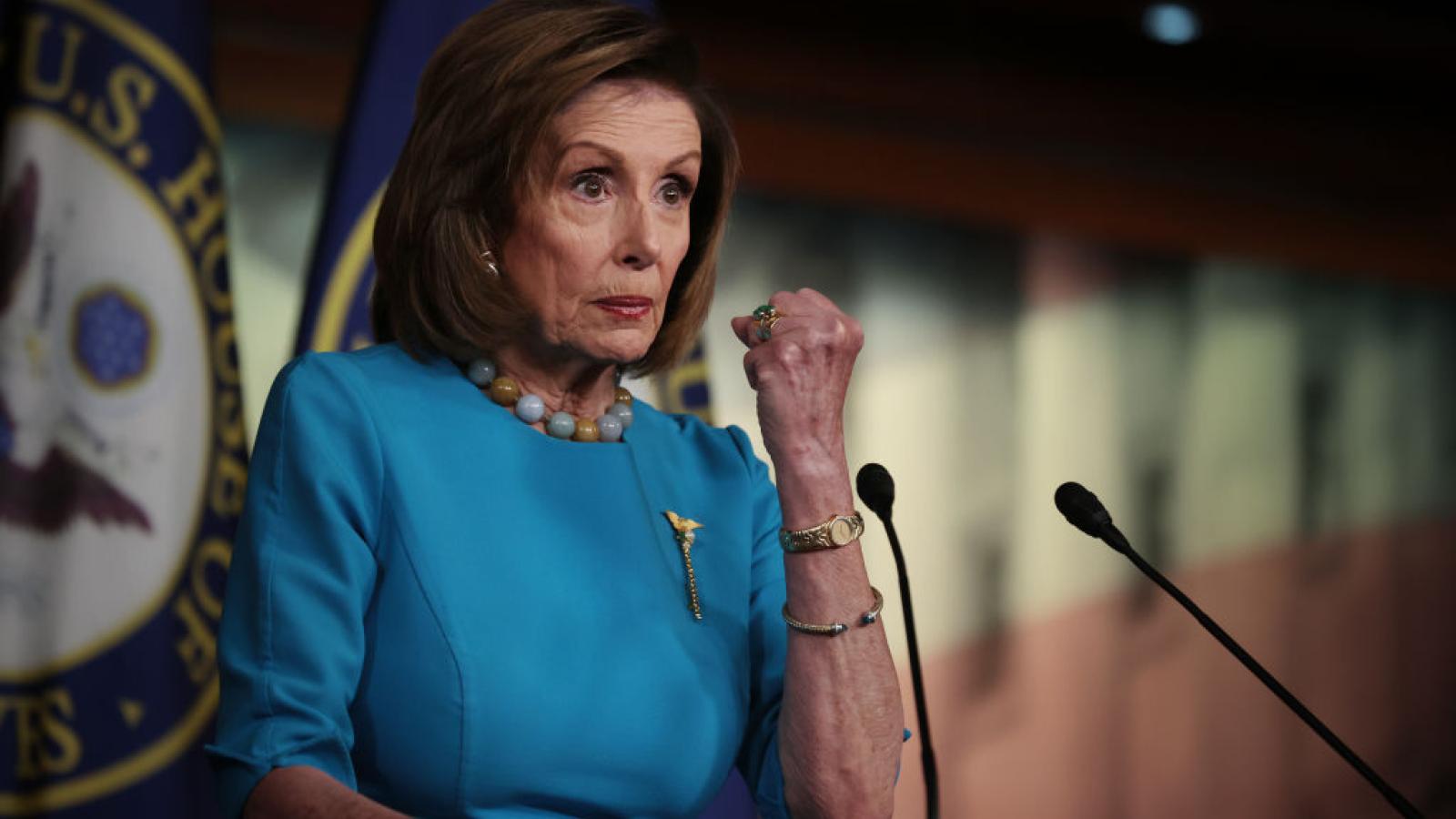 House Speaker Nancy Pelosi is warning U.S. athletes at the 2022 Winter Olympics in Beijing: Do not protest.

"I would say to our athletes, 'You're there to compete. Do not risk incurring the anger of the Chinese government, because they are ruthless,' " Pelosi told the Congressional-Executive Commission on China on Thursday.

"I know there is the temptation on the part of some to speak out while they are there," Pelosi continued. "I respect that. But I also worry about what the Chinese government might do to their reputations, to their families."

Pelosi made her remarks while testifying before the commission at a hearing one day before the opening of the Olympics.

The U.S. is one of several nations that has enacted a diplomatic boycott of these Olympic Games, meaning no American government officials will attend.

"The Biden administration will not send any diplomatic or official representation to the Beijing 2022 Winter Olympics and Paralympic Games, given [China's] ongoing genocide and crimes against humanity in Xinjiang and other human rights abuses," White House press secretary Jen Psaki said in December, when the U.S. first announced the boycott.

"We believe U.S. athletes, people who have been training, giving up a lot of blood, sweat, and tears preparing for these Olympics, should be able to go and compete," Psaki continued. "The athletes on Team USA have our full support. We'll be behind them 100% as we cheer them on from home."

Since 2017, the Chinese government has imprisoned more than a million Uyghurs and other Turkic, predominantly Muslim, ethnic minorities in concentration camps in China's northwestern region of Xinjiang.

The Trump administration first declared last year that China was committing genocide in Xinjiang. The Biden administration has also used the term "genocide" to refer to China's persecution of the Uyghurs.

Pelosi's warning wasn't the first from the U.S. government about China seeking retribution against outspoken Americans. In December, the State Department said U.S. citizens visiting China can be detained or deported for "sending private electronic messages critical of the [Chinese] government."

The State Department advisory also said Americans "may be detained without access to U.S. consular services or information about their alleged crime" and urged visitors to avoid demonstrations and "keep a low profile."