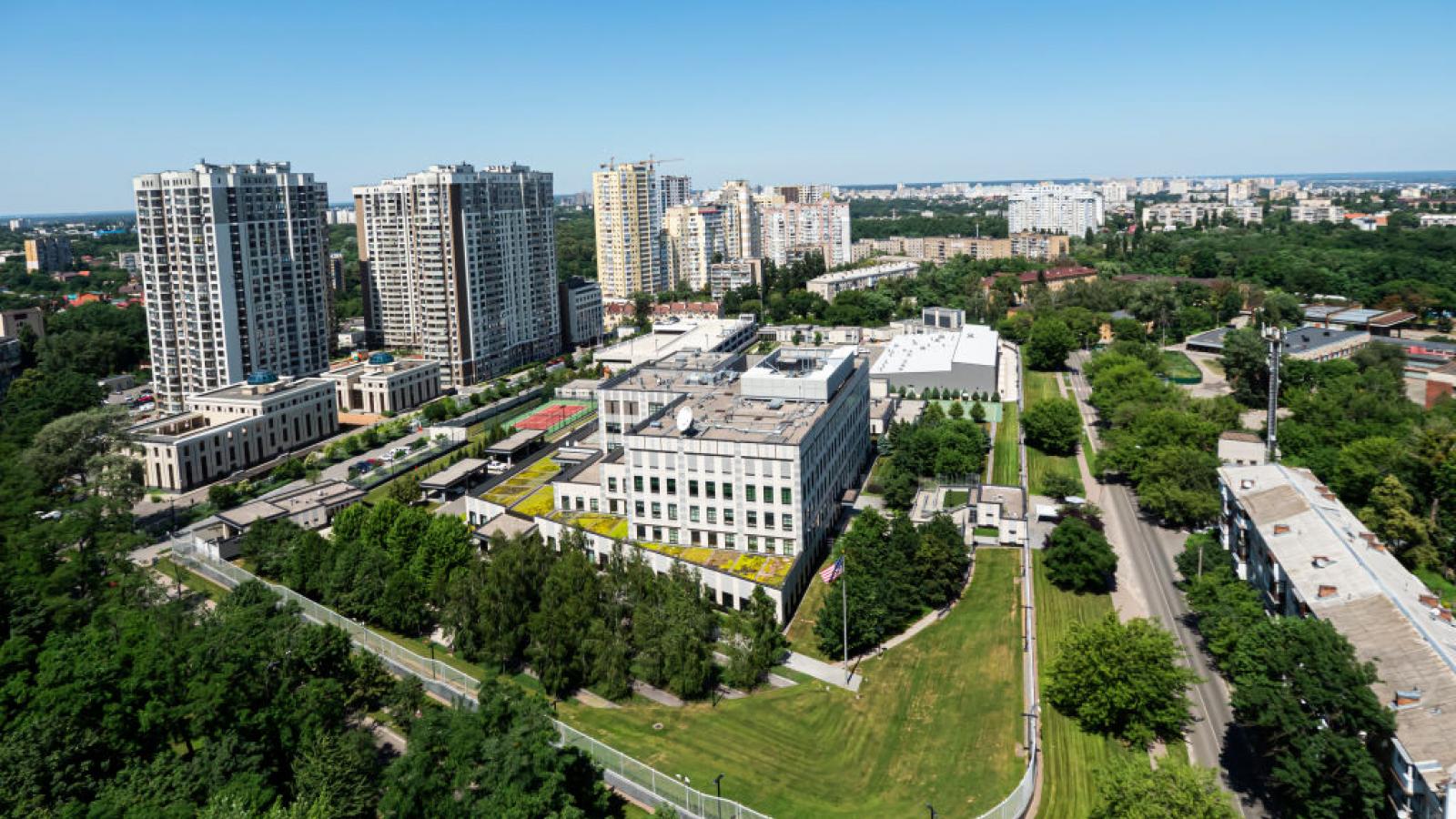 Ukrainian President Volodymyr Zelensky believes Kyiv does not face any "imminent" threats and is safer than "crime-ridden" U.S. cities, a source close to the leader told Buzzfeed News on Monday.

Many Ukrainian officials are reportedly angry over the Biden administration's orders to evacuate diplomats' families and authorization to allow U.S. government employees to voluntarily withdrawal. The decision comes as U.S. Defense Secretary Lloyd Austin has placed 8,500 U.S. troops on "heightened preparedness to deploy given Russia's continuing provocations along its border with Ukraine," according to the Pentagon.

"The fact that the US was the first one to announce [mandatory evacuations and authorization of voluntary withdrawals] is extremely disappointing, and quite frankly these Americans are safer in Kyiv than they are in Los Angeles ... or any other crime-ridden city in the US,” the source close to Zelensky said.

"On the one hand, [Washington tells Ukraine] how we should democratize. We stand with you. It's your right to determine to join the West. We will stand with you against Russian aggression," the source told Buzzfeed about U.S. messaging to Ukraine. "Then Russia turns up the temperature, and they’re the first to leave."

"There are 129 diplomatic missions in Ukraine. Of these, only 4 have declared the departure of the family members of personnel: US, UK, Australia and Germany. The rest, including EU, OSCE, CoE, NATO and UN have not expressed their intention to follow such premature steps," Nikolenko said. "Grateful to our international partners for their solidarity with Ukraine. It is extremely important to avoid activity that could be used in the information space to increase tensions in society and destabilize the economic and financial security of Ukraine."