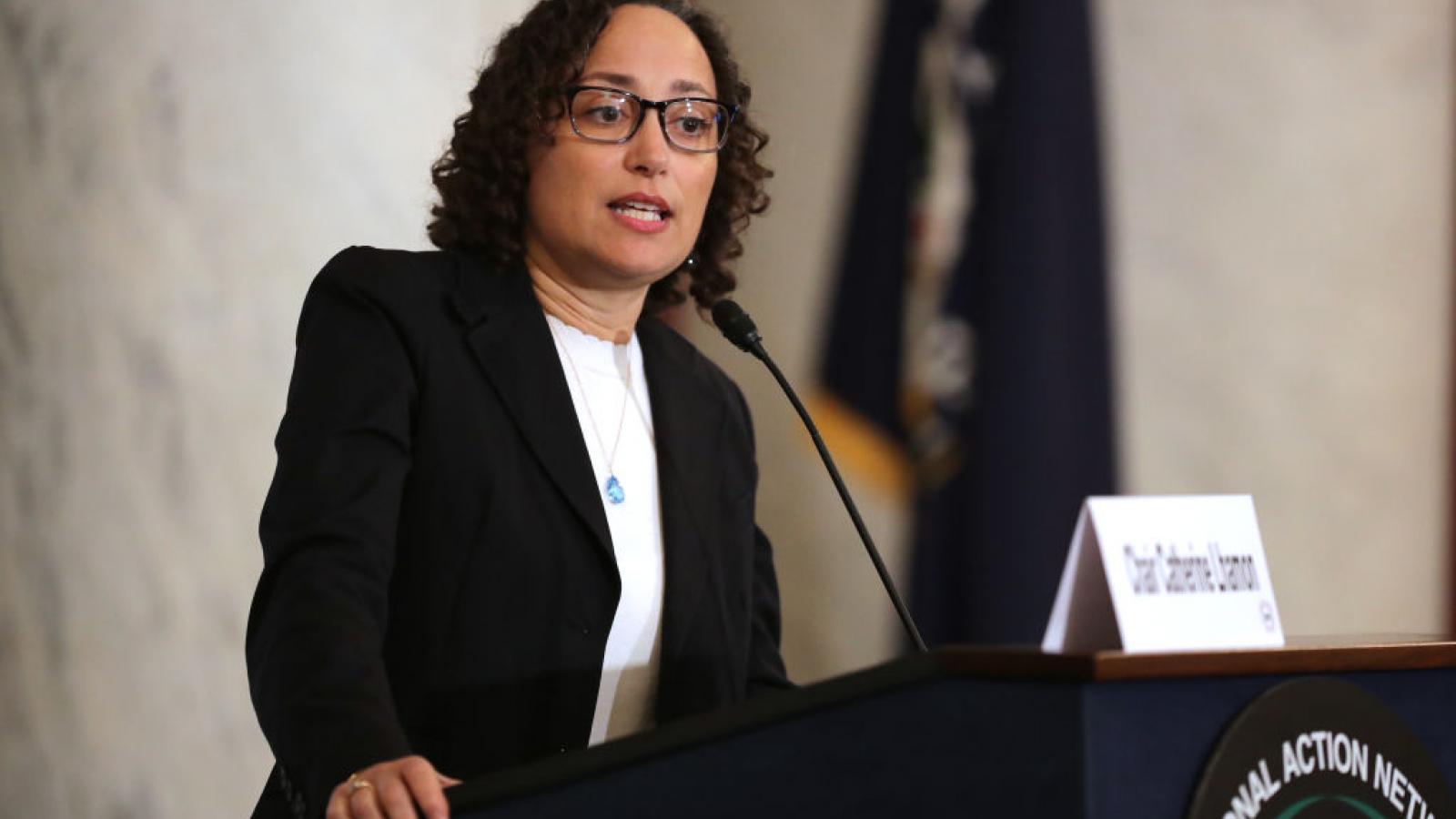 The Biden administration reached back into Team Obama to fill an Education Department slot that oversees civil rights, including Title IX enforcement.

Catherine Lhamon's nomination last month drew immediate concern from advocates of due process and fair procedures in college Title IX investigations because so many court decisions — 200 by one count — have since challenged the approach she and others in the Obama administration took in investigating campus sexual assaults.

Two more rulings arrived this week, from the 8th U.S. Circuit of Appeals and an Iowa district court under its jurisdiction.

University of Minnesota football players accused of sexual assault in 2016 will get a second chance to argue they were the victims of anti-male bias in the campus investigation. The three-judge appeals panel sent the case back to trial, citing pressure on universities from Lhamon's Office for Civil Rights as a "backdrop" for potential bias.

Grinnell College failed to convince a trial judge that it couldn't be liable for bias in an investigation by a hired gun. The "single investigator" practice, where one person plays judge, jury and executioner, was blessed by Lhamon's office but rejected by many courts and then the Trump administration under Education Secretary Betsy DeVos.

As chair of the U.S. Commission on Civil Rights, Lhamon tweeted that DeVos's expected regulatory changes would take victims "back to the bad old days ... when it was permissible to rape and sexually harass students with impunity."

Brooklyn College history professor KC Johnson, who chronicles Title IX litigation, claimed in National Review this week: "Perhaps no public figure in the past decade has done more to decimate the rights of accused students than Lhamon."

David French, a longtime civil liberties attorney for accused students, highlighted a settlement in a lawsuit prompted by Lhamon's procedures a week before her nomination.

"Largely below the radar is one of the most sweeping bipartisan judicial rejections of an administration's policy in decades," he tweeted, which has also "cost universities millions" in legal fees and settlements.

Lhamon's nomination is not on the Senate Health, Education, Labor and Pensions (HELP) Committee calendar as of Thursday. Spokespeople for Chairwoman Patty Murray and Ranking Member Richard Burr did not respond to queries from Just the News.

Johnson told Just the News he hasn't heard from any lawmakers about her nomination. "It's as if this isn't an issue that engages Repub legislators at all," he wrote in an email.

But the Foundation for Individual Rights in Education, which called on senators to extract certain promises from Lhamon, predicted her nomination would face "serious opposition" in the Senate due to her previous stint at OCR.

Joe Cohn, legislative and policy director, noted previous criticisms by former Republican senator and HELP Committee Chair Lamar Alexander as well as Sen. James Lankford. "Her record demonstrates a lack of respect for the constraints on OCR’s authority to create binding requirements ... as well as a lack of a concern for the rights of the accused," he said.

Just the News could not find a way to reach Lhamon, who joined the Biden White House's Domestic Policy Council for Racial Justice and Equity earlier this year. The civil rights commission declined to provide a contact and the Department of Education didn't respond to a query.

Though it was Lhamon's Obama administration predecessor who released the 2011 Title IX "guidance" that prompted colleges and universities to drastically revise their sexual misconduct policies and practices, Lhamon made the threat clear.

Schools were risking their federal funding if they did not lower evidence standards and prevent any form of cross-examination, among other changes. Pressure from Lhamon's office led Princeton University and Harvard Law School in 2014 to adopt the department's preferred "preponderance" standard and let accusers appeal not-guilty verdicts.

Another guidance document in 2013 put free speech and academic groups on notice, expanding the definition of sexual harassment to include "unwelcome conduct of a sexual nature," including offensive but legally protected words.

Litigation prompted by changes made under Lhamon's threats is still chugging through the courts. Though the Trump administration rescinded the guidance more than three years ago, few colleges changed their policies in response.

The 8th Circuit ruling Tuesday against the University of Minnesota found that the accused football players, all black, made "plausible claims" of sex discrimination but not racial discrimination.

The district attorney declined to file charges, based in part on video evidence that the "group sex" with a cheerleader was consensual. The university opened its own investigation.

Investigator Tina Marisam allowed the cheerleader to "refine her allegations" several times in response to the football players' individual statements and review Marisam's summary, but didn't let the players do the same, the ruling noted.

Marisam found the accuser more credible "by emphasizing minor inconsistencies" in the players' statements while "minimizing or ignoring her inconsistent statements," the players claimed. The investigator faulted the players for purportedly withholding evidence but not the cheerleader for doing the same, including one of the videos showing consensual group sex.

The three-judge panel found that the 2011 guidance, combined with "external pressure from public attention" and Marisam's alleged motive to railroad the players based on an earlier investigation, created a plausible claim of anti-male bias against the players.

The team imposed a short-lived boycott in response to their teammates' suspensions, prompting some groups on campus to pressure administrators to side with the accuser. Then-President Eric Kaler made public statements before their adjudication hearing that created a "lynch mob" mentality against the players, they claimed.

The court highlighted comments by the athletics director that the players should be suspended "because of optics" — past criticism of the university for "an inept response" to sexual harassment claims against his predecessor.

The University of Minnesota faced investigation by Lhamon's office two years earlier for favoring male athletes in funding and tolerating a coach's sexual harassment of a female athlete, whom it paid a $250,000 settlement. This plausibly motivated officials to discriminate against accused male athletes to show their "ongoing compliance with Title IX," the court said.

The former justice found that Moe violated the college's sexual misconduct policy with each accuser, citing a pattern of "harmless or innocuous physical contact" that escalated into sexual activity. Grinnell College rejected Moe's appeal claiming that Ternus made "substantial errors" with evidence, and expelled him as Ternus recommended.

The private college, for now, only challenged Moe's sex discrimination claim. It said he asserted a theory of liability not allowed under Title IX, the "cat's paw," meaning that Ternus was a "biased subordinate" who used a "formal decisionmaker as a dupe" to punish Moe.

Ebinger rejected this characterization of the hired adjudicator's role. She was an "official decision maker" on behalf of the college, and her findings that Moe was guilty was the basis for Grinnell's expulsion.

The 8th Circuit "has not foreclosed suits by students against their universities under Title IX for biased disciplinary procedures," even under the cat's paw theory, the opinion reads. They are allowed to demonstrate such bias with evidence about investigation and adjudication procedures, the judge said, citing an 8th Circuit ruling against the University of Arkansas last year.