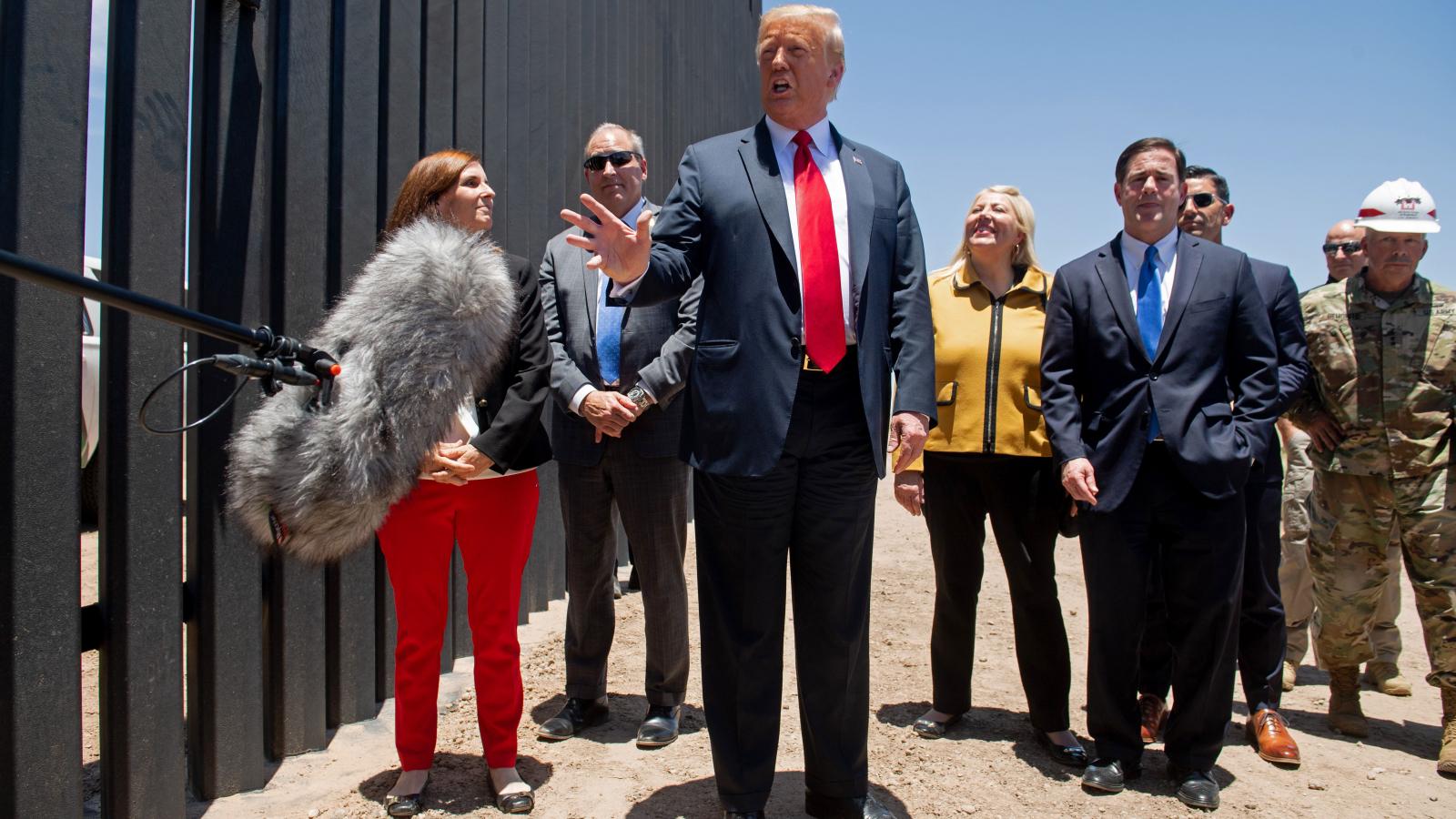 President Trump visits a section of the growing border wall in Arizona in June.
SAUL LOEB/AFP via Getty Images
By Joseph Weber

The Centers for Disease Control and Prevention will issue an order this week on how the U.S. will address the issue of migrant children under the larger public health order that prevents immigrants from seeking asylum in the United States.

The CDC plan was revealed Tuesday by Assistant U.S. Attorney Brian Stoltz at a court hearing in Fort Worth, Texas, according to the Associated Press.

The health order was put in place by the Trump administration amid the pandemic. And the Biden administration is under pressure from pro-immigration groups to lift the order, considered the last major Trump-era restrictions on asylum at the border.

Stoltz told a federal judge the CDC will release "a new order on the subject of the children" by the end of the week. The order will purportedly revise a Biden administration policy announced in February that exempts unaccompanied children from the asylum ban.

The hearing was related to a lawsuit that Texas brought to compel enforcement of the public health order the Trump administration used to remove recent migrants during the coronavirus pandemic.

Stoltz said the CDC order will essentially render Texas' arguments moot but did not elaborate.

The CDC, in a three-paragraph order signed by its director, Dr. Rochelle Walensky, on Feb. 11, exempted unaccompanied children from being expelled to Mexico until “a forthcoming public health reassessment,” which has yet to be published. Texas argues in its lawsuit that the administration’s justification was insufficient, the wire service also reports.