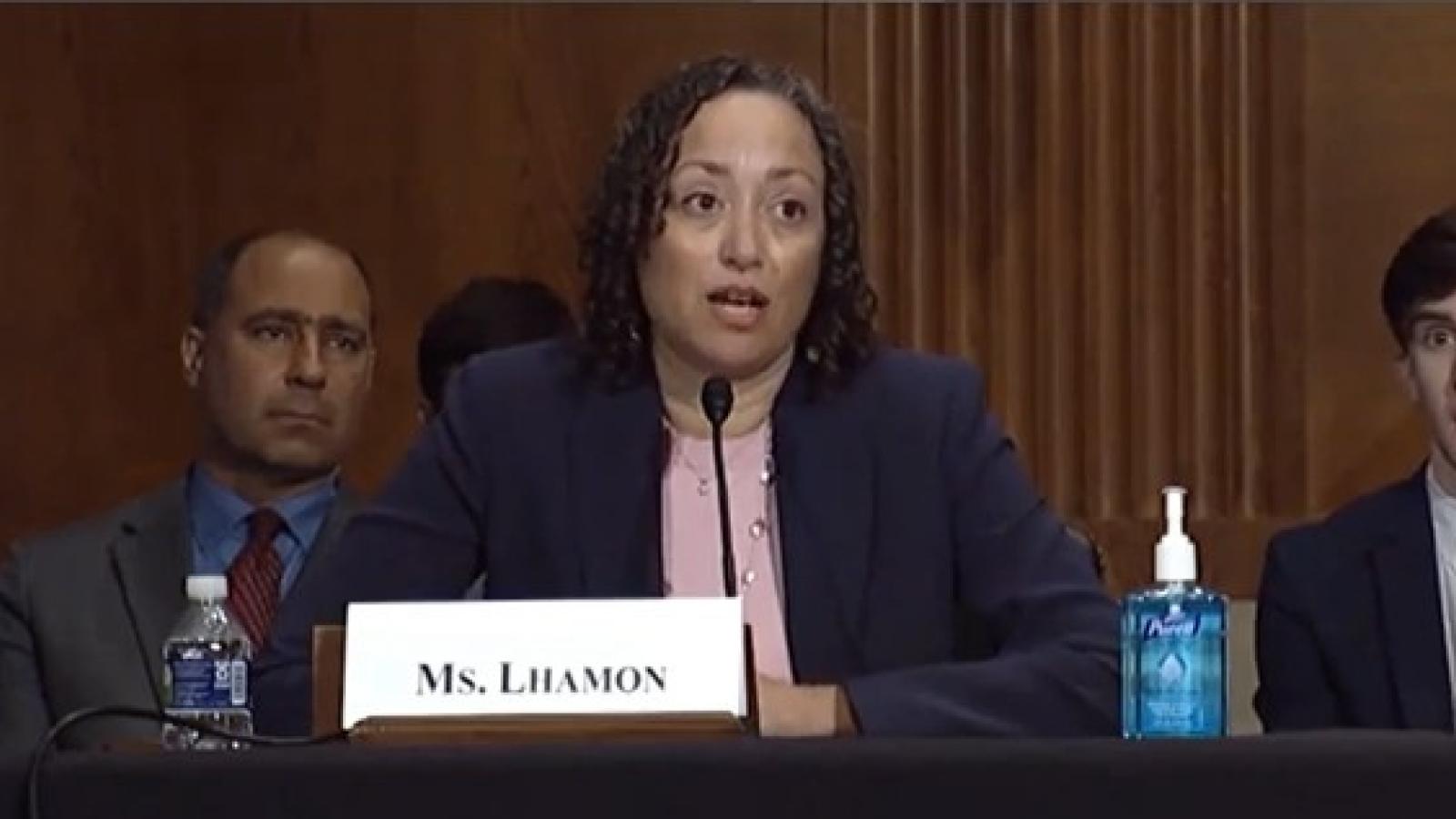 The Biden administration's nominee to lead the Department of Education's Office for Civil Rights told a Senate committee Tuesday that a year-old Title IX regulation does not require the presumption of innocence for students accused of sexual misconduct.

The claim drew bafflement from critics of Catherine Lhamon, who held the same job in the Obama administration's second term.

In response to threats from Lhamon to pull their federal funding, colleges lowered evidentiary standards and enacted policies that treat accusers more favorably than accused students. Courts have been steadily reining in those practices, sometimes citing the pressure from Lhamon's office as evidence of bias.

Asked by North Carolina Republican Sen. Richard Burr, ranking member of the Health, Education, Labor and Pensions Committee, if she would support "keeping a presumption of innocence requirement" in the Title IX regulation if it were changed, Lhamon twice answered that it doesn't currently exist.

She told members at the confirmation hearing Tuesday that the Trump administration Title IX regulation "took pains to note that criminal procedure does not apply in schools," making a technical distinction between the terminology of criminal versus administrative proceedings. Pressed again, she said "I couldn't keep something that is not there."

Former Education Secretary Betsy DeVos emphasized the "presumption of innocence" when she published the final regulation in May 2020. The phrase "presumption of non-responsibility" — the technical term for innocence in administrative proceedings — appears dozens of times in the regulation, and it means colleges must "adjudicate based on evidence rather than beliefs or assumptions" before reaching a conclusion.

The coauthor of "The Campus Rape Frenzy," Brooklyn College professor KC Johnson, said Lhamon's characterization of the regulation was "inaccurate." Writing in RealClearPolitics, he said she slightly walked back her statement later in the hearing, saying Title IX adjudicators should be "open to the possibility" but not presume from the start that an accused student is not responsible for sexual misconduct.

She declined to modify her May 2020 criticism of DeVos's regulation, reiterating to Republican Sen. Bill Cassidy that she still believed "the regulation permits students to rape and sexually harass with impunity." Asked for evidence, she cited a years-old allegation against former USA Gymnastics team doctor Larry Nassar, according to Johnson.

Lhamon is "engaging in semantics," Reason editor Robby Soave wrote. Her view that "colleges and universities are under no obligation to assume that people accused of sexual misconduct are innocent until proven guilty is thus a startling admission."

The Senate committee does not yet have another confirmation hearing or a vote scheduled for Lhamon's nomination.