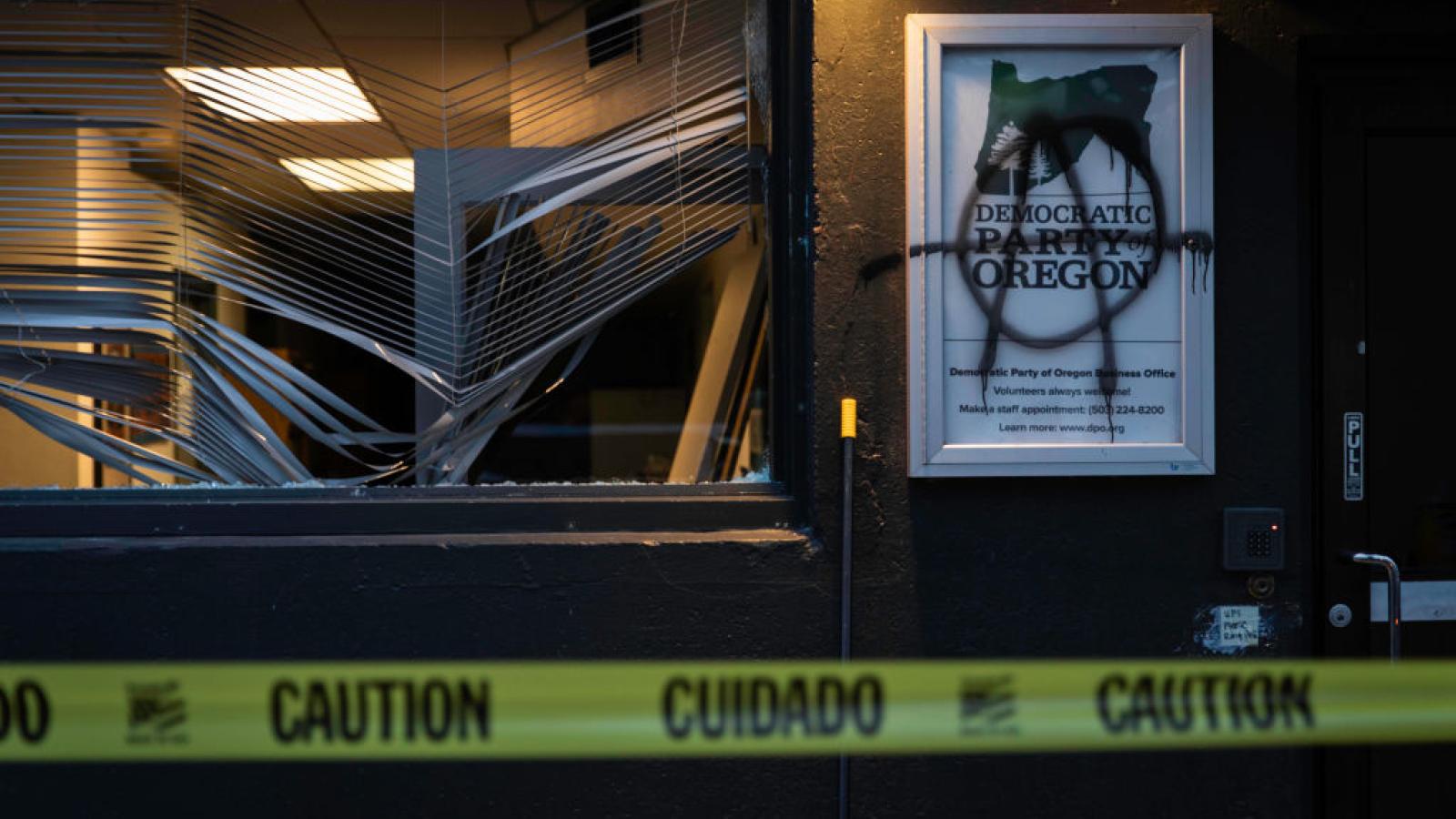 "The community is sick and tired of people engaging in criminal destruction and violence and doing it under the guise of some noble cause," Wheeler, a Democrat, said during a news conference Monday, according to the Associated Press.

The progressive, Northwest city has been hard hit by such demonstrations and the far-left groups that have attached themselves to the social justice movement – torching businesses and government building in acts of anarchy that have shuttered much of Portland since the May 2020 death of George Floyd while in Minneapolis police custody.

Portland officials say many events have been peaceful, but there continues to be small groups smashing windows of businesses, threatening community members and assaulting police.

The situation resulted in city leaders and elected officials also on Monday coming together to demand an end to the violence, criminal destruction and intimidation by "anarchists."

A frequent target of such destruction is the Mark O. Hatfield Federal Courthouse, where federal officers had been stationed.

The Oregonian/OregonLive reported the Justice Department has spent at least $1.5 million to repair damage to the courthouse.

On Friday, about 100 people marched through the Pearl District, smashing windows and blocking the street using chairs and tables from outdoor dining areas. Officers discovered numerous items left behind by the group including a crowbar, hammers, bear spray, slugging weapon with rocks, high impact slingshot and knives.

At least 13 people were charged with crimes, the Associate Press also reports.

"I want to be clear that this was not a protest group,” said Chris Davis, Portland’s assistant police chief. "This was a group of people who have come to believe that they are entitled to damage other people’s property, threaten community members and assault police officers.”

Police said it was the same group they have encountered throughout the past nine months. Officials refer to the group as "self-described anarchist left" that is made up of mostly young white men.

"The misguided and miseducated anarchists reject civility and instead intentionally create mayhem through criminally destructive behavior tearing up our city. This must stop," said former state Sen. Avel Gordly, the first black woman to be elected to the Oregon state Senate, the wire service also reports.