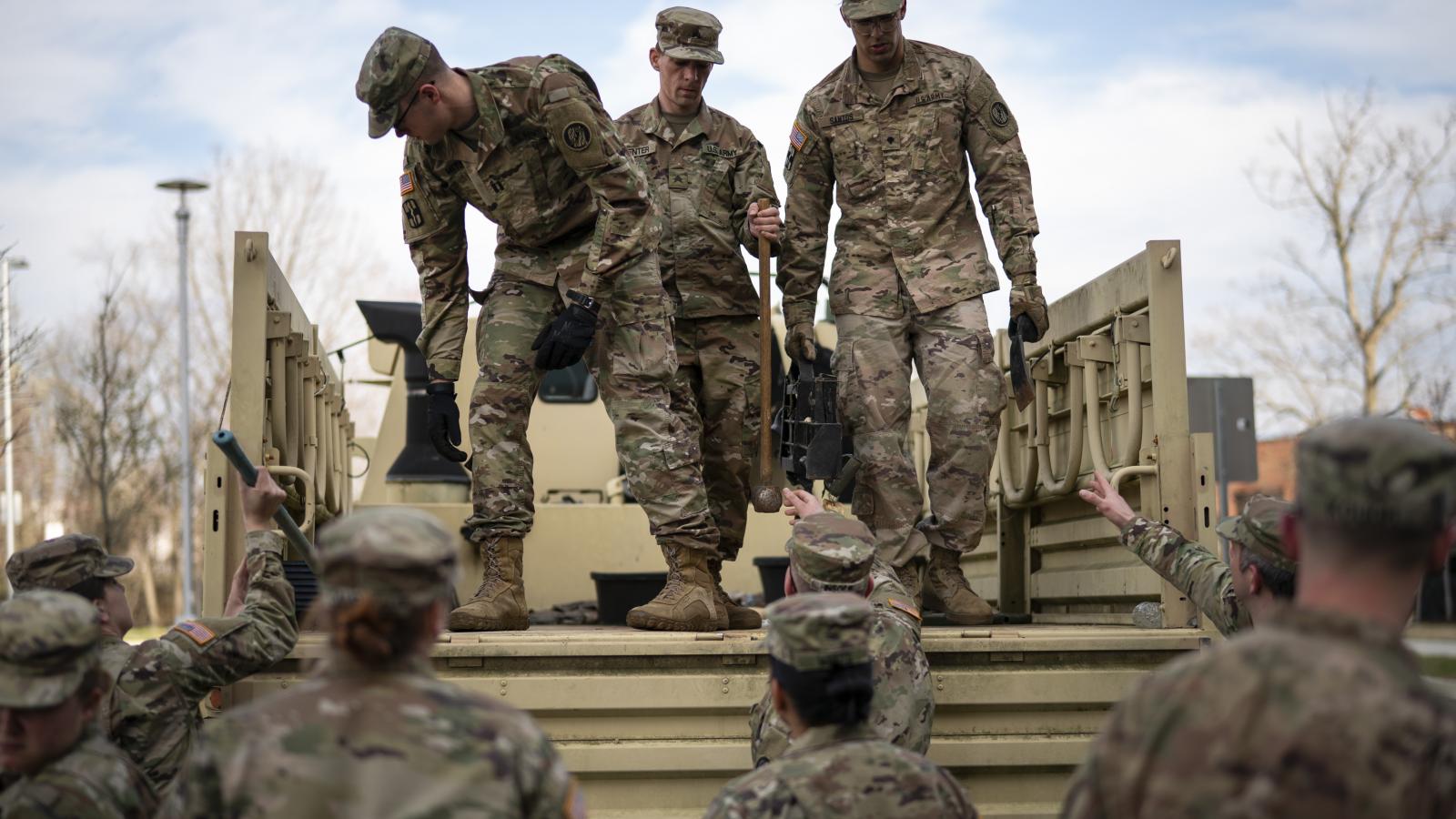 The Army has dispatched an in-house criminal investigation into a potential theft of a rifle from the D.C. National Guard.

An army spokesperson confirmed Thursday that an M4 assault rifle went missing on about March 11. The rifle allegedly went missing while National Guardsmen were training in Virginia, according to Politico.

The rifle, along with its scope, went missing while members of a National Guard quick reaction force were training at a weapons range in Fort A.P Virginia. The group was formed in response to protect the U.S. Capitol.

The Army's Criminal Investigation Command notified the National Guard in the district on Tuesday about the probe. All guardsmen present at the range gave their statements about their time, place, and recollection of events when the rifle reportedly went missing.

The army is looking into potential criminal activity, according to those familiar with events.

The incident follows the Defense Department announcing it looking into alleged extremists in the military, Politico also reports.