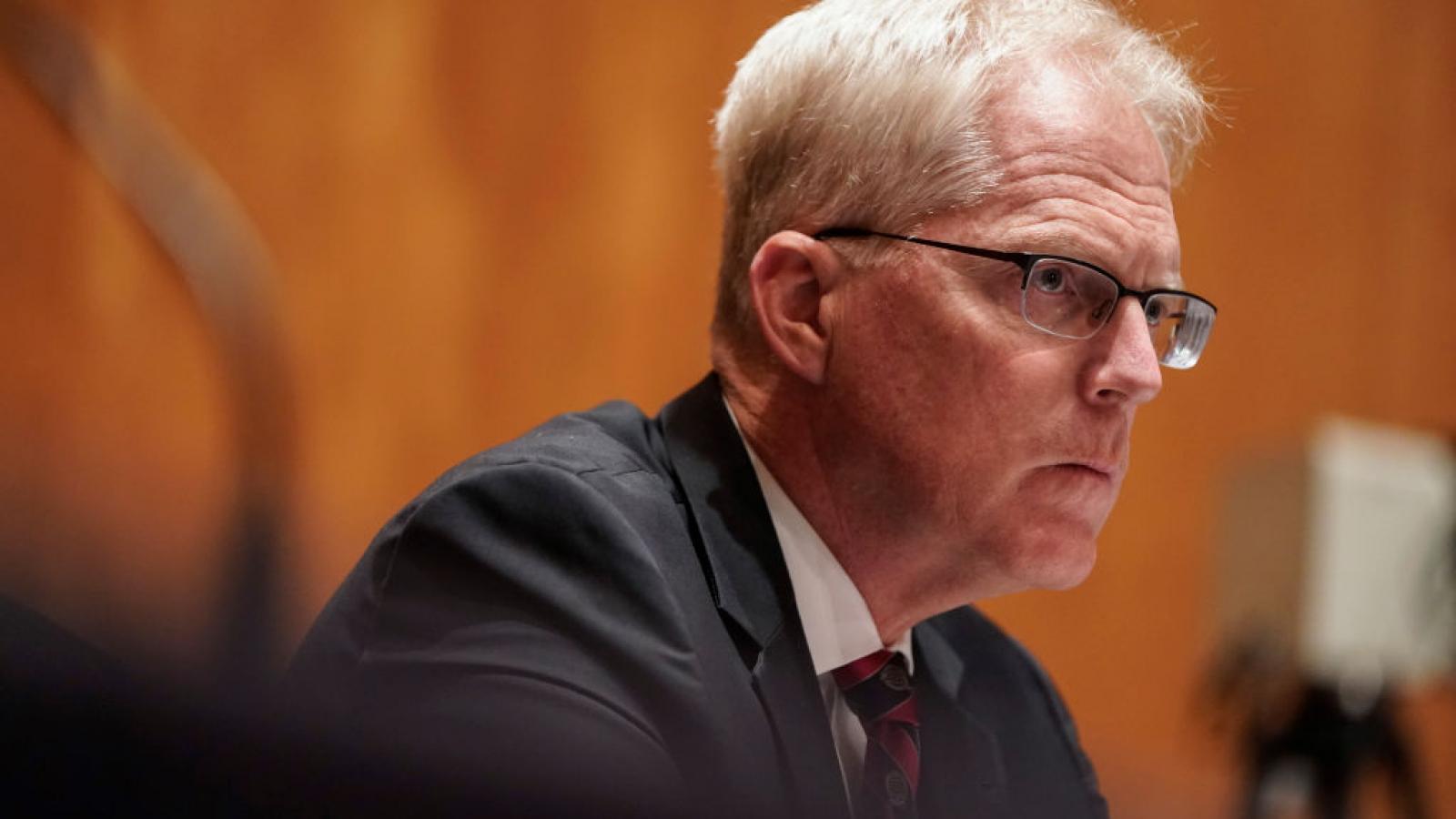 Threatening such a move would "absolutely blow Putin's mind and would completely desynchronize him," said Chris Miller, who served as acting defense secretary for Donald Trump.

Miller made his comments Wednesday on the John Solomon Reports podcast.

International tension has spiked in recent months, as Russia has stationed equipment and more than 100,000 troops along its border with Ukraine. Additionally, Russia has issued ominous statements about "the start of a countdown" and claims that Moscow is being "provoked." But the Kremlin also has said that it has no plans to invade Ukraine, while intimating that the West is fomenting panic.

Putin — a "straight up bully" — is crafting a situation that works to his own advantage, Miller said.

"Vladimir Putin is playing an enormously bad hand of cards exceptionally well," Miller said. "He's got a pair of deuces, right? He's acting like he has a royal flush, and he just keeps bluffing."

The U.S. should call that bluff and force Putin to back down, the former defense chief said.

Biden should appear on television, Miller said, and make the following announcement:

"Dear Vladimir Putin, thank you for your interest in Europe. We're very interested, as well. I am going to redeploy three of our Army divisions back to Europe. One is going to go to Poland. It'll be there in about a couple months. The second division is going to go to Lithuania ... and they're going to be there by the summer. And by the new year, we're going to have our third division that's going to be sitting in the Ukraine. I look forward to your call soon."

The threat would allow the U.S. to switch up the "cat and mouse" dynamic, Miller said..

"Right now, we're on the defensive," he said. "We're reacting. Just like football, defense gets you only so far. Then you have to have something that your opponent responds to."

Miller, a former Green Beret, likened the Ukraine situation to a standoff between schoolyard adolescents.

"Strength is the only thing that these bullies understand," Miller said. "It's just like being on your junior high playground. How do you handle a bully? You got to stand up to him."

The U.S. continues to warn that Russia soon could invade Ukraine.

The U.S. has repeatedly announced that Moscow plans to stage a "false flag" provocation in order to justify an attack on Ukraine, and has said that the attack is "imminent." The State Department on Monday shuttered its main embassy in Kiev, and moved the operations to the western city of Lviv.