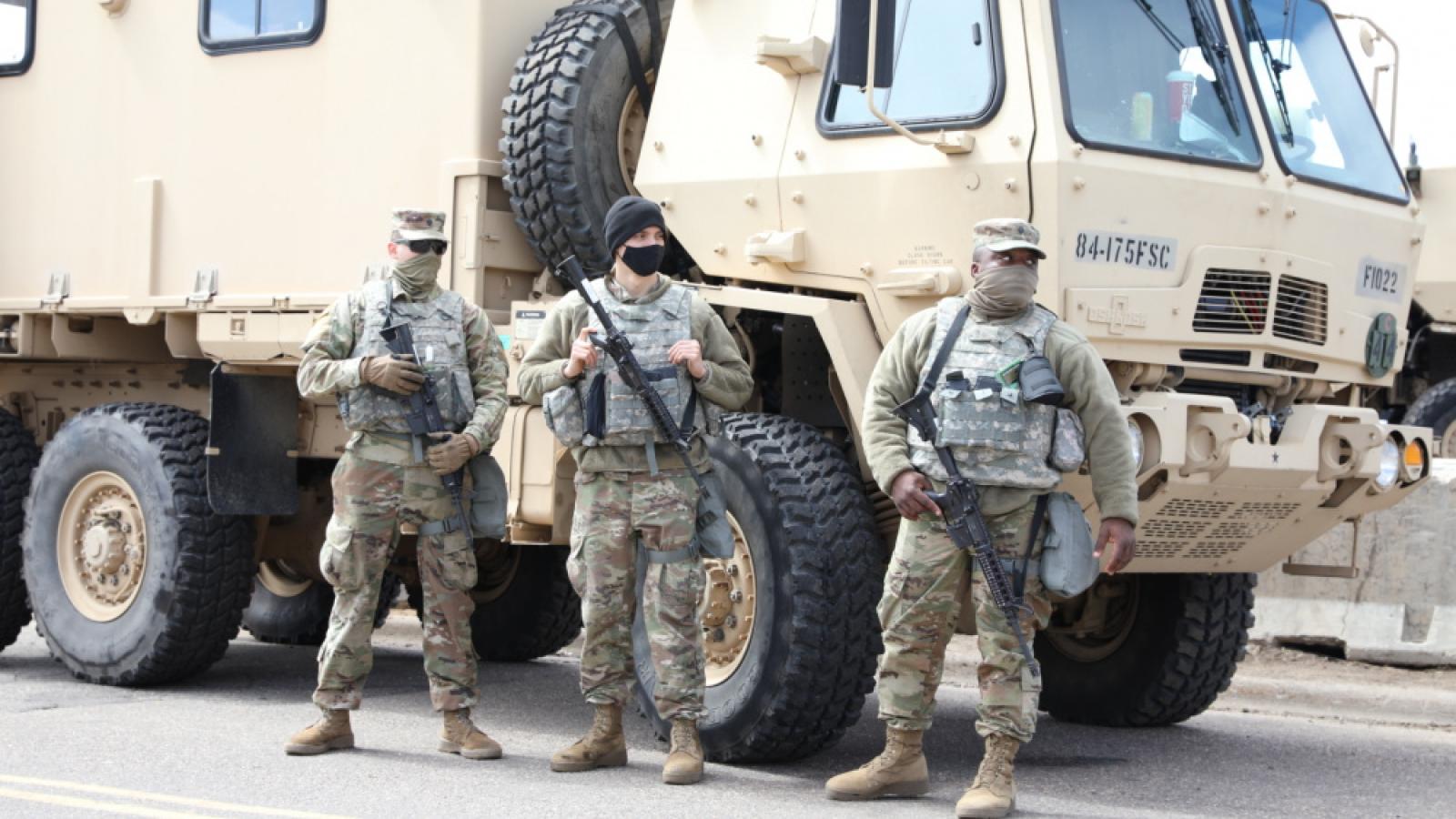 Soldiers from the Minnesota National Guard are on increased standby alongside local police, awaiting a verdict following Monday's closing arguments in the trial of Derek Chauvin. The former Minneapolis police officer is on trial for the death last year of George Floyd.

"The eyes of the world are watching our city, are watching our region, our county and our state," said Minneapolis Police Chief Medaria Arradondo in a Monday afternoon news conference. Speaking while surrounded by security officials and local citizens, Arradondo noted that the community has brought the region through difficult times, and will provide strength "for us to move forward."

While a sheriff's official urged "everyone" to commit to de-escalation in the coming week, the front line responders maintained their city-wide stations as part of Operation Safety Net [OSN] – a partnership between the National Guard and civilian law enforcement.

The groups formed the partnership to ensure peaceful protest while also protecting lives and property.

"Part of the reason we need to do this level of planning is we have concerns that people exercising their rights around both the trial itself, the death of George Floyd, and other related issues may be targeted," OSN officials wrote in a statement. "Extremist groups have before, and might again, view these issues and the trial as an opportunity to do harm."

The group issued a list of activities that are encouraged and others that are against the law. Among the banned actions are setting fires, throwing objects and disrupting a freeway.

"We're here to protect people, freedom of speech and property," officials wrote in a statement. "If you're active, be peaceful. And always be safe."

On Sunday, a team from Operation Safety Net was fired upon in a drive-by shooting. Two members of the National Guard sustained minor injuries.