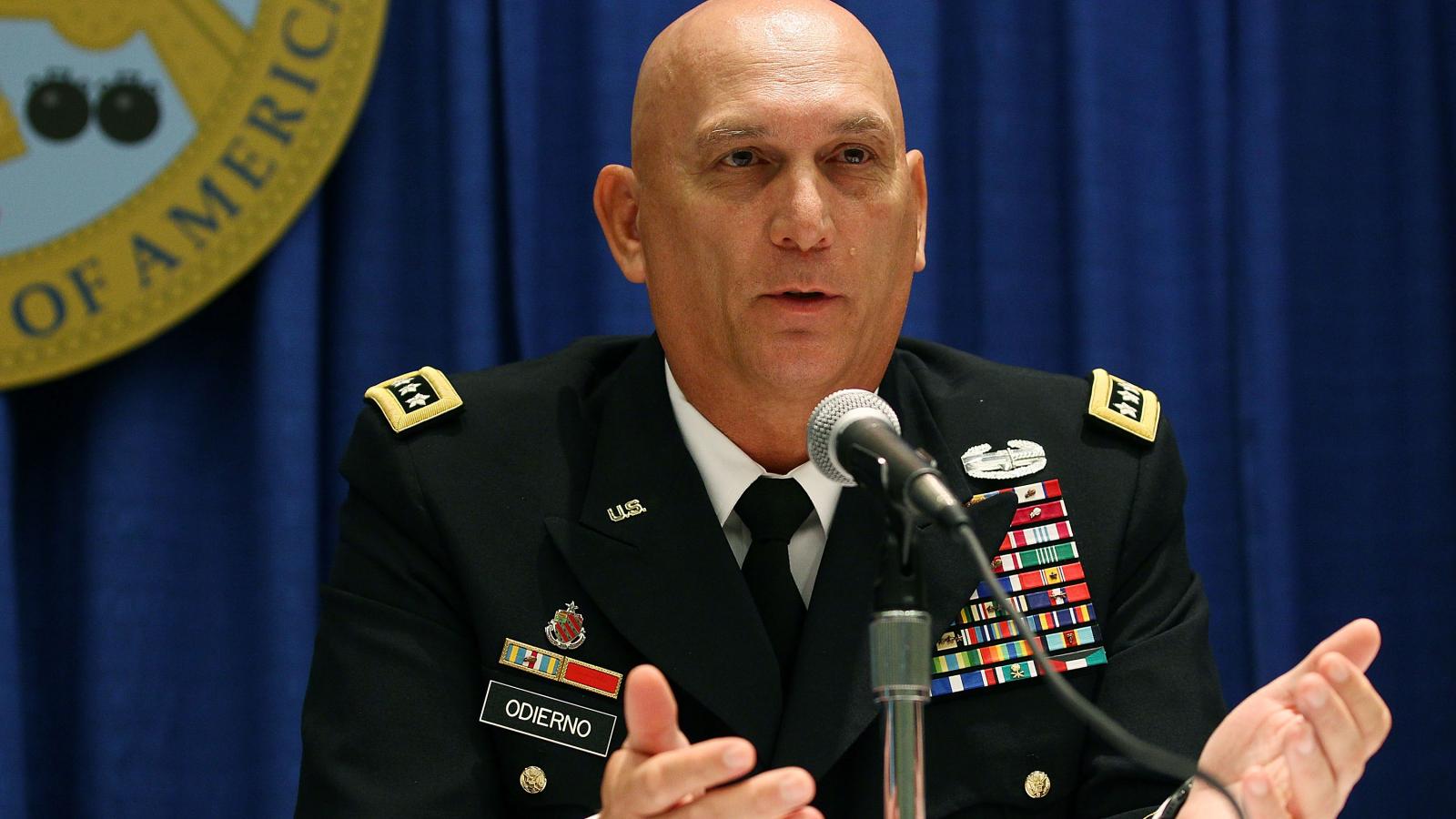 Retired Army Gen. Raymond Odierno, who commanded U.S. forces during the Iraq war before rising to become the Army’s chief of staff, has died of cancer. He was 67.

“The general died after a brave battle with cancer; his death was not related to COVID,” his family said. “There are no other details to share at this time. His family is grateful for the concern and asks for privacy.”

Odierno died Friday; the family declined to say where. It said funeral and interment information was not yet available.

Remembrances and praise flowed from across the United States. President Joe Biden called Odierno a “hero of great integrity and honor” while former President Barack Obama lauded him for his "deep knowledge, steady leadership, and strong judgment.

"It’s why I trusted him to help come up with the plan to withdraw U.S. combat forces from Iraq, and to execute it in a way that kept our forces and the Iraqi people safe," Obama said. "... Today, our military is stronger and the world is safer thanks to Ray’s service, and for that I will always be grateful."

Rep. Elise Stefanik, the No. 3 Republican in the House, said she had the opportunity to work with Odierno while serving on the House Armed Services Committee and he was "a true American hero and dedicated patriot."

A former football player and with an imposing 6-foot-5 frame and a signature shaved head who friends fondly called "Ray," Odierno grew up in Rockaway, N.J., before going to West Point. He served three tours of duty in Iraq, leading the Army division that captured deposed Iraqi leader Saddam Hussein.

He was a mentor and contemporary to many of today's military leaders, including Defense Secretary Lloyd Austin and Gen. Mark Milley, the current chairman of the Joint Chiefs of Staff.