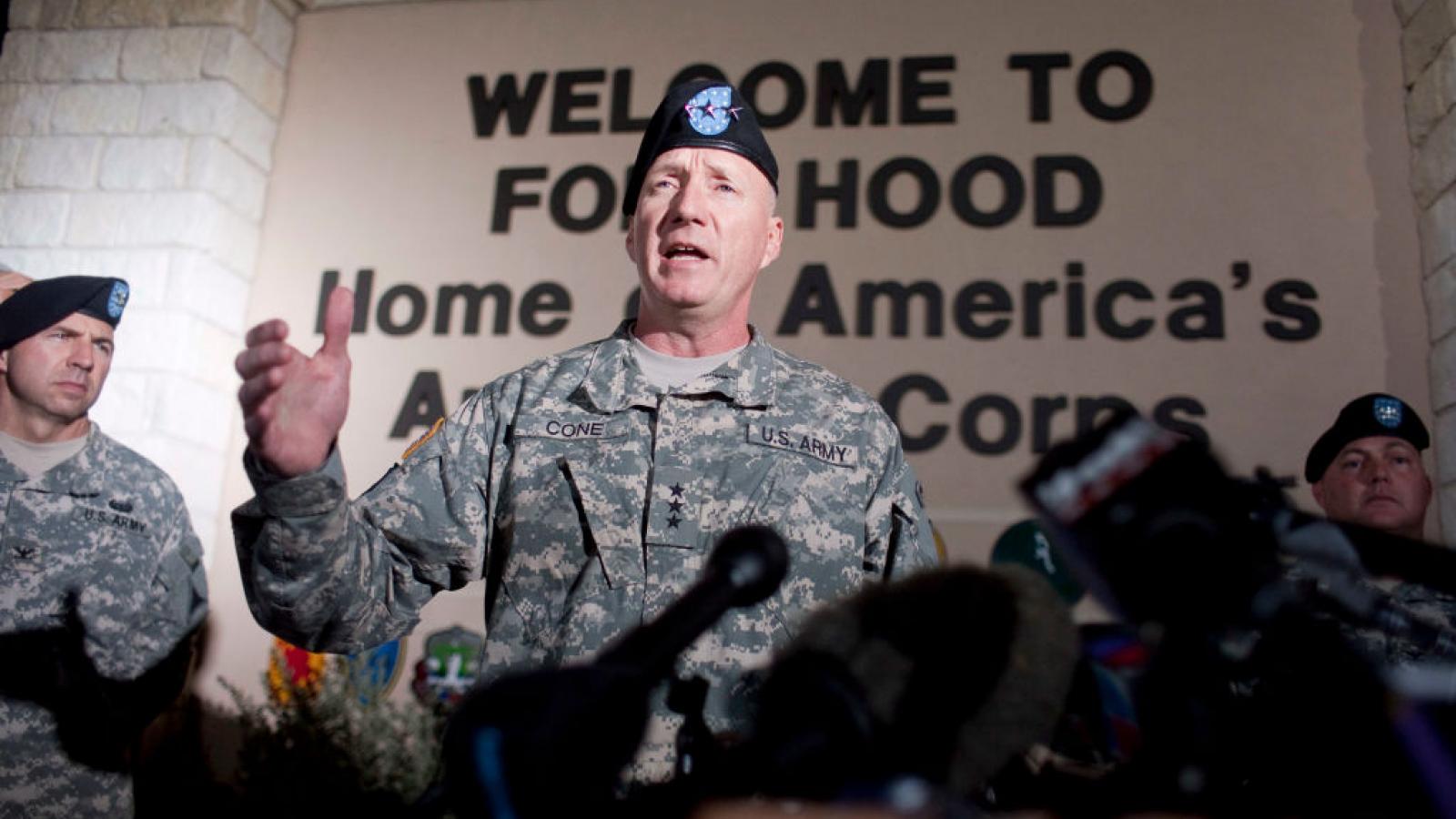 The former U.S. Army major and radical Islamic terrorist who murdered 13 people at Fort Hood, in Texas, in 2009, has penned a death row letter in which he hails the Taliban's Afghanistan takeover.

Hasan also wounded over 30 others in his attack. In August 2013, he was found guilty on multiple counts of murder and attempted murder and sentenced to death.

"Congratulations on your victory over those who hate for the Laws of All-Mighty God to be supreme on the land," Hasan also wrote in the letter dated Aug. 18, a few days after the Taliban took control of the Afghanistan capital city of Kabul. "I pray to Allah that He helps you implement Shariah Law full, correctly and fairly."

Hasan is a self-described "soldier of Allah'' and reportedly shouted "Allahu Akbar" during his Nov. 5, 2009, shooting attack at the base in Killeen, Texas, in which was paralyzed from the waist down by a bullet.

"I’m not at all surprised by Maj. Nidal Hasan’s recent statement – he's always been consistent in the terms of his support for the governments to be rooted upon Sharia law," said Galligan, according to the Washington Examiner.

Galligan, who is appealing Hasan's court-martial conviction and death sentence, also said "Given the Taliban victory in Afghanistan and President Biden's apparent capitulation on many fronts, Nidal Hasan and I are anxious to see what, if any, action will be taken with respect to the individuals still incarcerated at Guantanamo."