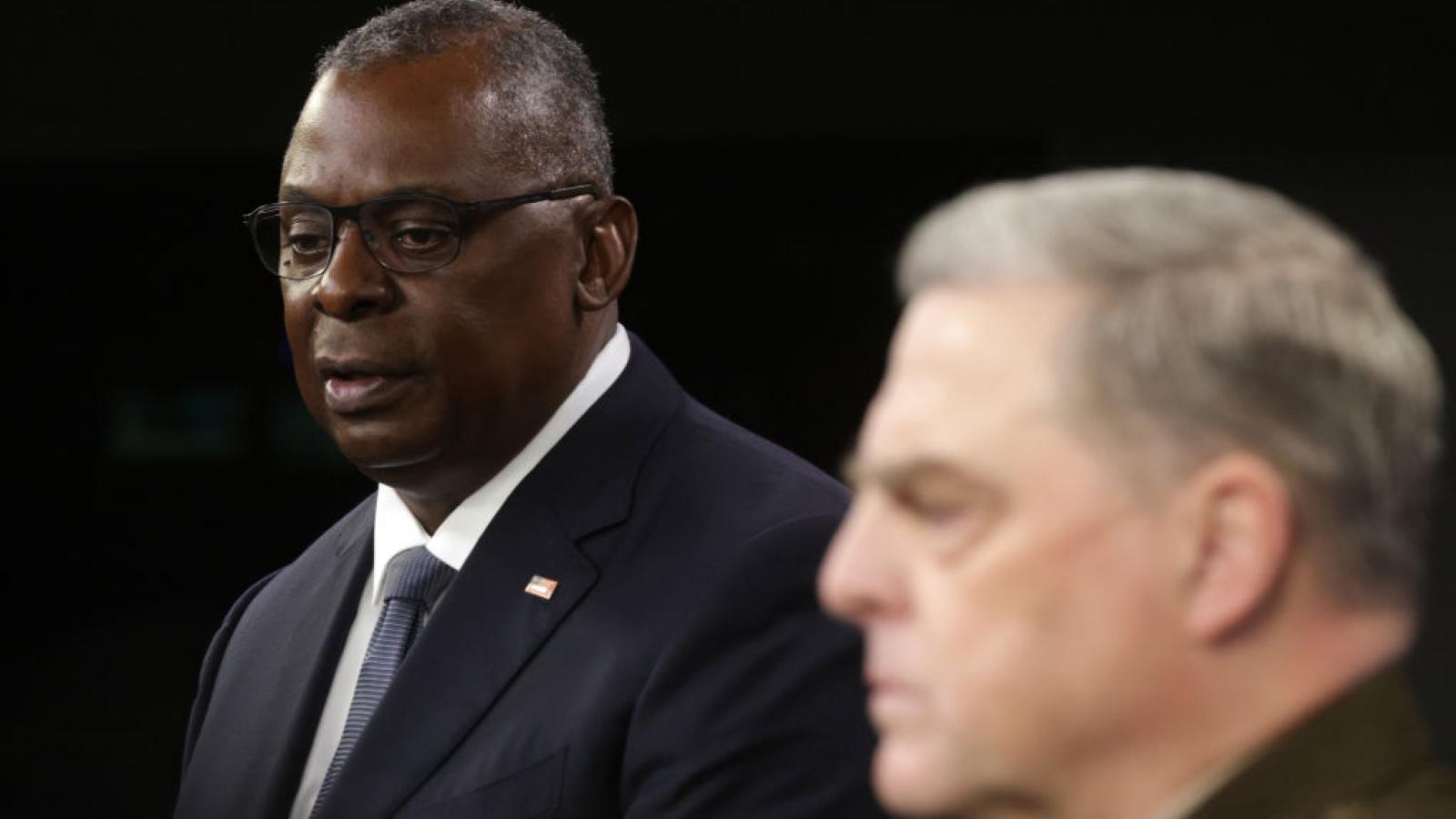 As lawmakers demand answers from the two top Pentagon leaders on issues ranging from the botched U.S. exit from Afghanistan to surreptitious direct contact with an adversary, U.S. defense chief Lloyd Austin shifted focus toward what one insider terms a "convenient fakeout."

Austin on Wednesday sent a memo to all Department of Defense personnel, advising them to be on the lookout for Anomalous Health Incidents (AHI), otherwise known as Havana Syndrome.

A 2020 report by the National Academies of Science found "directed, pulsed, radiofrequency energy" was the most plausible explanation for the symptoms, which first were reported by American government personnel stationed in Havana, Cuba.

Although some 200 American officials have reported since 2016 that they were hit with the syndrome, Austin's note comes at a time when he and Chairman of the Joint Chiefs of Staff Mark Milley are under scrutiny over numerous recent events that they personally have been involved in.

"It's interesting that Austin chooses this moment to sound the alarm on Havana Syndrome, which he's known about for a long time," one senior defense official told Just the News. "It's like a convenient fakeout."

The memo from Austin outlines the history and symptoms of AHI, and explains how to report it.

"Over the course of the last several years, and predominantly overseas, some DoD personnel have reported a series of sudden and troubling sensory events such as sounds, pressure, or heat concurrently or immediately preceding the sudden onset of symptoms such as headaches, pain, nausea, or disequilibrium (unsteadiness or vertigo)," Austin wrote.

The defense chief pledged to find the source of the syndrome, and to make sure its victims receive quick medical care.

"Timely reporting is essential and starts with you knowing what to do if you experience AHI," Austin wrote. "If you believe you have experienced a sensory event with the new onset of such symptoms, immediately remove yourself, coworkers, and/or family members from the area and report the incident and symptoms to your chain of command, security officer, and medical provider."

Shortly before the memo was published on Wednesday, Austin was placed on notice that lawmakers want to talk to him about Afghanistan. Senate Foreign Relations Committee Chairman Bob Menendez noted on Tuesday that even though Austin declined a request to testify before the Senate regarding Afghanistan, he could be compelled to appear.

Menendez disparaged the Biden administration's Afghanistan withdrawal plan, and called out Austin for refusing to appear on Sept. 14 for questions under oath.

"I'm very disappointed that Secretary Austin declined our request to testify today," Menendez said at the hearing. "I expect the secretary will avail himself to the committee in the near future. And if he does not, I may consider the use of committee subpoena power to compel him."

Intense scrutiny also is being directed at Milley, who drew ire when controverisal actions were revealed in a forthcoming book.

Milley's alleged actions include secretly calling the top military officer in Beijing, and holding a clandestine gathering of American military officers to demand that they only obey command orders that came through Milley, according to the authors of a forthcoming book.

The actions are described in "Peril," by Washington Post journalists Bob Woodward and Robert Costa. Milley took the unprecedented actions because he was afraid Trump might launch a nuclear strike, the authors wrote.

Milley in a statement confirmed that the anecdotes in the book are true, but couched them as normal procedure, further inflaming those who described his actions as dangerous.

"We could have a nuclear war over a mistake because the general is going outside the line of command to insinuate something that nobody believes to be true, but actually could have started a war," Paul told the John Solomon Reports podcast. "So really, instead of actually calming tensions, he could have actually started an accidental war."

Others have called for Milley to resign or be sent before a court martial.

Critics so far have not asked for punitive measures to be used against Austin. The memo regarding Havana Syndrome may be part of an attempt by Austin to distance himself from controversy, the defense official said.

"He is sending the message that he is doing his job," the official said.

In an appeal to personnel, Austin wrote: "Your help and vigilance will help our efforts to fully understand the nature of these incidents. For our part, rest assured we will continue to provide updates on AHi through internal DoD information channels."

Austin retired from the Army in 2016, after having served as the chief of U.S. Central Command. He was awarded a Silver Star for 2003 actions ​​during the Battle for Baghdad, Iraq. The publicly available synopsis for his award does not specify what he did to receive the prestigious award for heroism under fire.