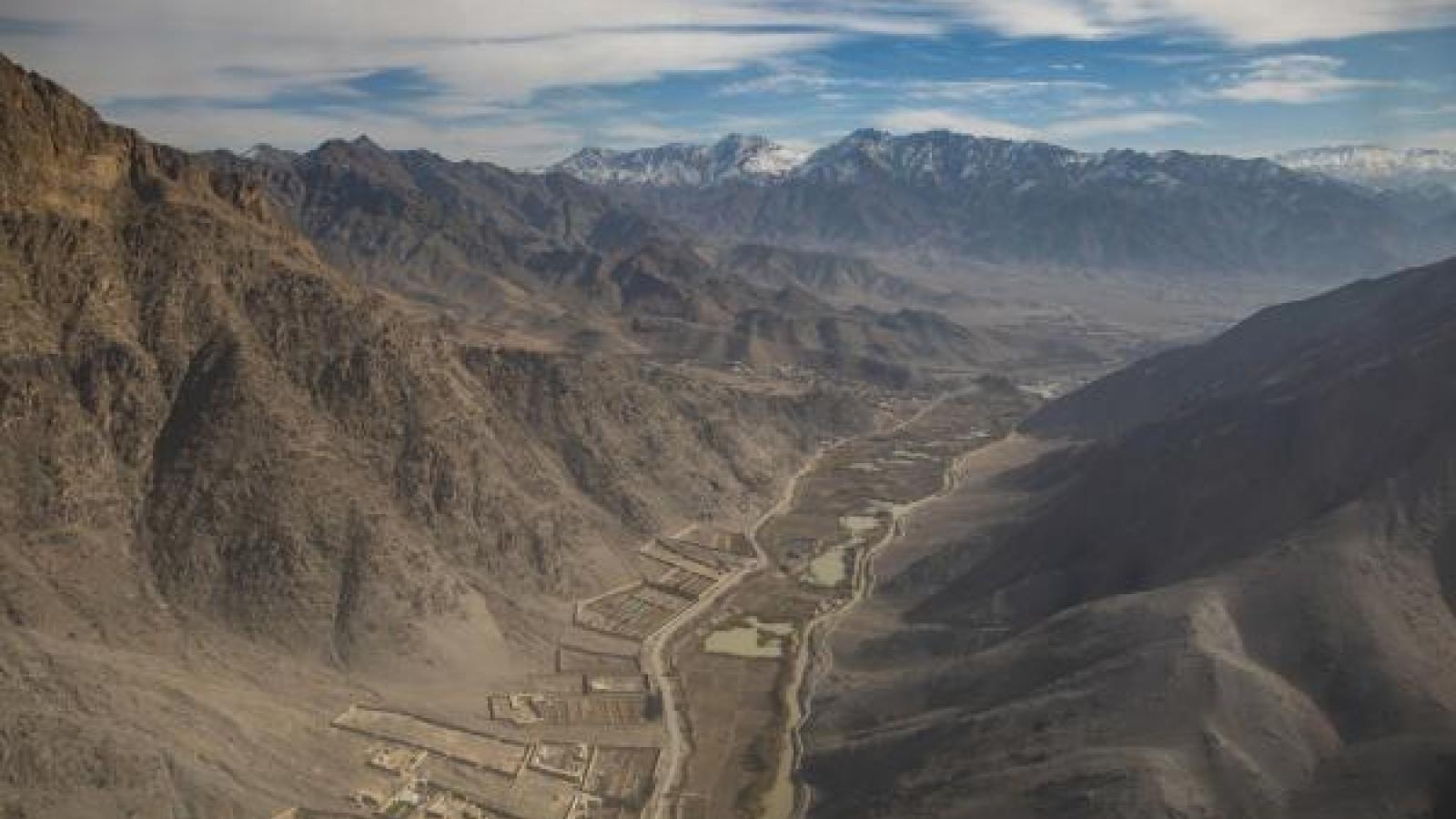 The two highest ranking Pentagon officials — Secretary of Defense Lloyd Austin and Chairman of the Joint Chiefs of Staff Gen. Mark Milley — spoke May 6 in vague and seemingly contradictory terms of what lays ahead for Afghanistan.

"What's to stop the Taliban?" Austin said rhetorically while addressing reporters. The fight "will be a challenge" for Afghan national troops, he acknowledged, adding: "We're hopeful that the Afghan security forces will play a major role in stopping the Taliban, and I know what we're seeing unfold is what we expected to see unfold, increased pressure."

While Austin said that "the drawdown is going according to plan," Milley said that the U.S. has not yet settled on a plan for supporting the Afghan Air Force and that discussions are still in the works over whether to train and support Afghan security forces from afar.

"It's important to clarify for us as observers exactly what's going on," defense expert Jason Beardsley told Just the News. "The Defense Department has suggested we will do defense of the Afghan people from over the horizon, but they don't know what it will look like. They haven't figured that out for themselves."

American civilians and service members deserve to know the nation's plans regarding Afghanistan, said Beardsley, a former Green Beret who served in combat and who now directs the Association of the United States Navy.

"Here we are on the cusp of this phenomenal event, and we don't have the details," Beardsley said.

Milley appeared to equivocate when discussing the likely outcome of conflict between the Taliban and Afghan defense forces. "It's not a foregone conclusion, in my professional military estimate, that the Taliban automatically win and Kabul falls and all those kind of dire predictions," Milley said. "There's a significant military capability in the Afghan government. And we have to see how this plays out."

Austin's language in particular was troubling to one Pentagon official who spoke privately to Just the News.

"I don't understand how we 'hope' Afghanistan can defend itself," the official said. "Hope shouldn't be part of the process. One way or the other, we should know."

The Taliban meanwhile have clarified through action that they plan to prevail in Afghanistan. The fundamentalist group boasted on social media that its fighters had captured a key section of the northern Baghlan province. And, according to Afghan officials, the group seized an important U.S.-built dam in Kandahar.

The Taliban did not immediately respond to emailed questions from Just the News.

The fundamentalist Islamist group stepped up its attacks after the U.S. and other partner countries last month announced that they would withdraw their forces from Afghanistan by Sept. 11.

Anticipating more violence during the pullout, the U.S. has dispatched six B-52 bombers and 12 F-18 fighter jets to the region. These are in addition to some 3,300 troops, including special operations forces. More troops will arrive to assist with security and to help with logistics during the drawdown, Milley has said.

Overall, the protective forces represent a "plussing-up," said Beardsley, who wondered if this augurs ongoing involvement. "More assets could mean could more presence in region," he said, adding: "We don't have enough information" on the subject.