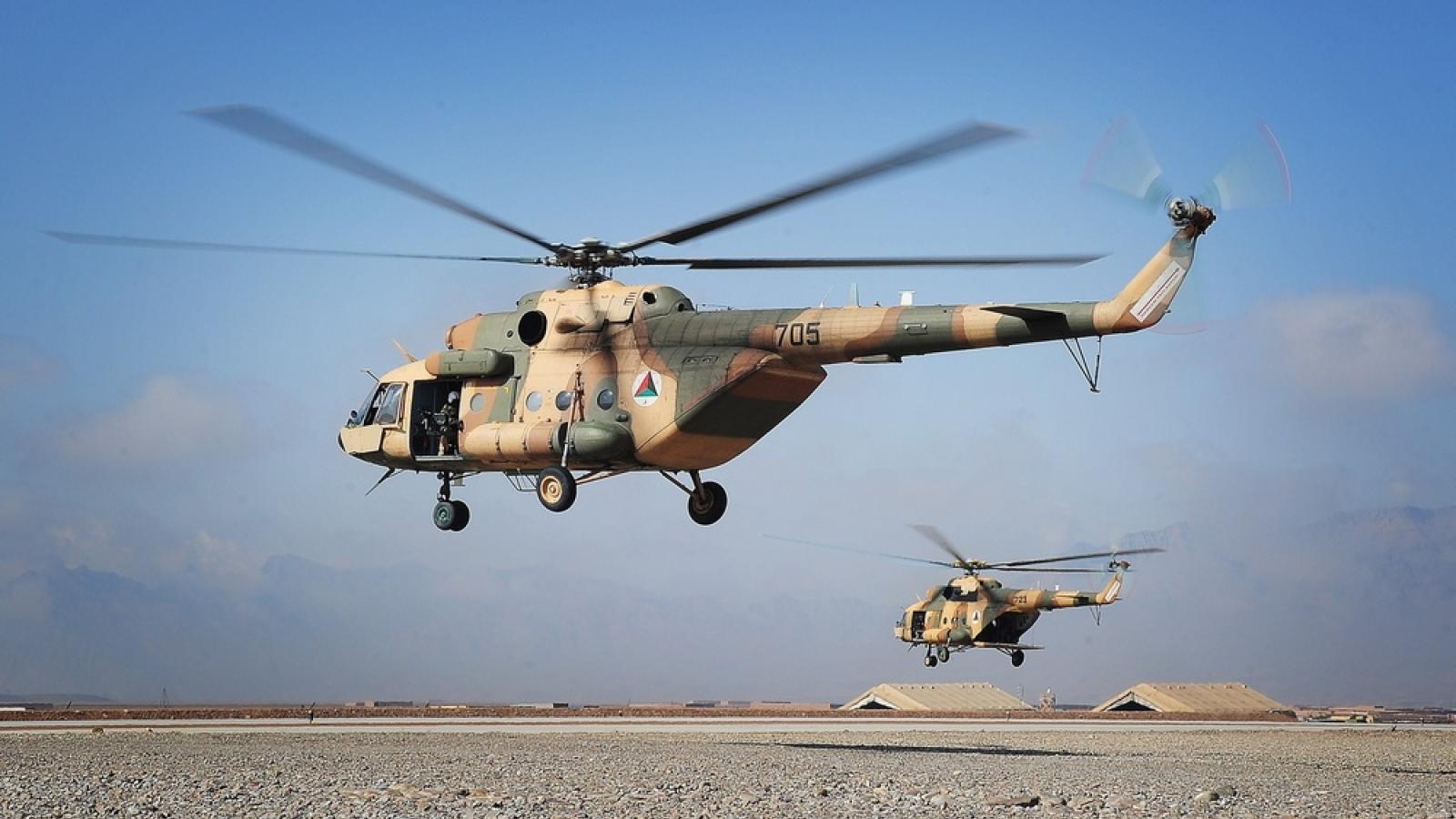 The U.S. government will give Ukraine a fleet of helicopters the Pentagon originally bought from Russia in order to bolster the Afghan National Army.

The Mi-17 "Hip" helicopters were built in Kazan, in the Republic of Tatarstan, and were sold to the U.S. via Russia's military export agency, Rosoboronexport. The U.S. planned to send the helicopters to the Afghan National Security Forces, but they have been grounded since Kabul fell to the Taliban, according to the Army.

Now, the Pentagon says, the aircraft will go to Ukraine, where they will be used in the fight against Russian forces.

The U.S. will deliver 11 of the Mi-17s to Ukraine, to reinforce others that are already in-country.

"The helicopters will augment the five Mi-17 helicopters sent to Ukraine earlier this year," the Pentagon said in a statement.

None were purchased specifically for Ukraine.

"These 11 Mi-17s had been earmarked for Afghanistan," Pentagon spokesman John Kirby told reporters at the Pentagon. "They are coming out of our stocks, our inventory, we have them, we didn't obviously transfer them to Afghanistan. So, we're now transferring them to Ukraine."

The helicopters are part of a larger package of military equipment that is being expedited into Ukraine, Kirby said.

The package is "very much an effort to give the Ukrainians every possible advantage in this fight that's coming," he said.

Among the weapons are 18 Howitzer field artillery units that fire 155mm rounds.

"We're giving them these Howitzers with 40,000 artillery rounds that go along with them, because we know that artillery is going to be a very key factor in this fight that's coming in the Donbas," Kirby said on CNN. "You can see it on the Russian side as well because the Russians are bringing in artillery assets of their own."

As part of the package, Ukrainian soldiers will be trained to use the equipment and in turn teach others, Kirby said.

"We'll pull troops out that, for instance, are artillerymen, to learn the Howitzer and then go back in and train their colleagues," he said.

The Pentagon is still delivering equipment from the last $800 million package to Ukraine, Kirby noted, but will send the new batch immediately.

"We're not going to wait," he said. "We're going to start getting these articles on the way, as well. So, we will literally start right away."

The bulk of the equipment is made in America — with the exception of the Russian helicopters.