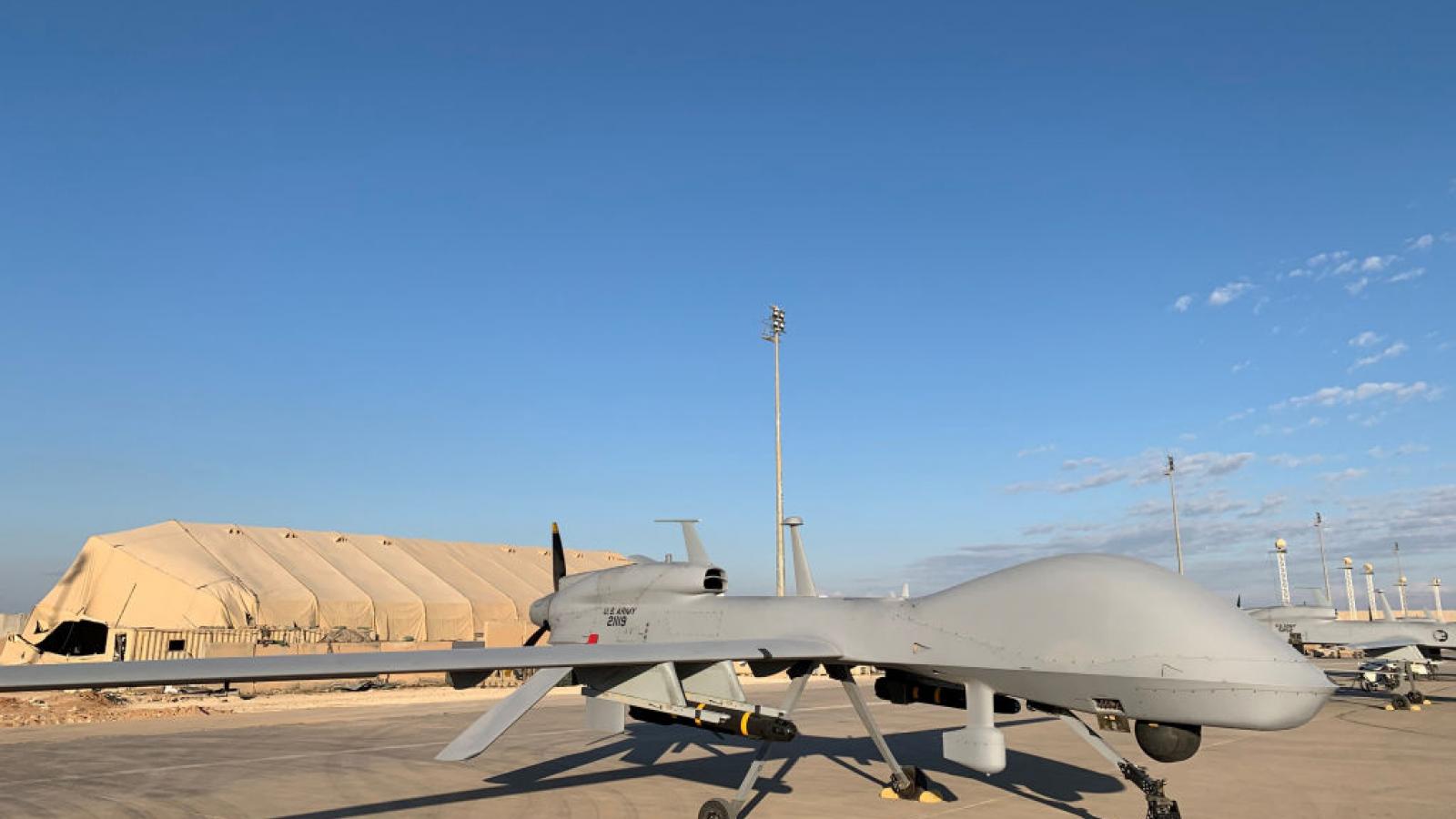 A U.S. Army drone at Ain Al-Asad Air Base in Iraq.
(Ayman Henna/AFP via Getty Images)
By Susan Katz Keating

In the latest in a series of assaults on U.S. interests in Iraq, more than two dozen rockets were launched Wednesday against an air base where American troops are stationed, wounding two service members and damaging a mosque, officials confirmed.

Fourteen rockets were fired at 12:30 p.m. local time at Ain Al-Assad Air Base in western Iraq, according to a spokesman for Operation Inherent Resolve.

The attacks come on the third day of consecutive incidents involving drone-launched incursions in other portions of the country. American forces shot down an armed drone Monday as it flew near the U.S. embassy in Baghdad. An assault was launched Tuesday against Erbil Air Base in northern Iraq, following a previous 12-rocket attack against Ain Al-Assad.

No one has yet claimed responsibility for the attacks.

The latest wave hit civilian interests, when a rocket launcher caused damages to local homes and a mosque, Marotto noted. Each attack "undermines the authority of Iraqi institutions, the rule of law and Iraqi national sovereignty," he wrote.