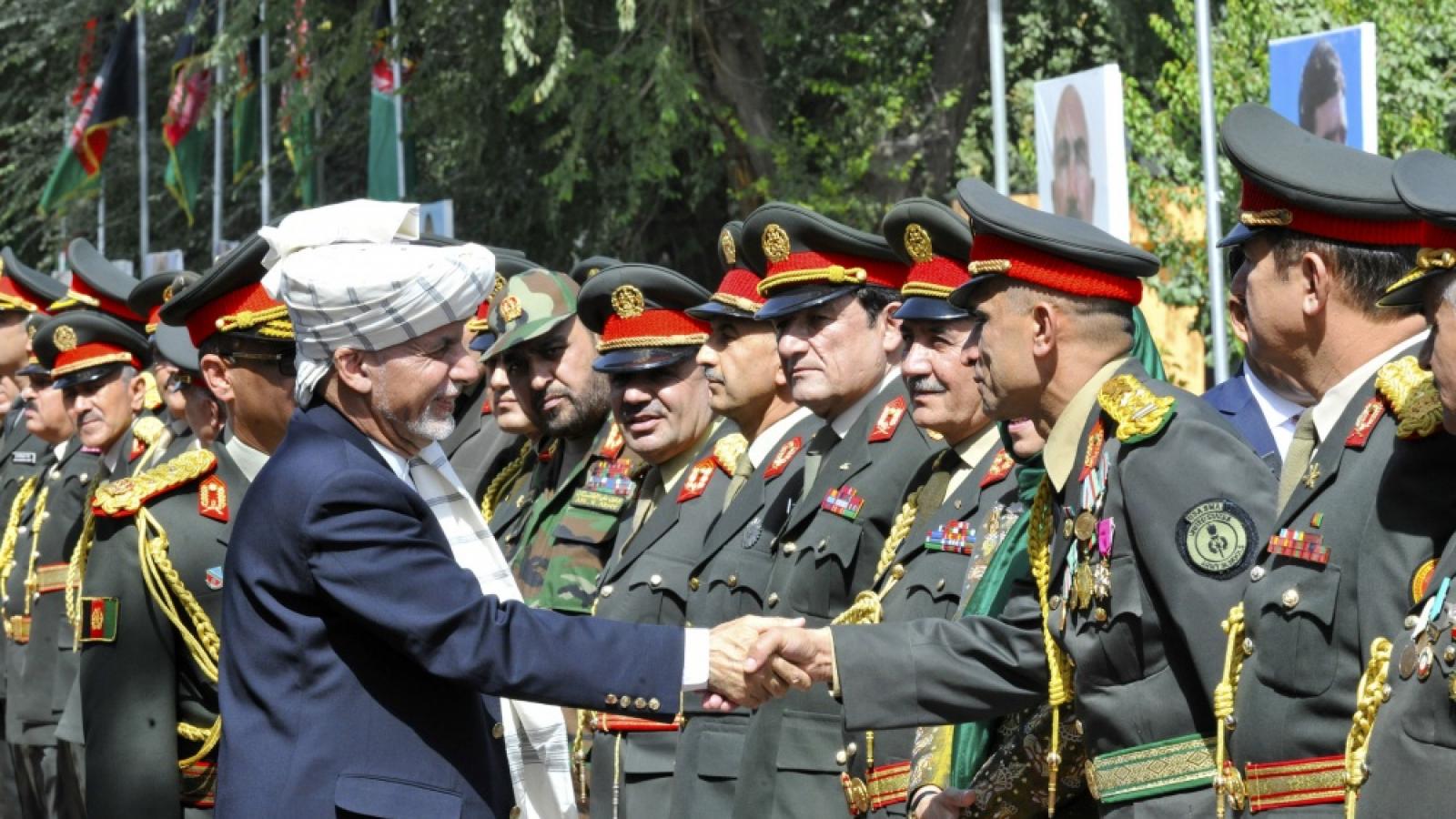 As President Joe Biden prepares to meet Afghan President Ashraf Ghani at the White House this week, questions persist over what substantive assurances the U.S. can offer to Kabul and its increasingly embattled forces.

Ghani and Abdullah Abdullah, who leads the country’s High Council for National Reconciliation, will join Biden on Friday to discuss “how we can work together to ensure that Afghanistan never again becomes a safe haven for terrorist groups who pose a threat to the U.S. homeland,” White House press secretary Jen Psaki said on June 21. Additionally, she noted, the leaders will talk about humanitarian and other assistance, "even as we work to draw down our troops."

The situation in Afghanistan has grown increasingly violent, as Afghan government forces battle and lose ground to the Taliban, prompting questions about what will happen when the last American boots leave the ground there.

A military victory for the Taliban is not a foregone conclusion, Chairman of the Joint Chiefs of Staff Mark Milley told Congress on Wednesday.

"There's a wide variety of possibilities," Milley told lawmakers, saying that a worst case scenario would be civil war and a fractured government. There also could be a negotiated settlement between the government and insurgent forces, he said, or an outright takeover by the Taliban, which he said is "unlikely, but possible."

In that scenario, one expert noted, a Taliban government might not prevail for long in Afghanistan.

"The more extreme elements of the Taliban’s ideology scarcely lend themselves to effective governance and development," according to longtime Afghanistan specialist Anthony Cordesman. "The Taliban is the kind of revolutionary movement whose belief structure may well be too dysfunctional to stay in power," Cordesman wrote in a Wednesday essay for the Center for Strategic and International Studies.

The Taliban cannot be underrated, according to an American soldier who directly engaged with their fighters in the northeast section of Afghanistan.

"Sometimes it's very dangerous to underestimate your enemy," soldier Chad Longell told Just the News. "And I think for a while there, we as Americans certainly did, because we're like, 'oh well they're just a bunch of farmers with pitchforks,' which is the same thing the British said about us."

Longell and his unit captured three Taliban while on a mission one night in 2014. Two were frightened teenagers, but one was a hardened fighter.

"He looked me in the eyes, and I saw something in him that cannot be politically negotiated," Longell said. "He wanted to kill us all."

The Taliban, meanwhile, have issued statements describing themselves in seemingly reassuring terms.

"The rights of minorities and all citizens will be secure in the coming system; no one needs to worry about it," wrote Mullah Abdul Ghani Baradar, a political affairs chief for the "Islamic Emirate of Afghanistan," in a June 20 proclamation.

Juxtaposed with the reassurances are ongoing updates from the Taliban about defeating the "puppet regime troops," and capturing both territory and equipment. The group has issued stark warnings against foreign involvement inside the country.

"Every inch of Afghan soil, its airports and security of foreign embassies and diplomatic offices is the responsibility of the Afghans, consequently no one should hold out hope of keeping military or security presence in our country, nor should steps be taken that could strain relations between peoples and countries," the group declared this month. "If anyone does make such a mistake, the Afghan people and the Islamic Emirate shall view them as occupiers and shall take a stance against them as they have taken against invaders throughout history, the responsibility in which case shall also fall on their shoulders."

The Taliban are single-minded in pursuing victory, Longell said.

"We cannot underestimate their determination to uphold their perceived goals and ideology," he said. "If we can't match their tenacity to achieve their objectives, we've already lost."

The determination may be tested when U.S.-led forces leave the country, according to Cordesman.

"Like every so-called “communist” revolution before it, the Taliban may well end up becoming yet another authoritarian state whose leaders cloak themselves in the ideological equivalent of a Halloween costume," he noted.

The United States is half-way through on the drawdown of military forces from Afghanistan, the U.S. Central Command said in a June 22 statement.

"We are executing the orders that were given in a very professional way and thus far things are relatively stable on our end," Milley told lawmakers on Wednesday.

As of Wednesday, the Taliban gained additional ground near Tajikistan, as Ghani prepared to meet with Biden, the AFP reported.