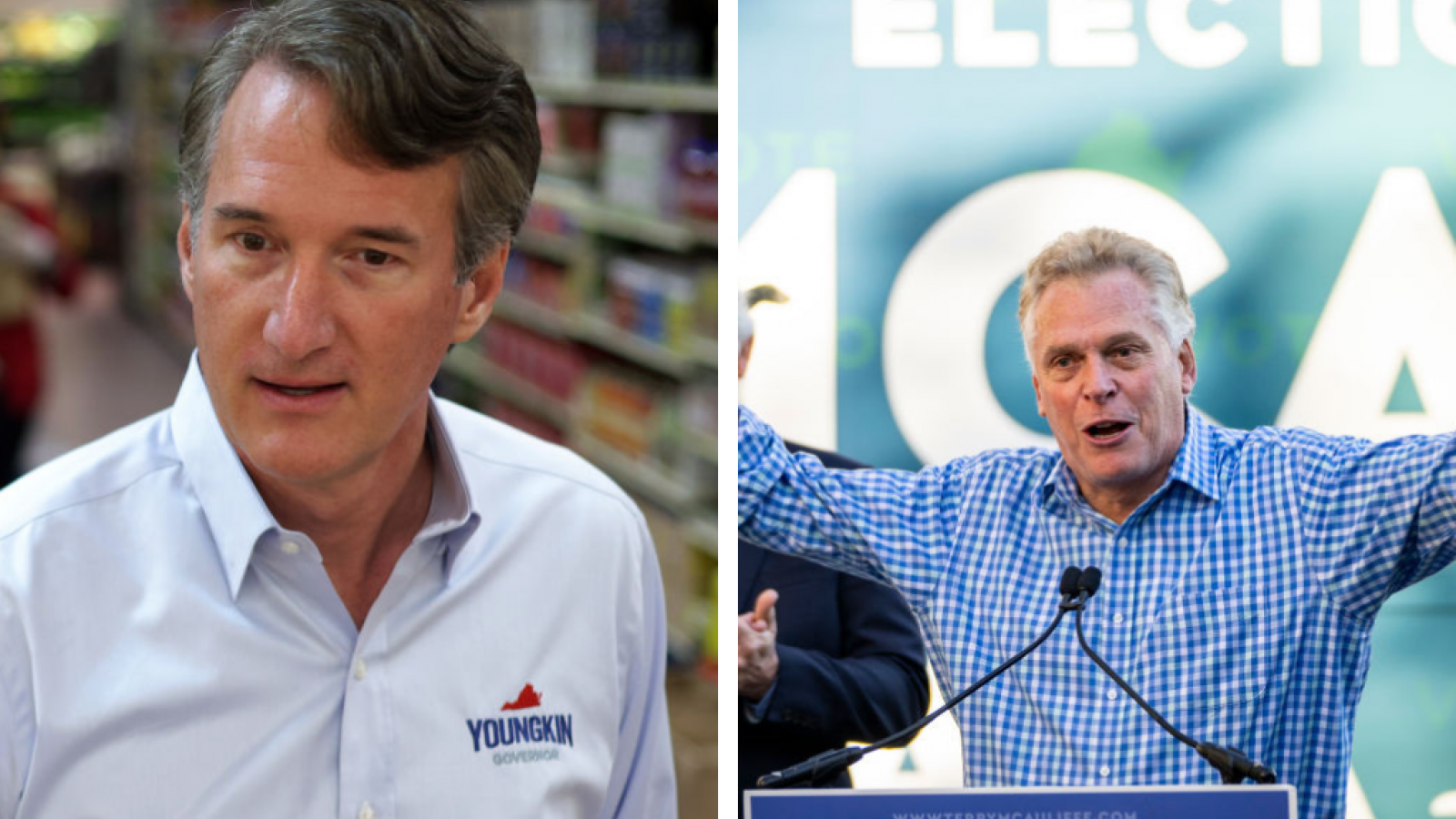 GOP gubernatorial candidate Glenn Youngkin is slamming his opponent, former Virginia Gov. Terry McAuliffe, over his campaign's hiring of Marc Elias, a Clinton-affiliated lawyer who has worked on election challenges in the past.

"This is right out of his playbook — I mean, he wrote it, and this is what a failing politician does when they see the sun setting on their 43-year political career," Youngkin said over the weekend on Fox News.

"Virginia voters are absolutely making a bold statement, and this is not going to be a close election, you can just see us pulling away," Youngkin added, referring to a recent Fox News poll showing him leading by 8 points.

But Virginia Republicans are beefing up their legal team in advance of Election Day in the event of a close race.

"I think if there is even the faintest discernment that anything improper has occurred, that there are irregularities — I can tell you that Republicans are in a fighting mood," said Virginia GOP Chairman Rich Anderson, according to the Washington Times. "The Youngkin Team said they expect this is going to be a fair election, but if they discern that it's not, they're not going to roll over and play dead if they discern any wrongdoing is taking place."

A number of changes were made to absentee ballot voting in Virginia during the coronavirus pandemic. Virginia Democrats eliminated the requirement to provide an excuse to obtain an absentee ballot by mail or to vote early in-person.

The Public Interest Legal Foundation, a conservative nonprofit, filed a lawsuit last month alleging that Fairfax County had accepted absentee ballot requests from voters that did not contain the last four digits of their Social Security number, as required by law.

A judge ruled that the organization "did not have standing in its lawsuit."

The witness requirement for absentee ballots sent in by mail was waived last election cycle due to the pandemic, but it is currently being enforced. The Fairfax County board of supervisors asked Virginia Democratic Gov. Ralph Northam to suspend the witness signature requirement for the 2021 election, but the requirement is still in effect.

"If the witness signature is missing on an absentee ballot, the voter will be notified within three days after its receipt," The Washington Post reported. "The voter will then have until noon on Nov. 5 to resubmit a corrected ballot in order for it to be counted."