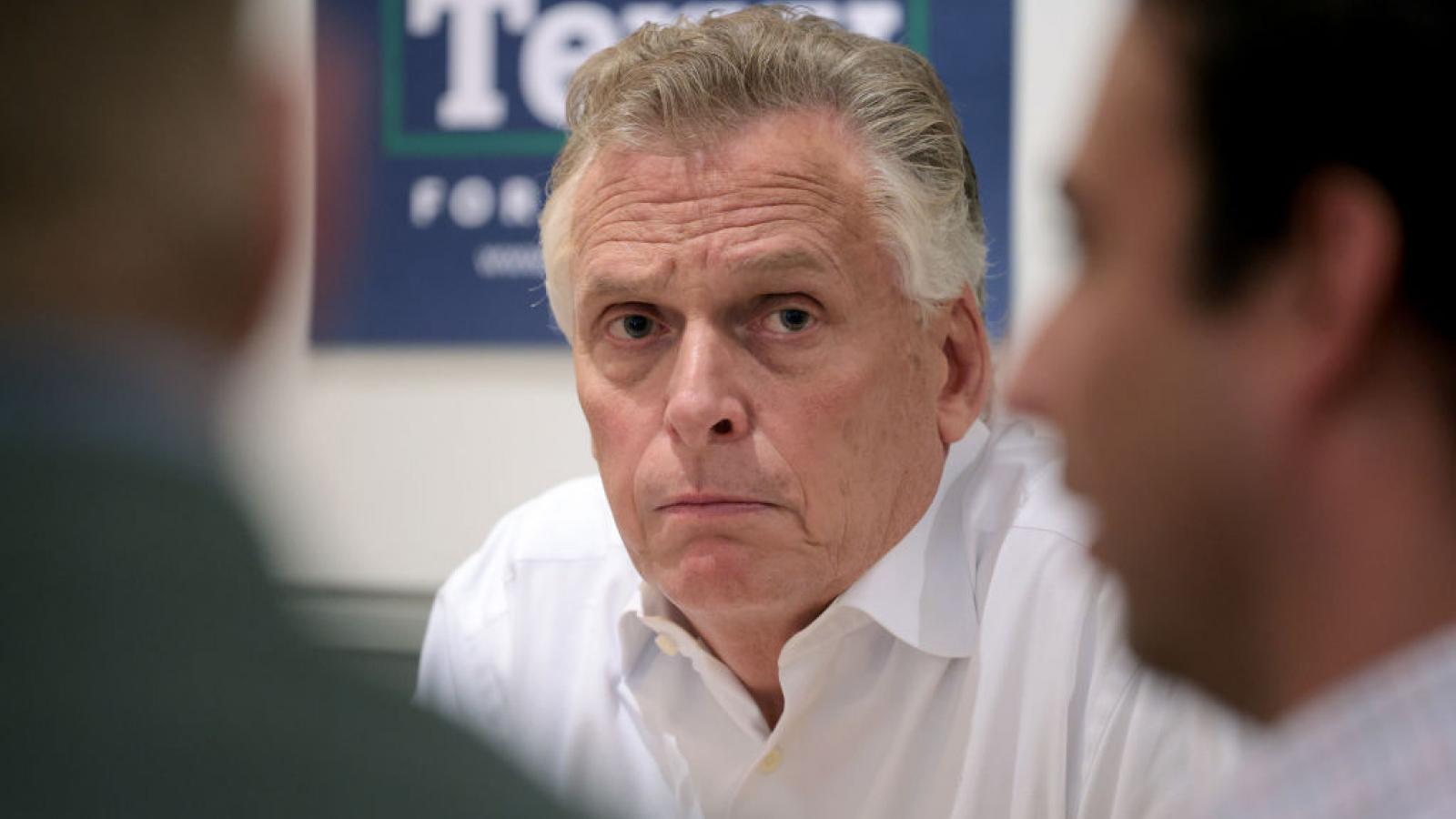 Locked in a tight race for governor of Virginia, Democratic candidate Terry McAuliffe released a campaign ad this week emphasizing his respect for the concerns of parents — a tacit admission that he made a costly unforced error in dismissing the voices of parents in decisions about their local schools.

McAuliffe's poll numbers took a hit after he stumbled in the final debate at the end of September.

"I don't think parents should be telling schools what they should teach," the state's former governor declared on the debate stage.

Since late September, GOP gubernatorial candidate Glenn Youngkin has used McAuliffe's statement in campaign ads and referenced it at campaign rallies as way to promote his own education policies to voters.

"You believe school systems should tell children what to do," Youngkin said at the last debate. "I believe parents should be in charge of their kids' education."

According to Monmouth University poll data, McAuliffe was leading by about five points throughout August and September, but the race has tightened since the last debate took place. The race is now a dead heat, according to the latest Monmouth poll. A recent Emerson College poll shows McAuliffe leading Youngkin by just 1 point.

McAuliffe put out a campaign ad this week accusing Youngkin of taking him out of context, emphasizing that he's always valued the concerns of parents.

WJLA, a local ABC news station in Washington D.C., pressed McAuliffe on his statement about how parents shouldn't tell schools what to teach, asking him if he misspoke in the debate last month.

"No, I was talking about what we need to do, bringing people together," McAuliffe replied. "We have the state boards, we have the Board of Education, and we have the local school boards who are all involved in this process. But the issue is how do we deliver the world class education, and the way we do that is invest in it. As I say, I'm going to put $2 billion in it."

McAuliffe's aides cut the interview short, and the candidate told the journalist he should have asked better questions.

Several heavy-hitters in the Democratic Party are coming out to support McAuliffe in the final days of the close race. He's campaigning on Thursday with Vice President Kamala Harris and with former President Barack Obama on Saturday. He's also campaigning on Sunday in Charlottesville with former Georgia Democratic gubernatorial candidate Stacey Abrams and musician Dave Matthews.

The election takes place on Tuesday, Nov. 2, but early voting is underway.