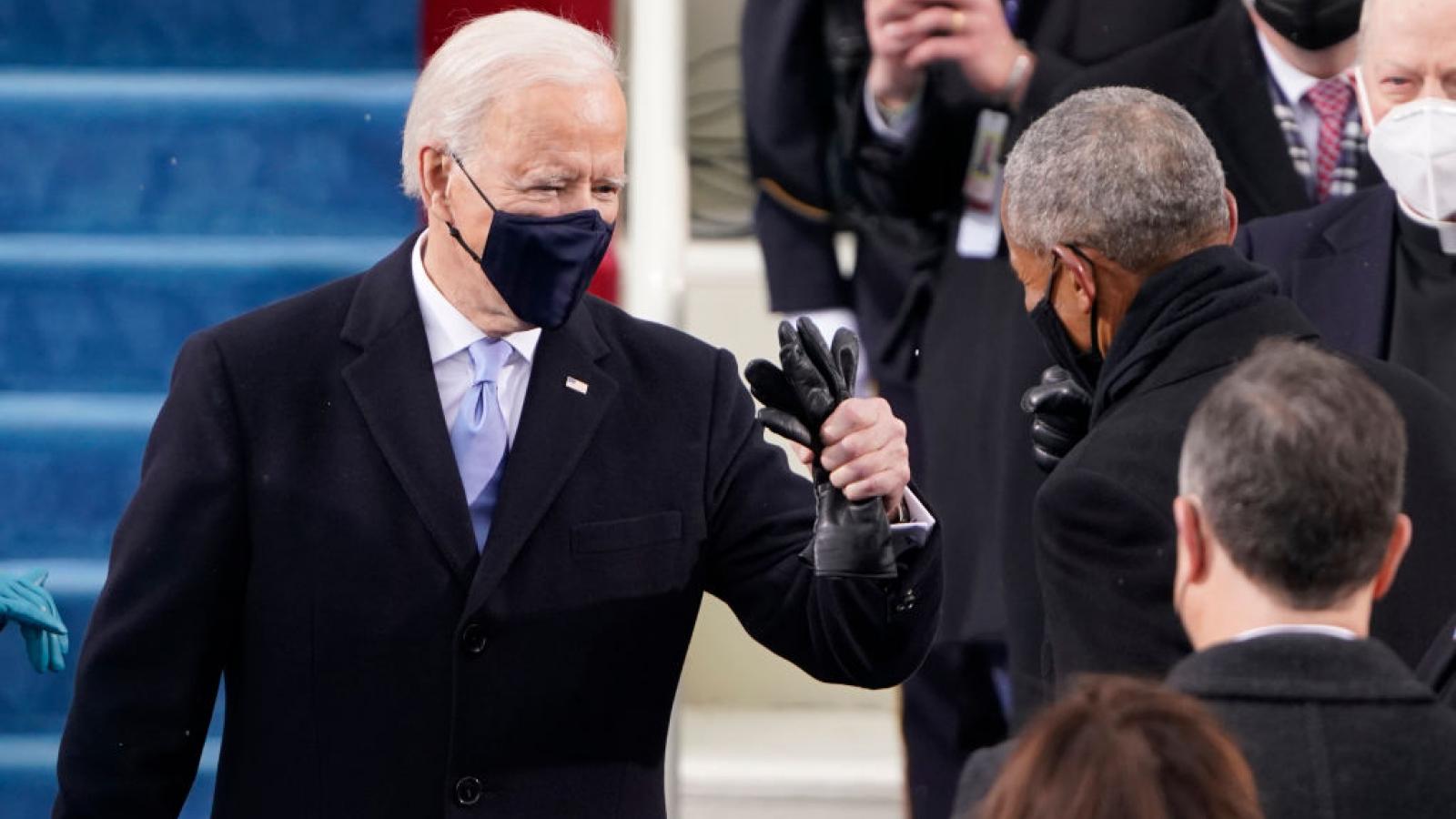 Despite the manifold shortcomings of the $860 billion Recovery and Reinvestment Act championed by the Obama administration he served as vice president, Joe Biden is now advocating passage of a new $2 trillion infrastructure and jobs bill after signing a $1.9 trillion economic stimulus bill, the second largest in U.S. history.

Then-Vice President Biden and the Obama administration made big promises for the 2009 Recovery and Reinvestment Act, which included significant infrastructure spending and green energy investments — but the bill came up short in several areas.

After Obama signed the bill in February 2009, he appointed Biden as the point man on managing the implementation of the law. The cost of the bill was initially estimated at $787 billion, but it shot up to $862 billion by the time it was fully implemented.

White House economists Christina Romer and Jared Bernstein had projected that the bill would hold the unemployment rate under 8%, but that did not turn out to be the case.

"Without [the stimulus plan], the study said, unemployment could rise to 9% in 2010," according to a CNN Money report from July 2009 on a study by Obama administration economists.

"With August quickly approaching, roughly $75 billion, or 10% of stimulus funds, have been paid out, and the unemployment rate has already risen to 9.5%," CNN reported.

States and local governments received about $219 billion in the bill for transportation projects and other initiatives. The White House had also estimated that the bill would "create or save" 3.5 million jobs by the end of 2009.

Republicans and some political analysts were skeptical about estimates of the number of jobs the bill would save from layoffs. Politifact rated Obama's claim in May 2009 that the bill "saved or created" 150,000 jobs as mostly false.

In the end, it was difficult for economists to pinpoint exactly how many jobs were created or saved. The Congressional Budget Office estimated in a November 2010 report that the number was somewhere between 1.4 million and 3.6 million.

Obama later joked that the infrastructure projects in the bill weren't as "shovel-ready" as anticipated.

While the Recovery Act was being implemented, Biden acknowledged that some of the money would be "wasted" and that mistakes would be made.

"We know some of this money is going to be wasted," Biden said in July 2009 while promoting the Obama administration's stimulus plan as vice president. "There are going to be mistakes made. Some people are being scammed already.”

A solar energy company that received money under the Recovery Act in 2009 went out of business. Biden announced a $535 million loan guarantee for Solyndra, but the company went bankrupt in 2011.

"Can you imagine if we now give Joe Biden $2 trillion of taxpayer money?" House Republican Whip Steve Scalise said during the 2020 presidential campaign. "We'll see Solyndras all across the nation — failed energy policy, which will lead to higher energy costs and lost jobs."

Fast forward to 2021, Biden and the Democrats moved a $1.9 trillion American Rescue Plan, the second largest stimulus bill in U.S. history, to passage with budget reconciliation so they would not need any votes from Republicans. Treasury Secretary Janet Yellen has estimated that the plan would lead the U.S. to "full employment."

A watchdog report indicated that stimulus payments in the Recovery Act were sent to deceased people. The report recommended ways the federal government could prevent it from happening in the future. Nevertheless, an estimated $1.4 billion of stimulus checks in the CARES Act of 2020 were sent to deceased individuals. The issue occurred again with the $900 million stimulus package passed in December under former President Trump, and it is reportedly happening yet again with the latest stimulus bill under Biden.

The Senate parliamentarian recently ruled that Democrats could pass another reconciliation bill, which opens the door to passage of the American Jobs Plan without GOP support as a way for Democrats to avoid the filibuster.

Biden and Transportation Secretary Pete Buttigieg had to walk back a claim that the American Jobs Plan would create 19 million jobs after it was pointed out that Moody's Analytics — the source for their claim — had actually estimated that the American economy would add about "16.3 million jobs over the same period if the infrastructure proposal does not get passed," according to a CNN report.