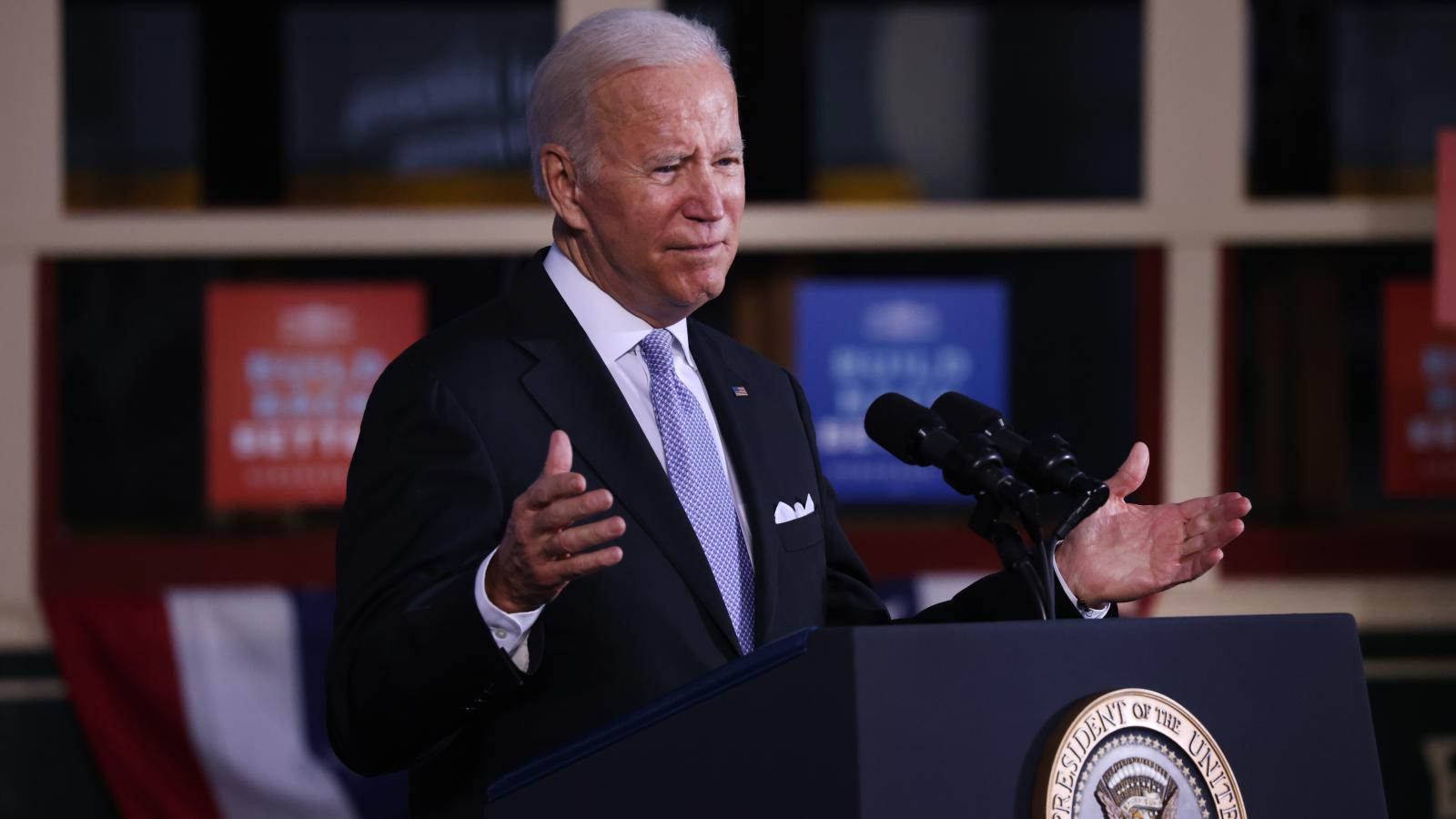 A former Oregon police officer who told President Joe Biden "Let's Go Brandon" on a Christmas eve phone call says he was joking and has since received threats for using the catchphrase expletive.

"I have nothing against Mr. Biden, but I am frustrated because I think he can be doing a better job," Jared Schmeck told The Oregonian. "I mean no disrespect to him."

Schmeck, 35, a father of four, unexpectedly ended up talking to the president and First Lady Jill Biden when he called the NORAD Santa tracker on Christmas Eve and the first family picked up instead of the automated recording.

The conversation started pleasantly with talk about Christmas gifts and children -- both Biden and Schmeck have sons named Hunter -- before Schmeck uttered the catchphrase that that started with an incident at an October NASCAR race and stands for F--k Joe Biden.

"I hope you guys have a wonderful Christmas as well, Merry Christmas, and let's go Brandon," Schmeck said.

The president answered: "Let's go, Brandon, I agree" before the call was cut off. The episode generated headlines and quite a social backlash.

Schmeck worked for six years as a police officer in Medford, Ore.,  and now works as an electrician, the newspaper said.

He told a reporter the remark was supposed to be a joke but he has since received some threatening phone calls."I am being attacked for utilizing my freedom of speech,” he said during a Christmas Day interview.

“I understand there is a vulgar meaning to ‘Lets go Brandon,’ but I’m not that simple minded, no matter how I feel about him,” he added “He seems likes he’s a cordial guy. There’s no animosity or anything like that. It was merely just an innocent jest to also express my God-given right to express my frustrations in a joking manner... I love him just like I love any other brother or sister.”