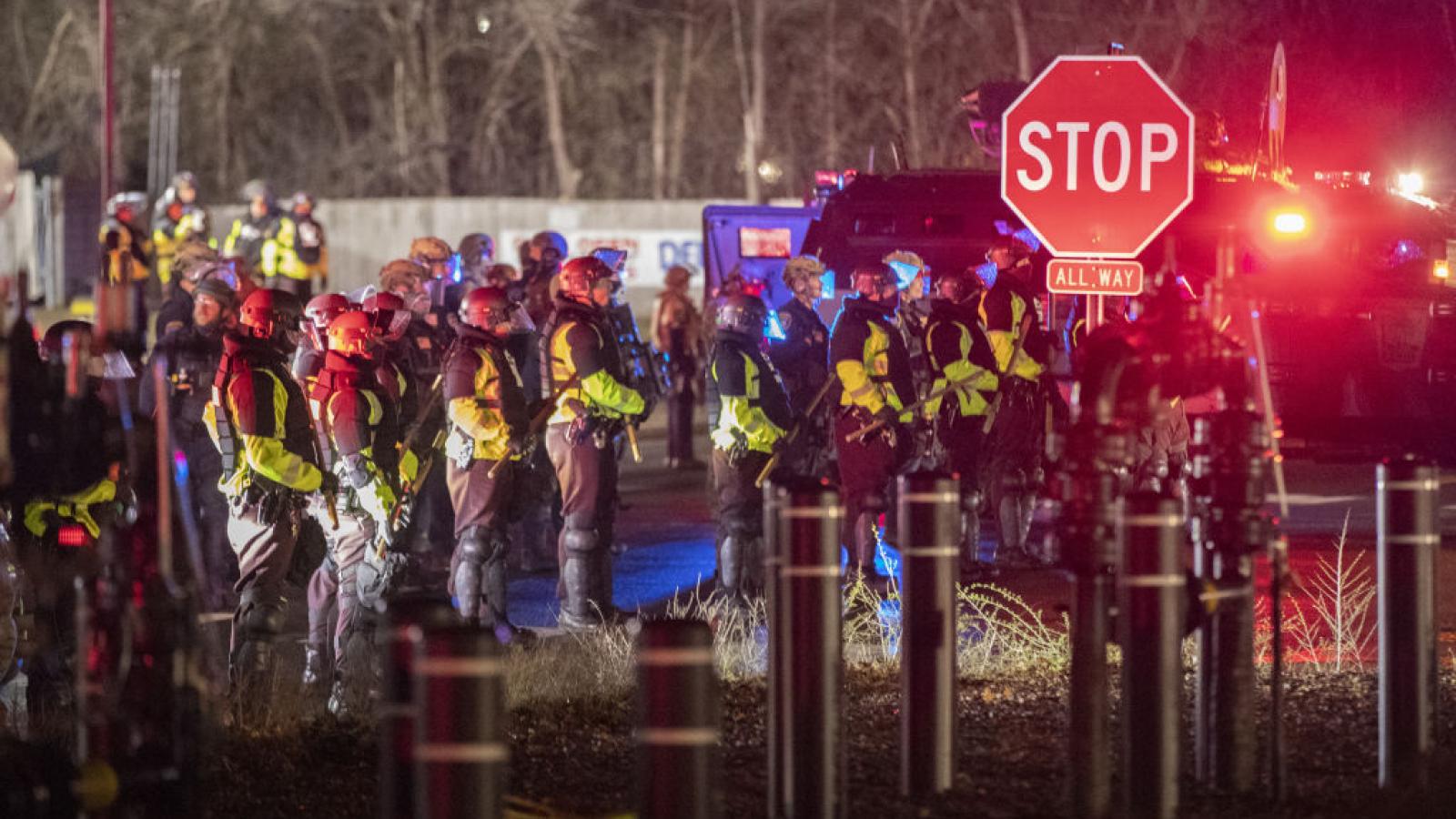 Minnesota police on Tuesday night arrested over 60 people for rioting and other offenses during protests over the fatal police shooting of Duante Wright earlier this week.

Police used flash grenades and riot gas on the protesters, including some who purportedly threw bricks at  officers.

"Unfortunately again, some citizens decided to come out and throw these bricks and these other items at law enforcement and this type of behavior is not acceptable and we're just, quite frankly, not going to tolerate it," State Patrol Col. Matt Langer said.

The 20-year-old Wright was fatally shot during a traffic stop Sunday in the Minneapolis suburb of Brooklyn Center.

The riots occur as Minneapolis Police Officer Derek Chauvin is on trial on murder and manslaughter charges in connection with the May 25, 2020, death of Floyd, who died while police custody after an arrest.