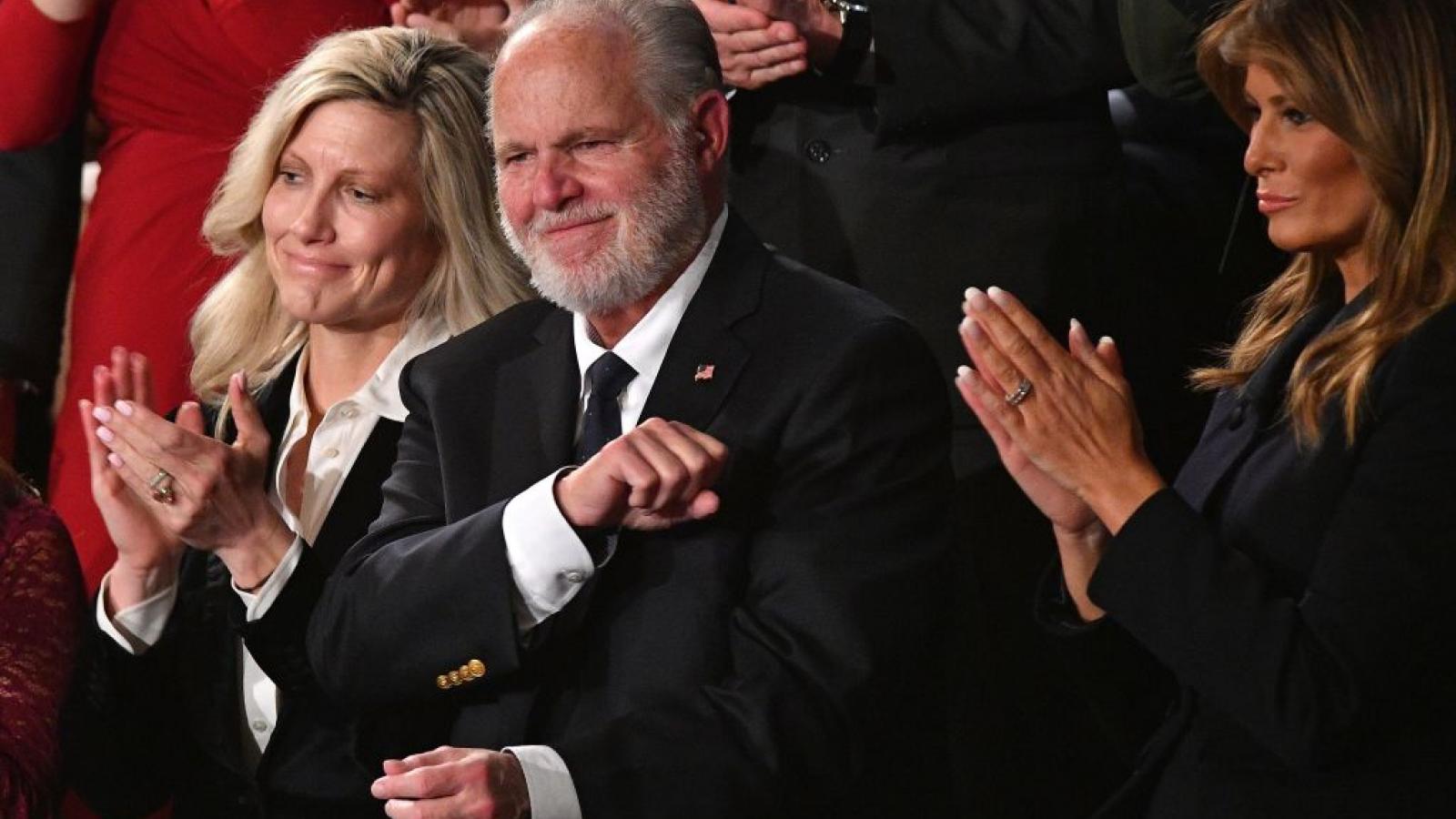 Bo Snerdley, whose real name is James Golden, says that since Rush Limbaugh's passing, "It has been really tough."

Golden told the John Solomon Reports podcast how difficult it's been for him and what is was like to work for Limbaugh. "It has been really tough. And it was more than just me, though. There were three of us in the room with Rush almost every day for the last 20 years down here."

He mentioned that hardly anyone left the show because Limbaugh "was such a great person to work with. And he was just such an amazing boss, he picked great people, and left them alone, let them do their job ... And that was one of the most amazing things — when Rush called that meeting to tell us of his illness, we knew something was wrong, because we never had meetings, we just did our job. So instantly, when Rush is calling a meeting, everybody got a gut sick feeling, because something was wrong."

"You know, I still wake up some days, expecting to go to be in my old routine. And it takes me a minute to realize, 'Oh, no, that's gone.' And more than that, you know Rush — it's like, before I even worked with him, he was a friend. And he was always such a beautiful guy. And always so generous, so supportive. So it's really — it is a very, very, very painful loss. And I know time eases things, so they say, I hope that's because it's not easing right now."

Golden described Limbaugh as "an original thinker, and he did not — and the first thing that he would normally reject would be the conventional wisdom on anything. So, as a practice, he would always look for another way to look at something. And I think that was one of the keys to his success."

He detailed how Limbaugh would treat anyone he worked with.

"I don't care who it was — the person could be doing smallest thing for him in terms of, I don't know, whether it was bringing him a cup of coffee or a story that he wanted. Always there was a 'Thank you, sir,' 'Thank you, ma'am.' He never ever looked down on people — in whatever positions they were."

"And one of the things that he said — he used to say often, is that you can tell what kind of person you're dealing with by the way he or she treats people that are quote unquote not important ... And everybody — everybody that came in contact with him — on some level of service or whatever — got treated like royalty by him. He was just so amazingly kind to people."

Since Limbaugh's passing, Golden explained that he is working on a project that will be announced "within the next three to four weeks and that's within the EIB operation" in addition to doing a Saturday morning "show on WABC Radio in New York, my home radio station."

He also discussed conservatives' messaging during the Biden administration, saying it should be "That freedom is still our number one asset in America. Freedom. Because freedom — from freedom, everything else flows. And that is indisputable."

"And so we have to be the guardians of freedom. And we have to fight this administration where they're trying to rob Americans of their freedom. And that has to be our watch — we have to be on watch for that at every step. I'm encouraged when I see governors now — Republican governors — saying, 'No, we're not going to go along with these validation cards, these vaccination passports — no way, it's an infringement on privacy.' That's encouraging."

"But conservatives just gotta want to be engaged," Golden added. "I founded a PAC, years ago, to help move the African American vote. And one of the things that I discovered is that there's a lot of lip service about, from our side, about how this is important. But when it comes down to actual support, there's a gap. Nonetheless, we released — the PAC released 54 ads, we moved votes. So, I can tell you from experience, it isn't impossible."

"One of the things that I would tell some of the younger members of the staff is not to be discouraged by the lack of support. You know? You have to want this and you have to do this. And so, if you think this is worth working for, then you work for it, regardless of the circumstance."

"I have a lot of admiration, deep respect, and love for my governor, Ron DeSantis. Ron DeSantis is simply amazing. I love him because he is a strong leader. I have a lot of love, respect, and admiration for Governor Kristi Noem. I cannot tell you how impressed I am with her and her leadership. And of course, if President Trump ever decides that it's worth it again to go through this horrid process, you know, I'd run to the polls to vote for him."