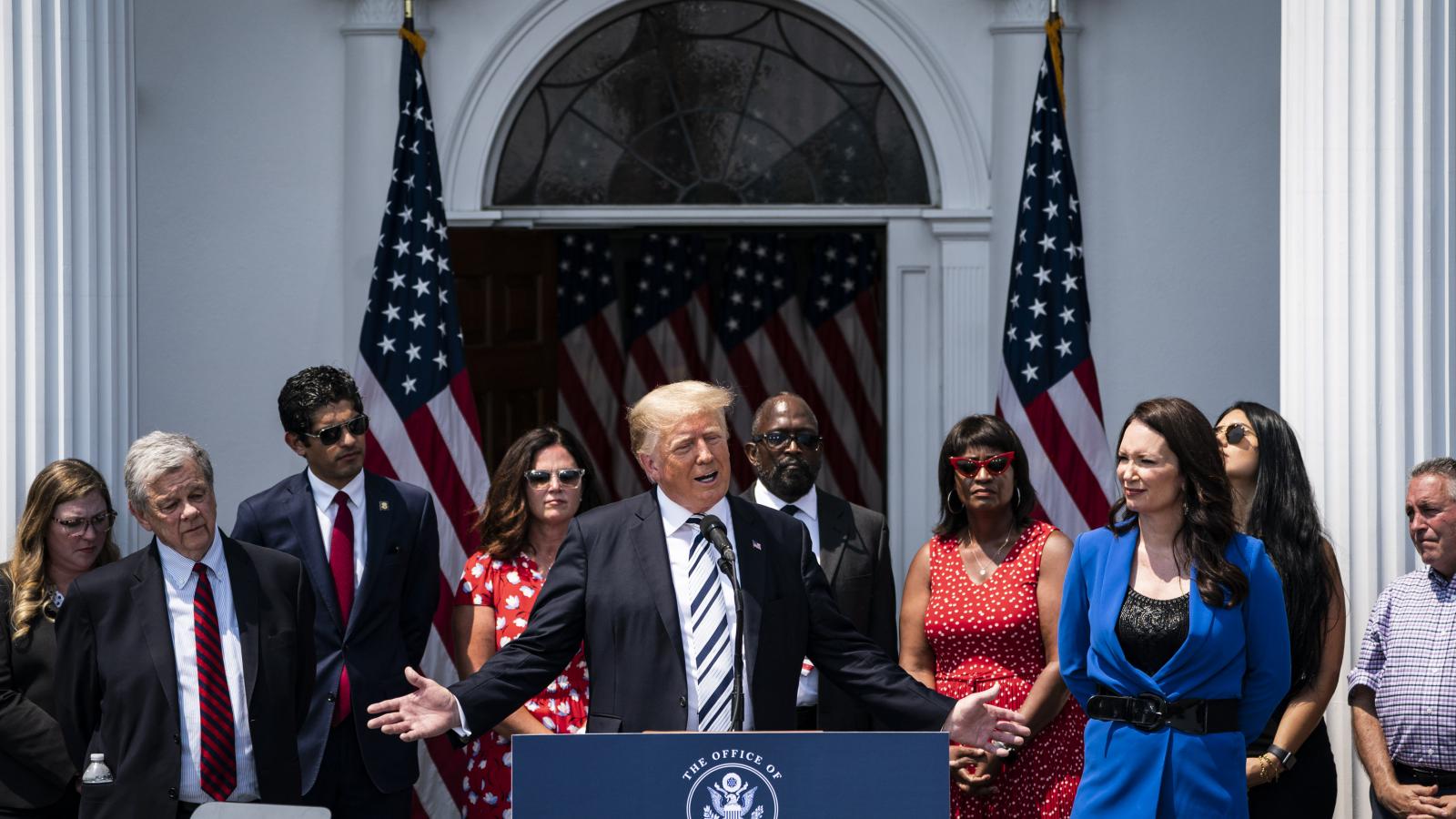 Donald Trump's lawsuit against the CEOs of Big Tech companies Google, Facebook, and Twitter for their censorship is nothing less than a bid to help preserve America's founding principles, according to Brooke Rollins, who served as acting director of the Domestic Policy Council under the former president.

While Trump faced deplatforming and other forms of censorship from Big Tech during his presidency, he has the resources to fight back, Rollins told the John Solomon Reports podcast.

Meanwhile, everyday Americans experiencing similar censorship "look at each other and say, 'This is not right, this is not America,'" said Rollins. "And the minute that the First Amendment becomes meaningless, or is hijacked by three major companies, that's the start of the end of the great American experiment."

Big Tech censorship "has really woken up so much of our country that probably knew something was wrong and didn't love where things were going, and didn't love their property tax or their income tax bills and knew government had gotten too big, but that didn't quite know how to articulate it," said Rollins, currently president and CEO of America First Policy Institute. "And now they do — they see the critical race theory, the government-sponsored racism that's infiltrating everything we're doing. They see Big Tech taking over and telling people what they can and cannot say.

"... almost 70-75% of Americans think that Big Tech has gone too far, that they are censoring based on political ideology. And if you think that's a big number — that's a lot of Democrats in that number."

The Pew Research Center's June 2020 poll found that 73% of Americans believe that "it’s likely that social media sites intentionally censor political viewpoints they find objectionable." According to the poll, 59% of Democrats and 90% of Republicans agree.

"So it's not a Republican versus Democrat thing anymore," Rollins argued. "It really is a 'What kind of America do you want your children and your grandchildren to grow up in?' And guess what, there are a lot of Democrats who don't want their children growing up in the country in what it looks like right now. And that's what we're going to change."