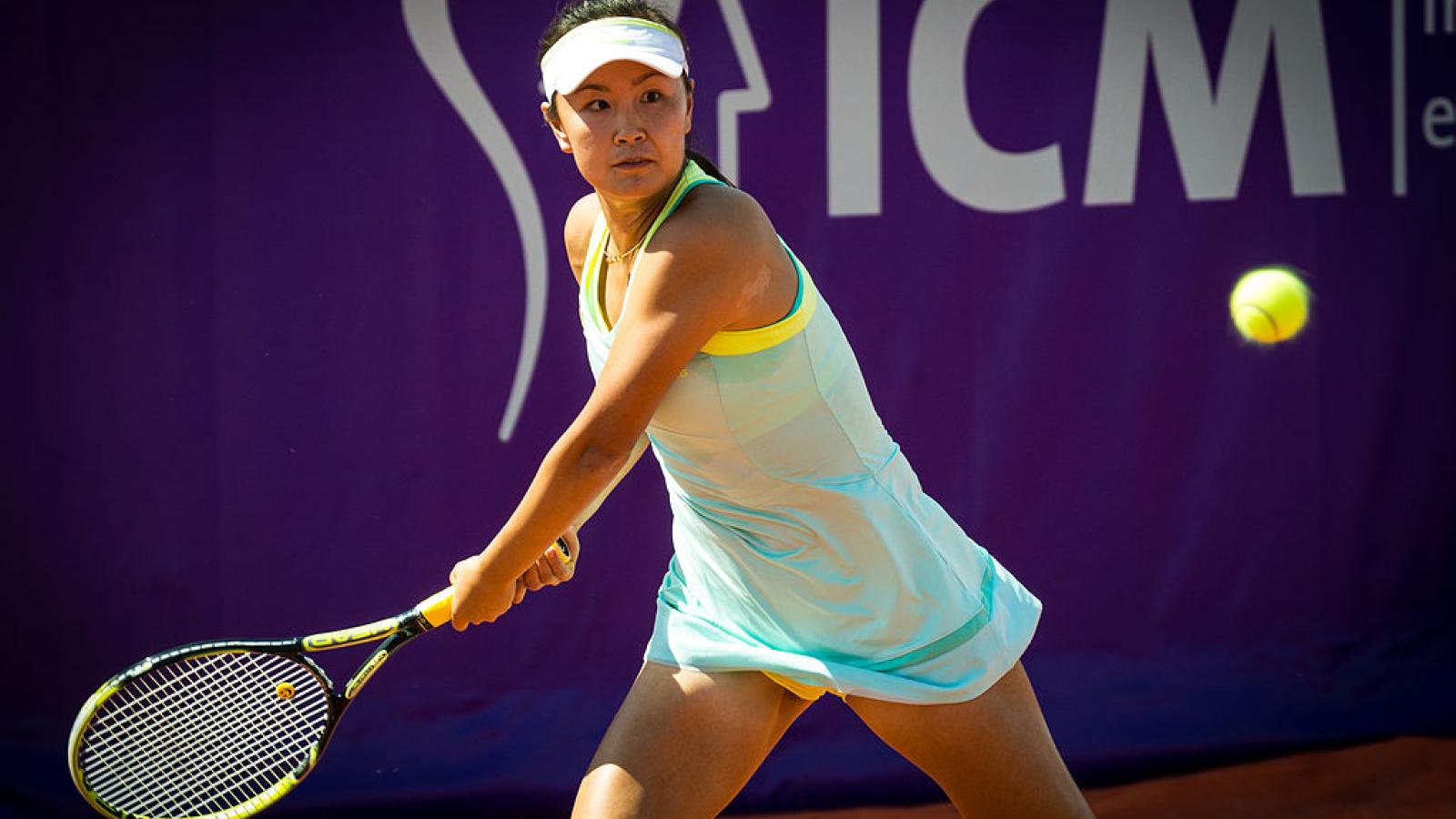 Chinese tennis star Peng Shuai in a supervised interview at the Winter Olympics in Beijing is calling her recent allegation of sexual assault against a former government official an "enormous misunderstanding from the outside world."

In November, Peng posted to her verified Weibo account – a Chinese social media platform – that Zhang Gaoli, a former Chinese Communist Party vice premier, had forced her to have sex with him following multiple refusals.

The post from the former Olympic champion in part read: "Why would you even come find me again, take me to your house and force me and you to have sexual relations?"

Her most recent comments were made in an interview with French sports publication L'Equipe in the presence of a Chinese Olympic official that included pre-submitted questions and appeared to not include followup ones, according to the Associated Press.

Between the social media post and the interview, conducted Sunday and made public Monday, Peng was rarely seen in public, sparking international concern about her whereabouts and safety.

"Sexual assault? I never said that anyone made me submit to a sexual assault," she said in the interview. "This post resulted in an enormous misunderstanding from the outside world."

Peng also said she deleted the post "because I wanted to." She was not asked why she posted it in the first place.

"I was to say first of all that emotions, sport and politics are three clearly separate things. My romantic problems, my private life, should not be mixed with sport and politics," L'Equipe also quotes her saying.

International Olympic Committee President Thomas Bach met for dinner with Peng over the weekend in an apparent effort to assuage concern for the tennis star's safety. She has also been spotted at a number of Olympic events with various IOC members.

At his daily Olympic press conference, IOC spokesman Mark Adams would not clarify whether he believed Peng was speaking freely or under duress.

"We are a sporting organization, and our job is to remain in contact with her and, as we’ve explained in the past, to carry out personal and quiet diplomacy, to keep in touch with her, as we’ve done," he said. "I don’t think it’s for us to be able to to judge, in one way, just as it’s not for you to judge either. We can say that we are doing everything we can to make sure that this situation is as it should be."

The athlete thanked players across the world who expressed concern and called for an investigation into her suspected disappearance, but said the concern was unnecessary.

"I would like to know: Why so much worry? I never disappeared. It’s simply that many people, like my friends and among them those from the IOC, sent me messages and it was completely impossible to respond to so many messages?