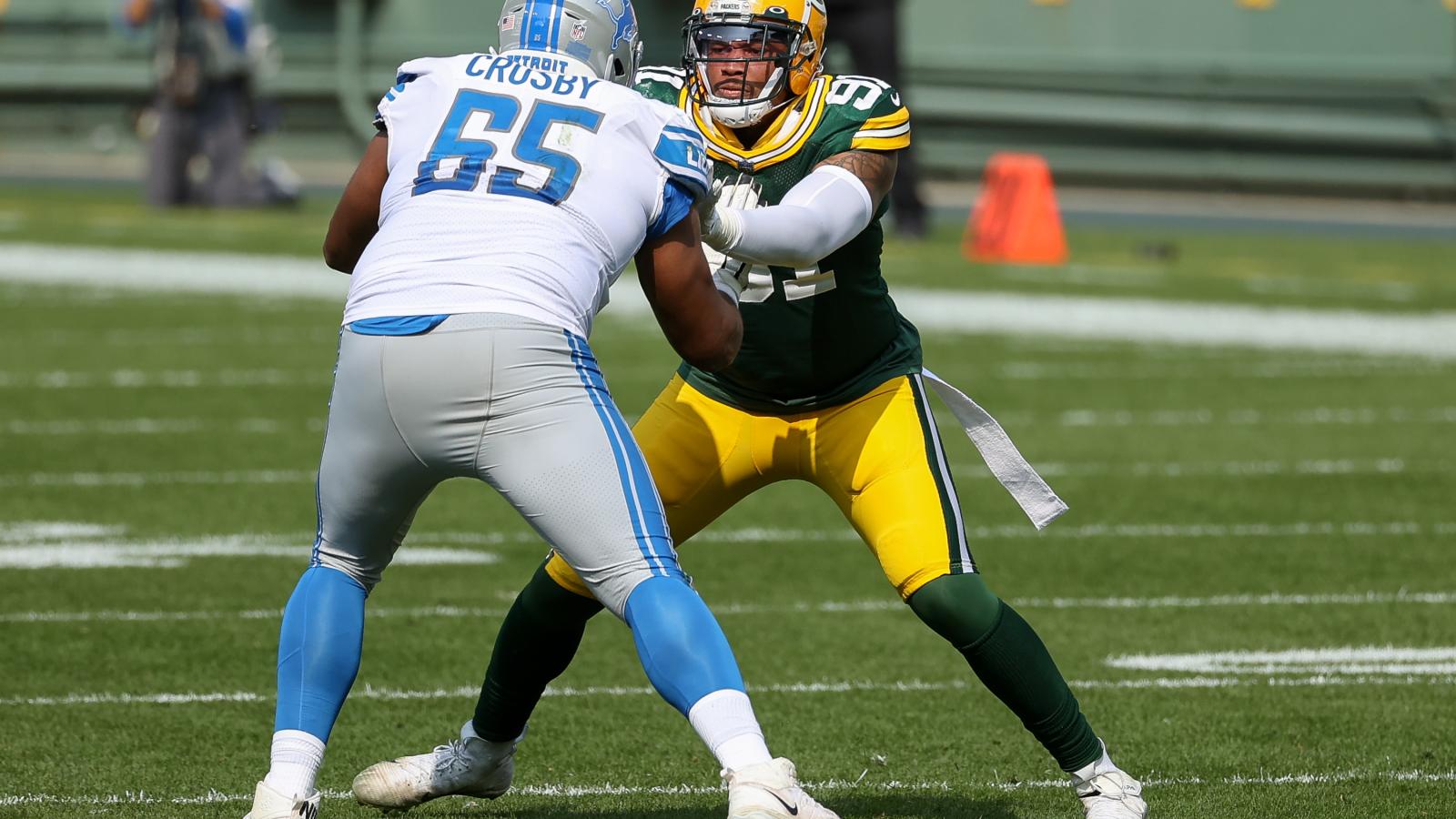 Normally he protects quarterbacks. But Detroit Lions offensive tackle Tyrell Crosby is straying into politics and causing a stir by questioning why members of Congress are allowed to trade stock when they can influence financial policy.

"If as an NFL player we aren't allowed to bet on games (which I fully agree with), why are government officials allowed to buy stocks/stock options?" Crosby tweeted last month.

He explained on Wednesday's "Just the News" TV show with editor-in-chief John Solomon and cohost Amanda Head his thoughts behind that tweet, after which he started advocating online for reforming trading laws.

"I was just in bed having random thoughts," and after seeing an ad for sports betting, the 26-year-old said, "It just hit me."

"As an NFL player, I'm not allowed to bet on any NFL games. I can't do any of that stuff," he said.

"But then you've got people in Congress, and they're able to trade stocks," despite being able to implement policies that can "drastically affect" the market, Crosby said. "They can essentially manipulate a stock."

Crosby is excited for the Super Bowl and said he predicts it will be a "really good game."

"Joe Burrow has been playing lights out lately, Ja'Marr Chase is a stud. He's just a straight-up stud," Crosby said, adding, that Matthew Stafford is "literally the man. So I'm rooting for Stafford just because I had the privilege of blocking for him."

Stafford was the Lions' primary starter from 2009 to 2020, before he was traded to the Rams. Chase described Stafford as "laser-focused" and said, "whatever he's about to do, it's about to be great."

Turning to Tom Brady's retirement after 22 seasons with the NFL, Crosby said he was surprised, but understands.

"I was shocked that he decided to retire. It makes sense. I mean, with his age and everything he's accomplished," he said, describing Brady as "one of the best football players to ever play."

"It was hard to just live your normal life knowing like if you test positive, you're affecting your whole team," Crosby said. "It was a lot of stress."

Solomon then asked the NFL player for his thoughts on paying college athletes.

Crosby called the idea "interesting," but difficult to implement fairly. For example, he questioned whether all athletes would "be able to get paid the same as an All American in football, just strictly on revenue. Football is gonna bring in a lot more."

He hopes that student athletes will be paid in the future. As a college football player at the University of Oregon, Crosby said he had finished a national championship run and had teammates "who had no food in the fridge [and] had no money to go get food, and they were genuinely struggling."