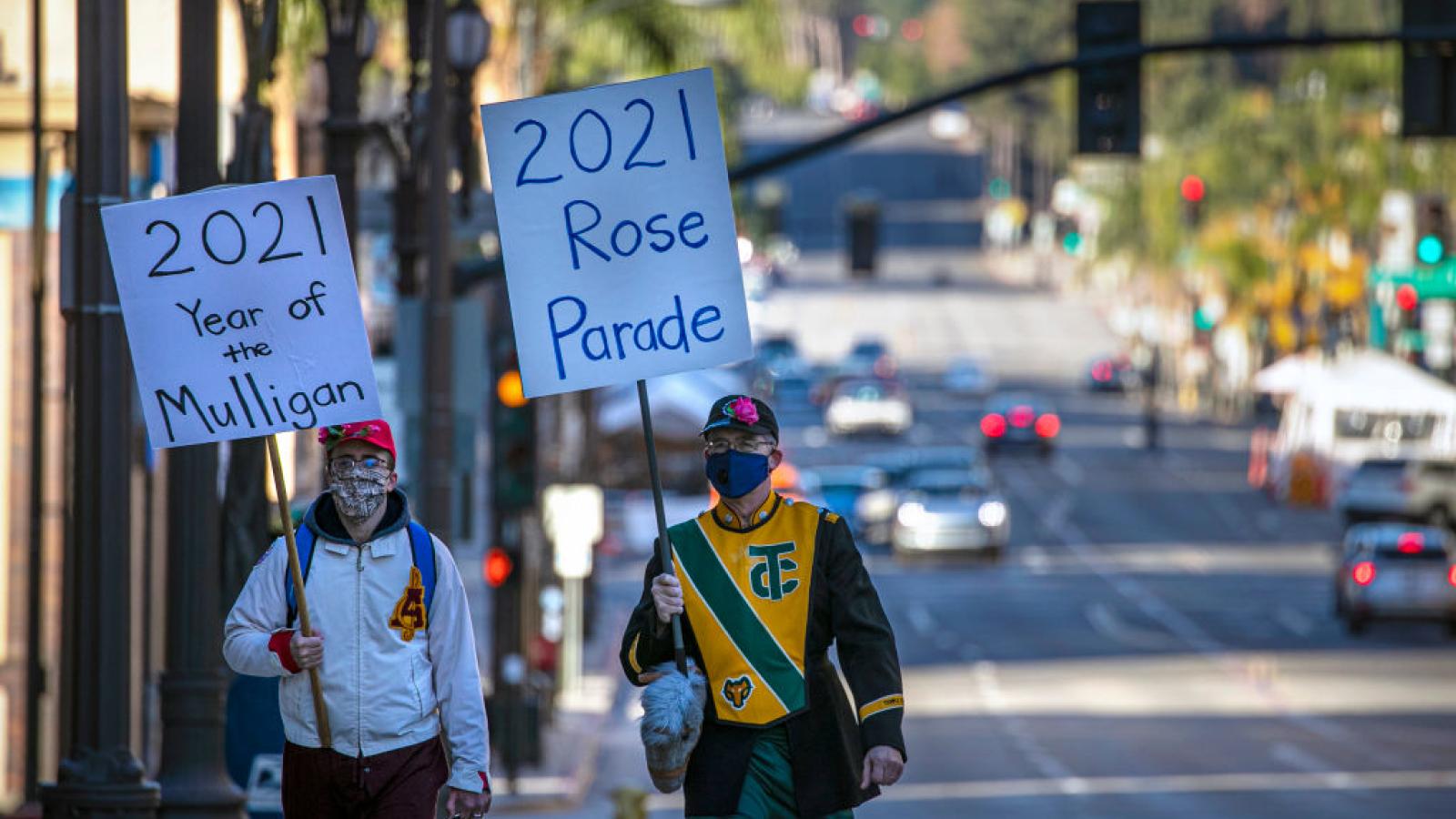 The traditional Rose Parade in California is set for its annual New Year's Day start, amid a long list of other events and celebrations across the United States that have either been cancelled or scaled back as a result of a surge of COVID-19 cases.

However, organizers are requiring ticket holders for parade bleacher seats and the associated Rose Bowl game to show proof of full vaccination or a negative COVID test within 72 hours, and masks will be required for attendees 2 and older.

The 133rd event in Pasadena, California, is set to feature 20 marching bands, 18 equestrian units and dozens of floats, according to the Associated Press.

The event, which will precede the Rose Bowl football game between the Ohio State Buckeyes and the Utah Utes, was cancelled last year because of the pandemic.

The parade and game are scheduled to start on time, at 11 a.m. on the West Coast, after days of record-setting rainfall in the region and an outbreak of COVID cases fueled by the virus' highly contagious omicron variant.

Thousands of people historically attended the parade along its 5.5 mile route.

Christmas Eve masses and the annual White House holiday parties are among the events in the past several weeks that have been been cancelled or scaled back as a result of the case surge.

The worldwide spike in infections prompted Kaiser Permanente to announce that its float, "A Healthier Future," would not have 20 "front-line medical heroes" riding or walking alongside.

"We must prioritize the health and safety of our front-line medical staff and ensure we are able to treat patients during this recent surge of COVID-19 cases caused by the omicron variant," the health care network said, also according to the wire service.