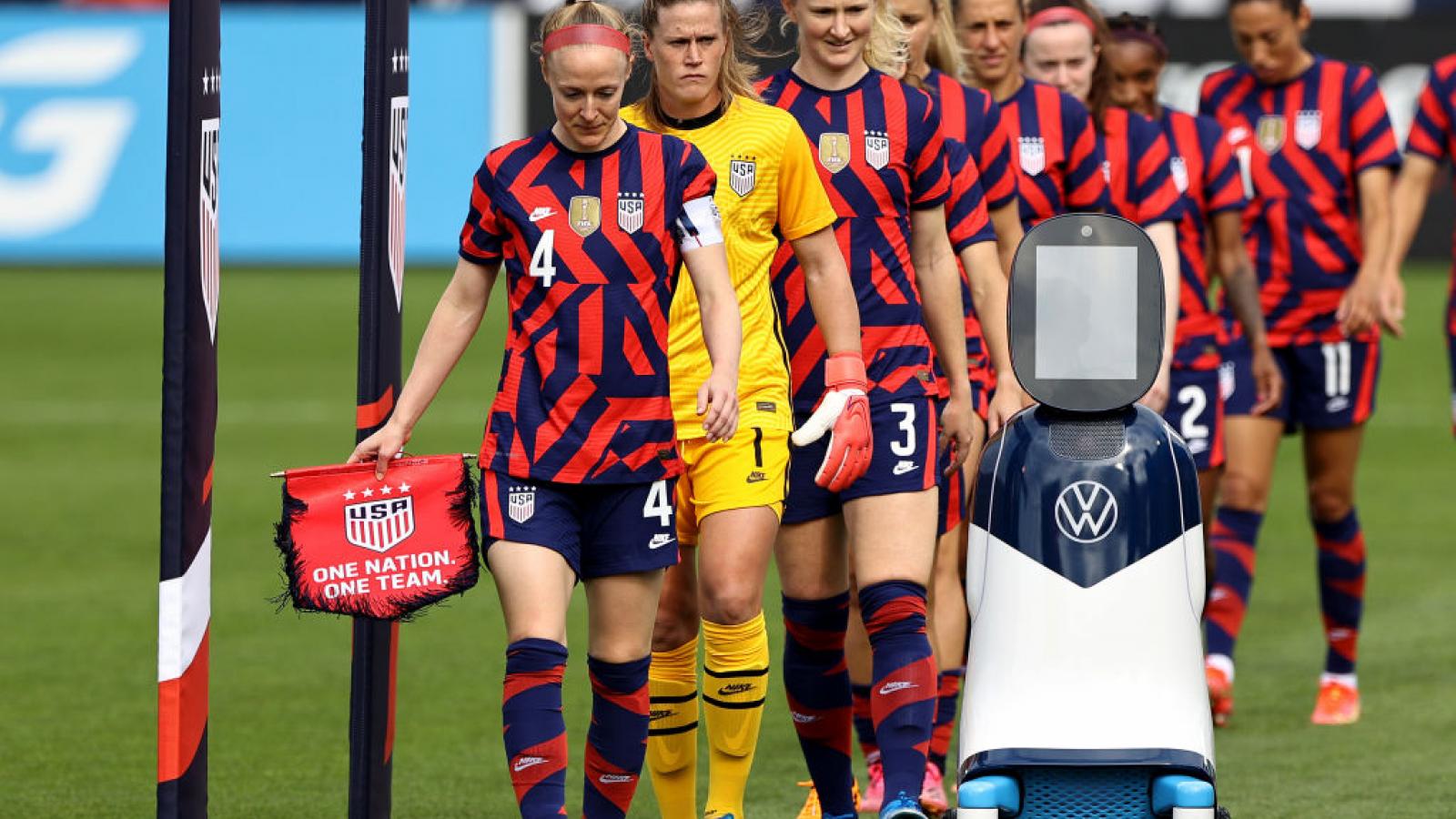 Several members of the U.S. women's soccer team are being accused of turning their backs while Pete DuPre, a 98-year-old World War II veteran, played the national anthem on his harmonica before a match Monday with the Mexican women's national team.

Among those suggesting such an unpatriotic move is former acting Director of National Intelligence Richard Grenell, who said several U.S. players "turned away" from the U.S. flag.

In response to Grenell's tweet, the U.S. Soccer Communications posted on its Twitter account: "This is not true. No one turned their back on WWII Veteran Pete DuPré during tonight's anthem. Some USWNT players were simply looking at the flag on a pole in one end of the stadium. The players all love Pete, thanked him individually after the game and signed a ball for him."

Grenell also got into a Twitter spat with GOP pollster Frank Luntz, who essential said the players were behaving patriotically.

"You are wrong," Tweeted Luntz. "The flag is to the women's right. The women facing forward turned away from the US flag despite their teammates facing them. Here's a picture of the whole team. Which on facing forward has their hand on their heart?!"

Grenell disagreed, tweeting, "You are wrong."