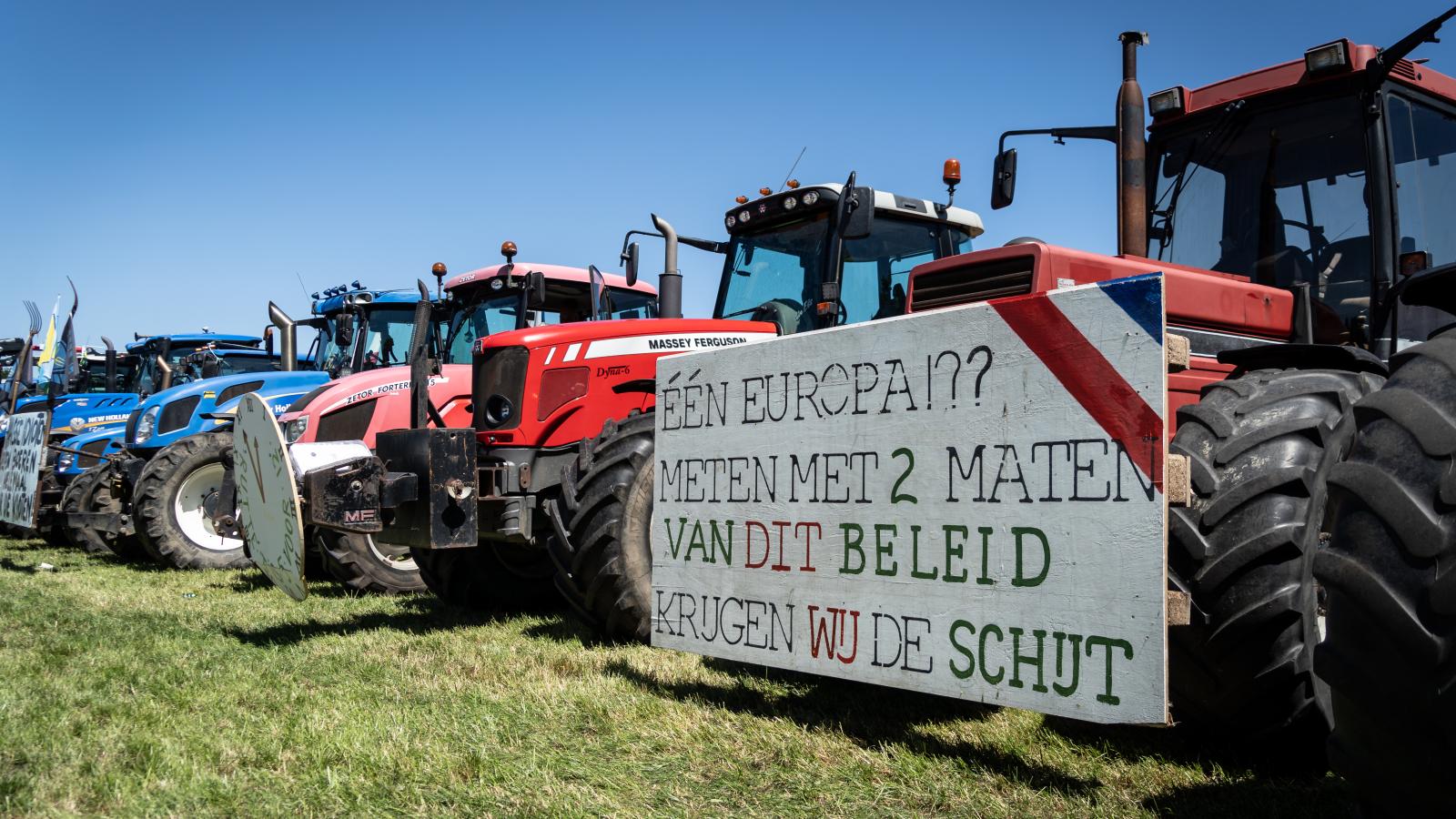 With green energy, environmental and agricultural policies triggering economic crisis and popular revolt in Sri Lanka and and spreading protests in the Netherlands and Germany, the Biden administration is showing little inclination to throttle back on its own sweeping climate change agenda, despite historically high U.S. fuel prices.

Rajapaksa's resignation came after his country's inflation rate hit 54.6% in June and the central bank's interest rates were raised to 15.5%, the Daily Caller News Foundation reported. Sri Lankans have been struggling to buy fuel and food amid shortages of the former and prices for the latter skyrocketing 80.1% since May.

The government banned chemical fertilizer in April 2021 to encourage organic farming, before reversing the ban in November. The ban, however, decimated the country's agricultural industry, according to DCNF. On Tuesday, the prime minister pronounced the country "bankrupt."

In the Netherlands and Germany, meanwhile, farmers are protesting climate change policies they believe are hindering their ability to produce crops.

More than 40,000 Dutch farmers have protested against their government's policy of cutting 50% of livestock-related emissions by 2030, which could result in a third of ranchers losing their business, DCNF reported.

After the U.S., the Netherlands is the world's second-largest food exporter.

German farmers followed the precedent set by the Dutch as they blocked roads along the country's border with the Netherlands. German farmer associations are angry about a new law that increases the country's reliance on renewable energy sources but curbs its dependence on biogas.

Meanwhile, in the U.S., the Consumer Price Index for June increased by 9.1% year-over-year. It's the largest yearly increase since December 1981.

American farmers are also experiencing a 60% increase in fertilizer prices over last year, in part due to rising energy prices.

At the same time, the Securities and Exchange Commission has proposed a rule that would require companies to report emissions and other climate risk data, a key goal of environmental, social, and governance (ESG) proponents.

The SEC's proposed rule "is one of the single worst rules out there because not only is it transforming the SEC from a securities enforcement arm into an environmental regulator, it's fundamentally trying to distort the role of the SEC and really cripple free markets," West Virginia Attorney General Patrick Morrisey told the John Solomon Reports podcast earlier this month. "Why? Because you're putting these broad new mandates where they lack authority to do so on all these public companies."

ESG is "how they get to push their woke agenda into the corporate boardrooms, by mandating these new ESG provisions," said Morrisey, adding, "that's how you try to get the private sector market to do what the government lacked authority to do."

Texas Republican state Rep. Steve Toth argues that Biden administration support for ESG policies further undermines domestic oil and gas production, even as gas prices surpassed $5 a gallon for the first time in June and oil from the U.S. Strategic Petroleum Reserve is being shipped overseas due to a lack of refinery capacity.

"Lay off this stupid ESG — environmental social governance," Toth told the "Just the News, Not Noise" TV show on Wednesday. "We have so many small and medium-sized oil and gas providers that would love to drill wells, but they can't get access to capital to drill the wells. And if they can come across someone to finance the well, so that they can drill it, they can't get insurance companies out of Wall Street to underwrite the drilling of the well, because of environmental social governance scores the Biden administration is pushing to try and kill the petroleum and gas industry. It's just absolutely ludicrous."

The Biden administration knows "what the problem is," Toth said. "They know that it's their own making, it's their own doing. And yet, they're continuing to say stupid things like gas station owners are the problem. How ridiculous."