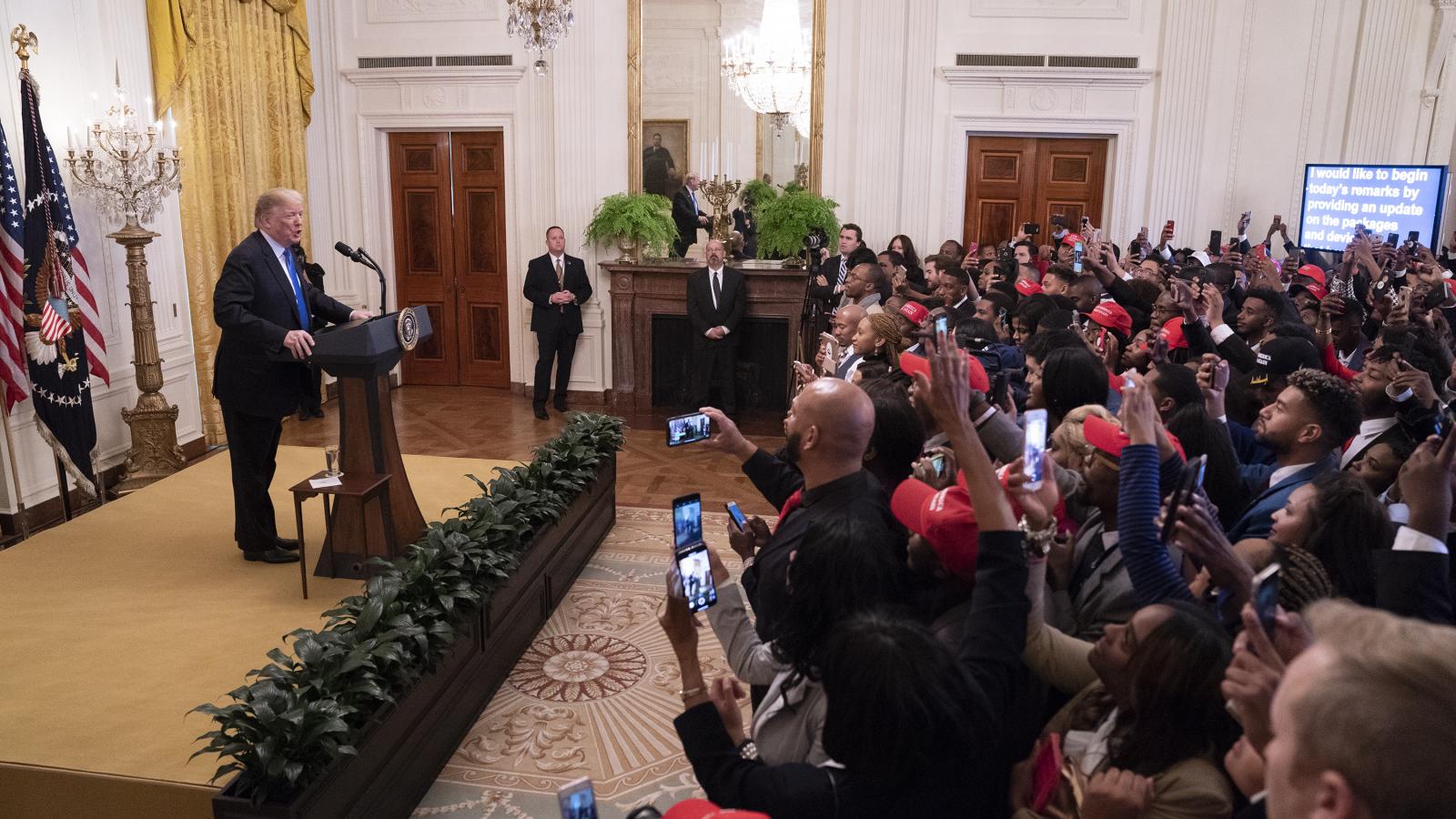 U.S. President Donald Trump addresses young black conservative leaders from across the country as part of the 2018 Young Black Leadership Summit in the East Room of the White House on October 26, 2018 in Washington, DC.
(Photo by Chris Kleponis - Pool/Getty Images)
By John Solomon

While the unemployment rate for Americans dropped in August, there is a political time bomb buried in the statistics for President Joe Biden and a Democratic Party increasingly focused on equity: black joblessness shot up significantly.

In other words, the president who fondly boasts of a domestic policy promising to leave nobody behind has an economic recovery that is leaving a key Democratic constituency in worse shape.

"The rise in black unemployment in August is certainly troubling, considering their unemployment rates were already much higher than any other group," Elise Gould, a senior economist at the Economic Policy Institute, said on Twitter.

Adding to the complications is the fact that before the pandemic, African-Americans enjoyed historic economic gains under President Trump, including record-low unemployment and falling poverty.

Steve Moore, an economist who advised Trump, said the trend lines for blacks under Biden were ominous, especially after all the COVID-19 relief that was distributed.

“It doesn't matter how much free money Biden passes out to people. There can be no black economic progress in households with no one working,” he said.

To put that number in perspective, black joblessness had reached an all-time low of 5.4% in the report that came out in November 2019, just before the pandemic.

Two other categories of workers also saw unemployment worsen in August: teen-agers and those without a full college degree.

And while the media mostly focused on the fact that new jobs in August were far smaller than projected, the bigger headline long-term for Biden may be the sliding employment picture for African-Americans, particularly if job creation continues to lag.

"Black workers are often first to be fired and last to be rehired, so if the recovery slows we might expect to see that the impact is more on black workers," Daniel Zhao, a senior economist with Glassdoor, told Reuters on Friday.