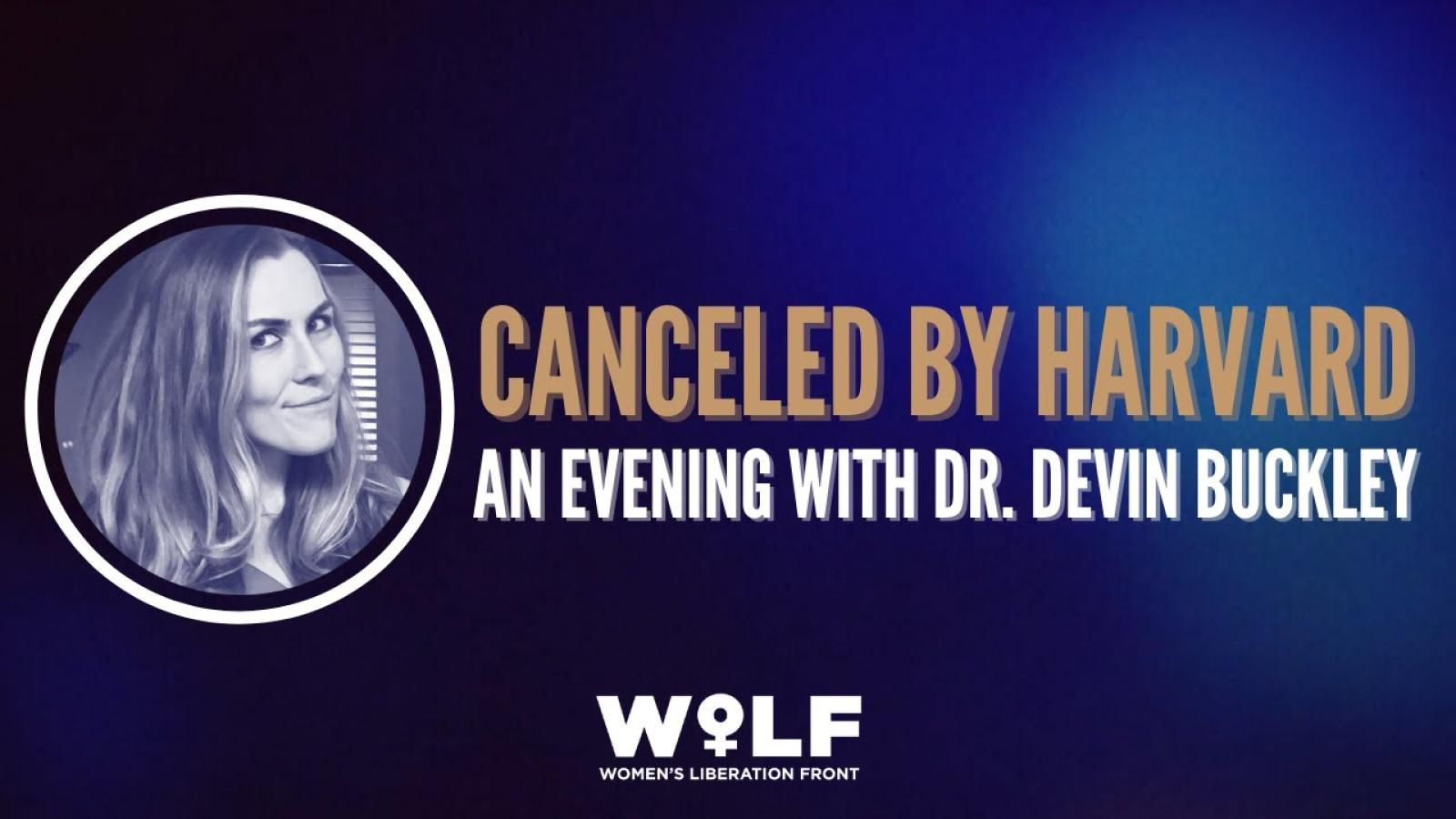 Harvard's Class of 1881 funded a gate on campus with a New Testament inscription: "Ye shall know the truth and the truth shall make ye free."

It's been closed for six decades, according to university records.

The Ivy League school recently closed the metaphorical gate on a scholar due to her unrelated views on gender identity and an autism panel discussion that angered "Autistic self-advocates."

At Harvard and elsewhere, the return of in-person learning has also revived campus activism against events and speakers that wound progressive sensibilities.

Feminist philosopher Devin Buckley's scheduled lecture on British Romanticism was scuttled when the co-coordinator of the Harvard colloquium googled her, according to the disinvitation letter and Buckley's response posted by the gender-critical Women's Liberation Front (WoLF), on whose board she serves.

Buckley's "public profile is largely rooted in controversial issues regarding trans identity," and WoLF "takes a public stance regarding trans people as dangerous and deceptive," according to the letter.

She responded this was "yet another instance of an elite university punishing (and misrepresenting) someone who questions fashionable far left dogma" on a subject irrelevant to her talk.

Neither she nor WoLF has ever claimed "a person is dangerous simply because he or she identifies as trans," but rather that biological males incarcerated with women "are dangerous in virtue of being predators," Buckley wrote.

National Review identified the co-coordinator as Erin Saladin, citing an email from her it had obtained. She told unidentified recipients that hosting Buckley, who was to be paid an honorarium and travel reimbursements, "would signal the colloquium as a hostile place for community members who are trans."

Buckley told Just the News May 5 that the founder of Harvard Alumni for Free Speech asked if she'd be interested in addressing the group, which is promoting a May 17 Harvard Business School Club of New York event on free speech in the workplace.

The Sadhguru Center for a Conscious Planet at Harvard-affiliated Beth Israel Deaconess Medical Center told The Harvard Crimson it was postponing "Autism Awareness: Thinking Outside the Box" following a Change.org petition by student Kris King with 1,500 signatures.

The petition capitalizes "Autism," signifying it as an identity, and says "treating" it as a condition is "not only violently ableist but scientifically incorrect."

The event description imputes "an alien-like nature to Autistic people," and the panel did not include any autistic people, who were outraged to see it promoted in Harvard's weekly undergraduate events email, the petition said.

Asked if the panel would actually happen, the center told Just the News it had connected with the original complainant and asked them to participate, but the event was indefinitely postponed.

"We are grateful to those who brought important aspects of the event to light and always intend for our actions to be respectful and inclusive," a spokesperson wrote. "We are pausing, deeply reflecting and learning before we consciously take next steps."

Harvard didn't answer queries about its process for deciding which events to promote and whether the Buckley disinvitation violated any policy or norm.

Minnesota's St. Olaf College ended philosophy and religion professor Edmund Santurri's appointment as director of its Institute for Freedom and Community, whose mission is facilitating "open and spirited exchanges on highly controversial subjects," more than a year ahead of his scheduled departure.

"It seems quite apparent that the precipitating cause of this decision" was a virtual spring lecture by philosopher Peter Singer, "though we understand that there has likewise been concern expressed about other speakers brought to campus by the Institute," the Princeton-founded  Academic Freedom Alliance told St. Olaf.

Singer has long been a target of protest by both pro-life and disability rights activists for his utilitarian views on human rights. Several St. Olaf offices denounced Singer's invitation, the Olaf Messenger reported, and a Change.org boycott petition drew 1,000 signatures.

Santurri's premature removal not only reveals the institute will be "sharply constrained so that it does not challenge campus orthodoxies," the alliance wrote, but violates St. Olaf's contractual promises to faculty and adherence to 80-year-old academic freedom principles.

St. Olaf told Inside Higher Ed the leadership change was not due to "any single speaker" Santurri chose, and noted it hasn't canceled any institute event this term. It didn't answer Just the News requests to explain whether it objected to the speakers in general and would pay Santurri all owed stipends and appoint him to the Institute Advisory Board, as the alliance demanded on his behalf.

Several weeks after denying recognition to a Young Americans for Freedom chapter in part for not demonstrating "inclusivity," Saint Louis University (SLU) ejected a speaker from its parent Young America's Foundation (YAF).

The national conservative group claims the Jesuit school gave preferential treatment to Black Lives Matter and abortion-rights activists who protested the "free speech demonstration" by conservative pundit Elisha Krauss in the middle of campus, where BLM camped for six days in 2014.

Krauss said the "school code" allows such demonstrations, which the chapter planned in response to SLU stalling on a formal event with Krauss.

YAF spokesperson Kara Zupkus said Student Involvement Center Director Jackie Weber "ignored the students for 4 weeks and never signed the contract despite multiple follow-ups and in-person trips to her office." On one visit, the secretary said Weber, visible in her office, was at a "bingo event."

Zupkus shared correspondence that shows Weber and the chapter's chairman, Nicholas Baker, arguing in mid-April about how much security would be needed for Krauss.

The email chain resumed April 29, when Weber saw "unapproved flyers" for the Krauss event that falsely claimed "a right to protest" on the private campus. The chapter can't "circumvent our process because you personally disagree" with it, she told Baker.

The chapter gave SLU a month to vet the event application, he responded. SLU approved a "queer, kinky, pro abortion, sex positive pastor" to speak on campus while slow-walking a "Christian woman whose stances are in strong alignment" with the Catholic Church.

Weber warned him Krauss's appearance would not be deemed a "protest as covered by the speech and discourse policy." He answered: "We’ve actually decided to attend the dance party. The megaphone is part of our dance routine."