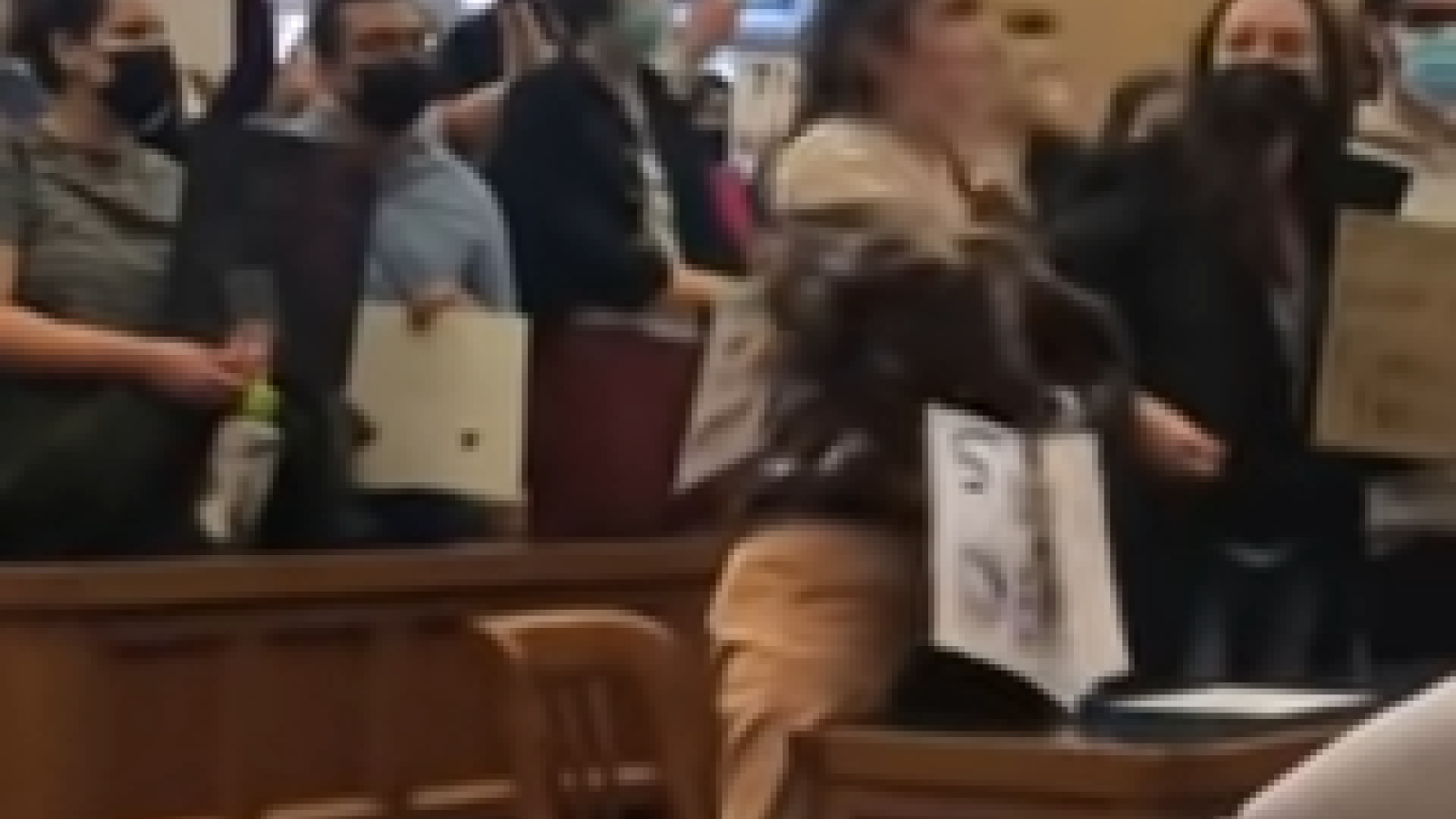 Yale Law School will not punish students who tried to shut down a Federalist Society event with the conservative Alliance Defending Freedom (ADF) and liberal American Humanist Association (AHA).

The students "exited the event, and it went forward," right after the moderator read the university's free speech policy and procedures "for the first time," spokesperson Alden Ferro wrote in an email to Just the News Thursday.

While students can't be punished under its "three strikes rule," Yale administrators are "nonetheless in serious conversation with students about our policies, expectations, and norms," Ferro said.

The Washington Free Beacon published video Wednesday from the March 10 event, which drew more than 100 student protesters. It was a discussion of ADF and AHA joining forces to defend First Amendment rights of students before the Supreme Court.

Protesters "began to antagonize members of the Federalist Society" right after Professor Kate Stith introduced ADF's speaker, Kristen Waggoner, the Free Beacon reported, citing audio and video of a protester telling a club member she would "literally fight you, bitch." Other protesters reportedly heckled Stith when she reminded them of Yale policy banning disruption.

While protesters left the room after Stith's warning, they "began to stomp, shout, clap, sing, and pound the walls, making it difficult to hear the panel," according to the Free Beacon, which said the din also "disrupted nearby classes, exams, and faculty meetings."

Protesters blocked the only exit from the room, and "two members of the Federalist Society said they were grabbed and jostled as they attempted to leave," according to the news site.

Although Associate Dean Ellen Cosgrove was present throughout the event, she did not confront any of the protesters, the outlet reported.

An open letter signed by more than 60% of the student body denounced the appearance of police to escort Waggoner and AHA speaker Monica Miller out of the event, saying it threatened their "peaceful protest."

It's not clear who called police, but Federalist Society members told the Free Beacon they were told it was Dean Heather Gerken, who was recently reappointed to another term.

"We regularly work with student groups for various events and speakers," Ferro told Just the News. "When visitors to the Yale campus bring their own security, as in this case, University policy requires the Law School to inform Yale Police. We then work with the police to determine the appropriate level of support for the particular visitor and/or event."

Gerken's reappointment was imperiled by ongoing fallout from Yale Law's punishment of outspoken Professor Amy Chua, based on groundless rumors that she was hosting drunken dinner parties with students and judges during the COVID-19 pandemic.