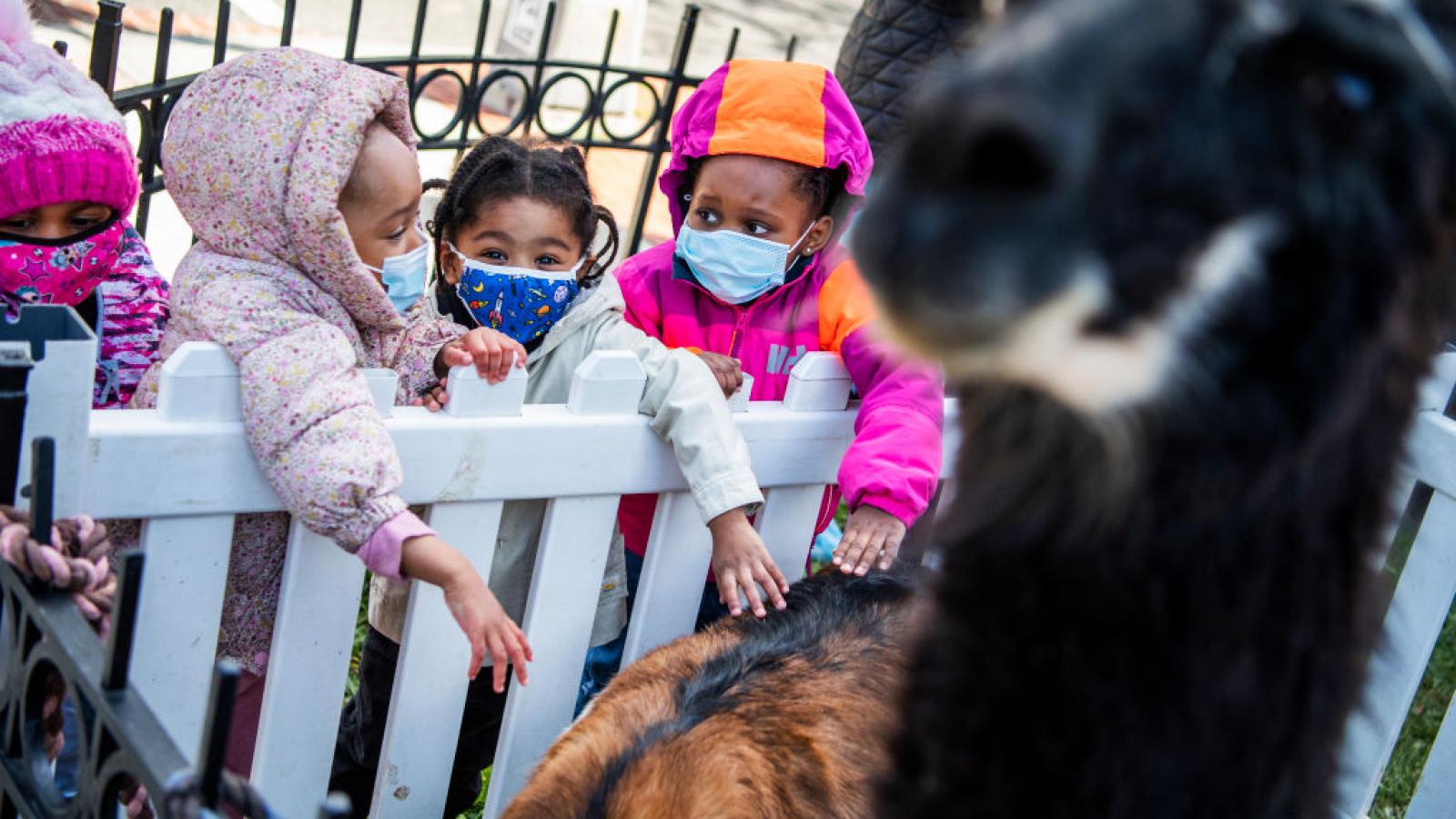 The lead author of a study that found dangerously high levels of inhaled carbon dioxide in German masked schoolchildren is crying foul after the prestigious journal that published the study retracted it.

Harald Walach told Just the News that editors at the Journal of the American Medical Association and JAMA Pediatrics did not tell him how he failed to provide, in the words of the retraction notice, "sufficiently convincing evidence" in response to criticism of the study.

"I would actually also like to see how those conclusions were reached, but I am afraid that there was no solid conclusion," he wrote in an email. The "key phrase" in the retraction notice was "potential public health implications," which suggests "the retraction was political, because some people did not like our data," Walach said.

The notice cited "numerous scientific issues" that were raised after the publication of the research letter, a shorter format JAMA accepts for "concise, focused reports of original research." They are limited to 600 words — a condition cited by Walach in responses to criticism.

Editors Dimitri Christakis and Phil Fontanarosa faulted the study methodology, particularly the measurement device the authors used to assess CO2 levels, questioning whether it correctly measured inhaled air only. The "validity of the study conclusions" — that policymakers should reconsider universal child masking — is also in doubt, they argued.

The notice also said the journal performed an "editorial evaluation" and commissioned "additional scientific review," but did not elaborate. Walach told Just the News the editors did not provide a "rebuttal of our points" or the "fourth scientific review that was hinted at" in the notice.

It's the second retraction for Walach, a psychologist at Germany's University of Witten/Herdecke, in two weeks.

He was also lead author on a study in Vaccines that estimated two deaths were "inflicted by" COVID-19 vaccines for every three lives they saved. The journal claimed the study conflated correlation with causation, prompting Walach and coauthors to accuse Vaccines of accepting a much lower evidentiary burden for COVID-linked deaths.

Walach lost his affiliation with Poland's Poznan University of Medical Sciences in response to the Vaccines paper. He told Retraction Watch the university didn't tell him before tweeting his removal.

The mask paper has drawn 21 official comments so far, mostly critical. Among their claims: The CO2 incubator analyzer used in the study is "unsuitable for measuring the transient concentrations during the respiration processes," the study lacks data on oxygen levels that could give "context for the effects of masks on blood chemistry," and "the amount of dead space" in masks could make measurements unreliable.

Northwestern University's Eve Bloomgarden, founder of an Illinois medical group that promotes "continued universal masking" of schoolchildren, blasted JAMA Pediatrics for accepting a paper by authors with a "known bias against masks and other non-pharmaceutical interventions against COVID, as well as vaccinations."

Three other activist academics joined her comment, warning the paper "may lead to very real harm for children." Millions of them "have been successfully wearing masks every day for months," and "extensive evidence" shows masking is "essential" to COVID mitigation, they claimed.

That view is not shared by University of California San Francisco epidemiologist Vinay Prasad, who responded to Walach's study by scolding the scientific community for failing "entirely" to determine the risk-benefit ratio of masks for children.

The mask paper's authors formally responded to several comments before its retraction, emphasizing it was a "condensed version" of a much longer report. (Walach didn't immediately answer a request for that report.)

"This is the first peer-reviewed study of carbon dioxide content under face masks in children in a short measurement set-up," conducted by a measurement engineer and physicist-physician, they wrote, challenging critics to "produce better and different results."

In response to the comment by Northwestern's Bloomgarden, they wrote that "skepticism is a good precondition for studying a phenomenon."

The CO2 analyzer works well because it allows "a small tube" to fit under the mask without "disturb[ing] the air exchange too much." They distinguished between inhaled and exhaled air by switching on and off the "aspiration pump of the measuring device" for each.

As for blood oxygenation, they stopped measuring it after the first "10 or so" children because they found "no variance whatsoever." This is likely because of the short-term nature of the experiment — 3 minutes per child — and the fact that the body can "buffer lower oxygen for a while before blood oxygenation goes down."

They scoffed at Bloomgarden's claim that widespread child masking had not led to "adverse health events reported worldwide," citing "many thousand[s of] cases" reported in Germany. A research team in Italy, "with different setups and measurement devices," also found "around the same values" as them, they said.

"We remind everyone: it is not those who doubt the safety of any intervention to show that there are harms," they wrote.

The authors "do not resolve some key scientific issues," and new comments raise "additional concerns," she wrote in an email shared by Walach. "Please address questions of fact and measurement accuracy raised about the study without editorializing or admonishment."

She asked for more evidence of "the accuracy and validity" of their measurement instruments and "published evidence" that in-mask CO2 levels "reflect inhaled CO2 levels." Flanigan implied that the German "public charity" that organized and funded travel for participants had improper influence in at least some part of the study.

Fontanarosa responded July 16, after Walach gave detailed technical responses to Flanigan's questions and responded to new comments. The journal determined "the responses do not convincingly address the critical scientific issues that have been raised," he wrote in an email shared by Walach.

Flanigan and Fontanarosa did not respond to a query from Just the News seeking their response to Walach's allegations.