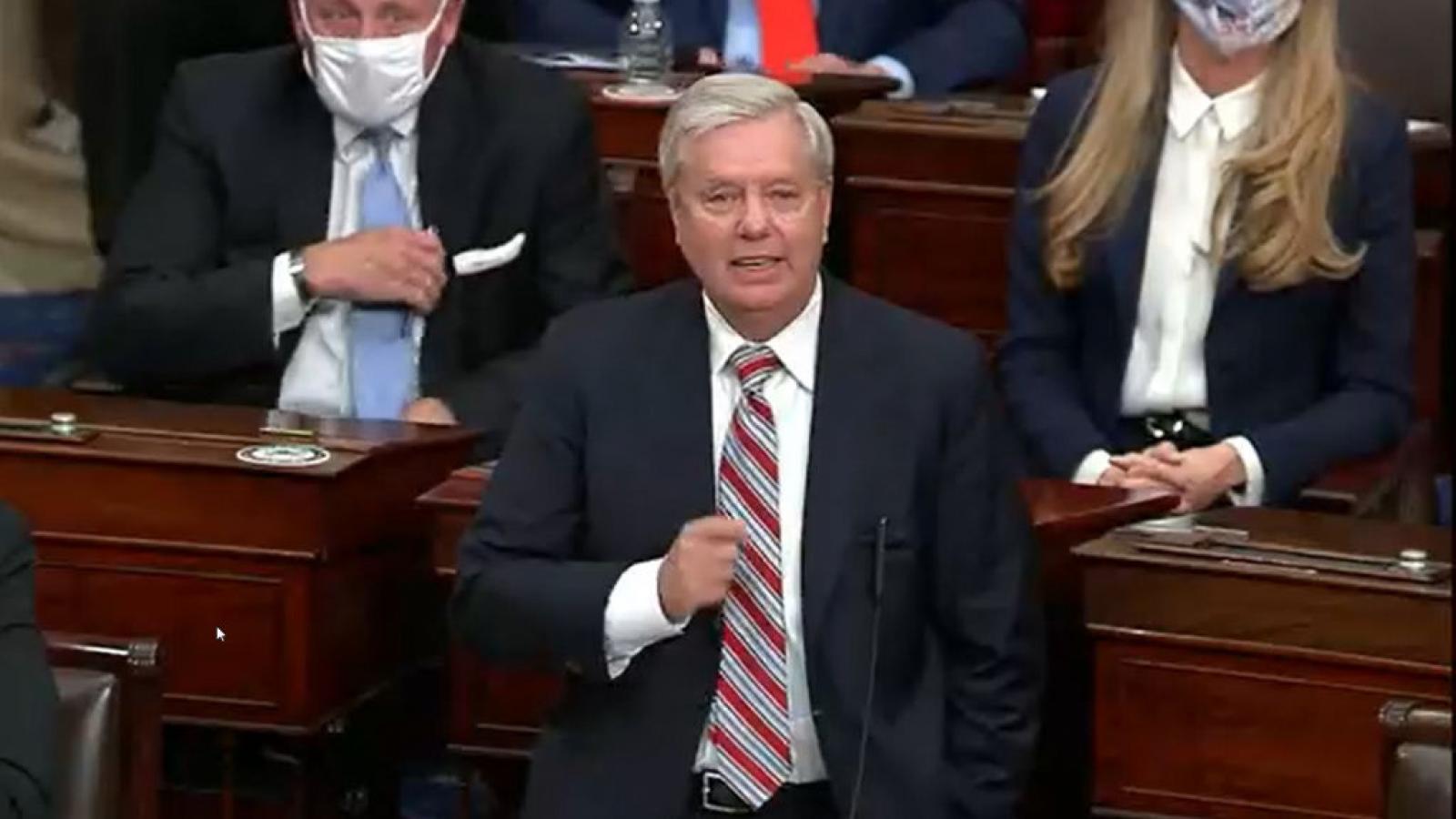 Graham said Republicans need to continue with Trump administration policies and that it is easier to move forward with Trump than without him.

The South Carolina Republican also argued that one reason Trump and other Republicans lost once-reliable Arizona in the 2020 elections is that the former president attacked GOP Sen. John McCain, a Vietnam War hero who died in 2018.

"The main reason he [Trump] probably lost in Arizona was because of beating on the dead guy called John McCain," Graham said.

Graham is largely a Trump supporter but has had a back-and-forth relationship with the former president. Graham said after Trump refused to accept the 2020 election results and spoke at a rally minutes before the Jan. 6 Capitol Building siege, "Count me out. Enough is enough."