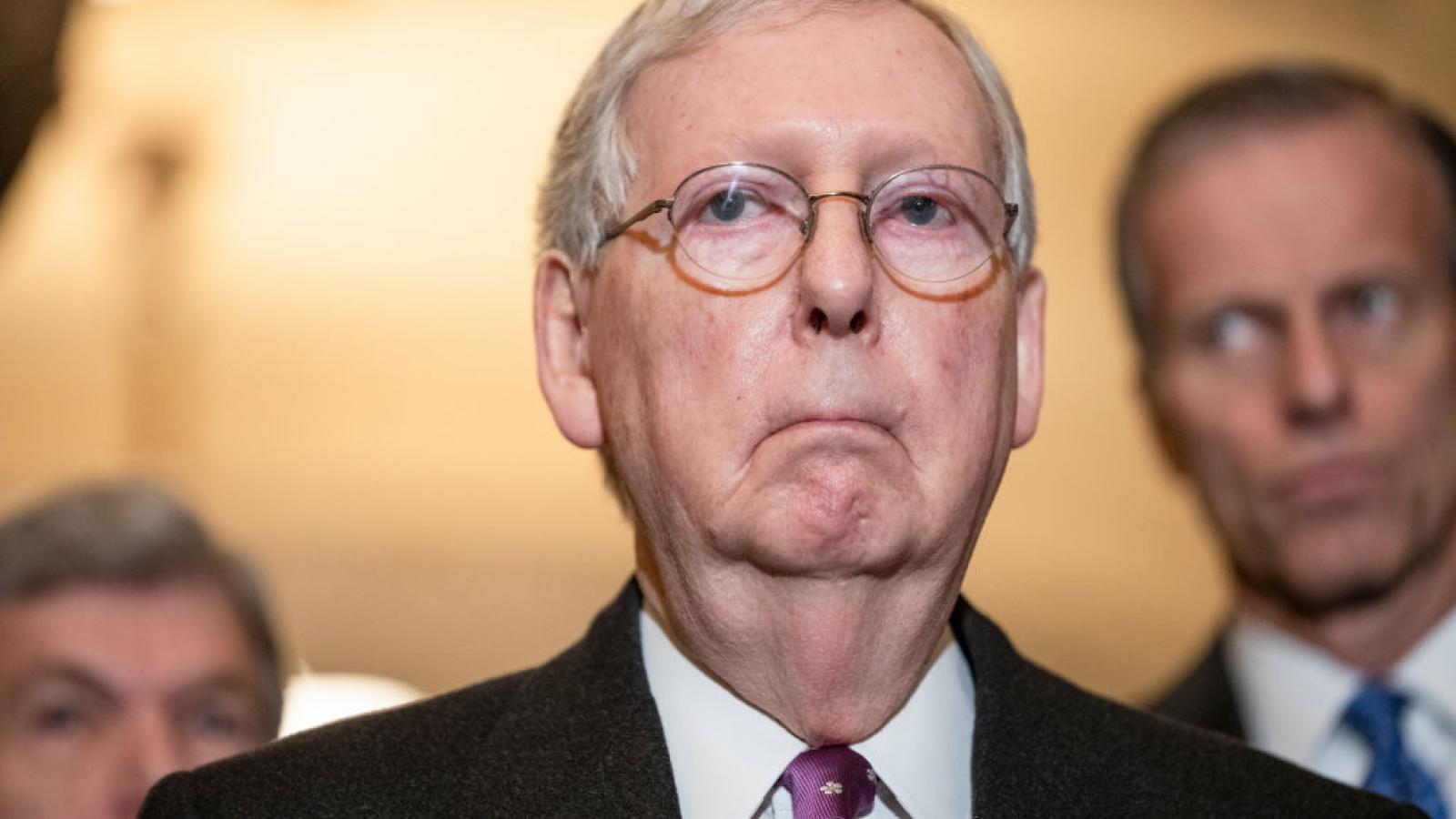 "Well there's a lot to happen between now and '24," McConnell said in an interview with Fox News’ Brett Bauer. "I've got at least four members that I think are planning to run for president plus some governors and others. There's no incumbent, a wide-open race and it should be fun for you all to cover."

When pressed if he’d support Trump, whom just weeks ago he accused of dereliction of duty and inciting the Capitol riot, if the 45th president was renominated in 2024, the Kentucky Republican didn’t hesitate.

“The nominee of the party? Absolutely,” McConnell answered.

McConnell has seen his popularity dip after criticizing Trump, and Republicans across the spectrum are coming to grips with the fact that Trump remains remarkably popular since leaving office.

Another intra-party nemesis, Sen. Mitt Romney of Utah, conceded this week that Trump likely would win the nomination in 2024 if he ran again.

"I'm pretty sure he will win the nomination," Romney told The New York Times. "I look at the polls and the polls show that, among the names being floated as potential contenders in 2024, if you put President Trump in there among Republicans, he wins in a landslide."