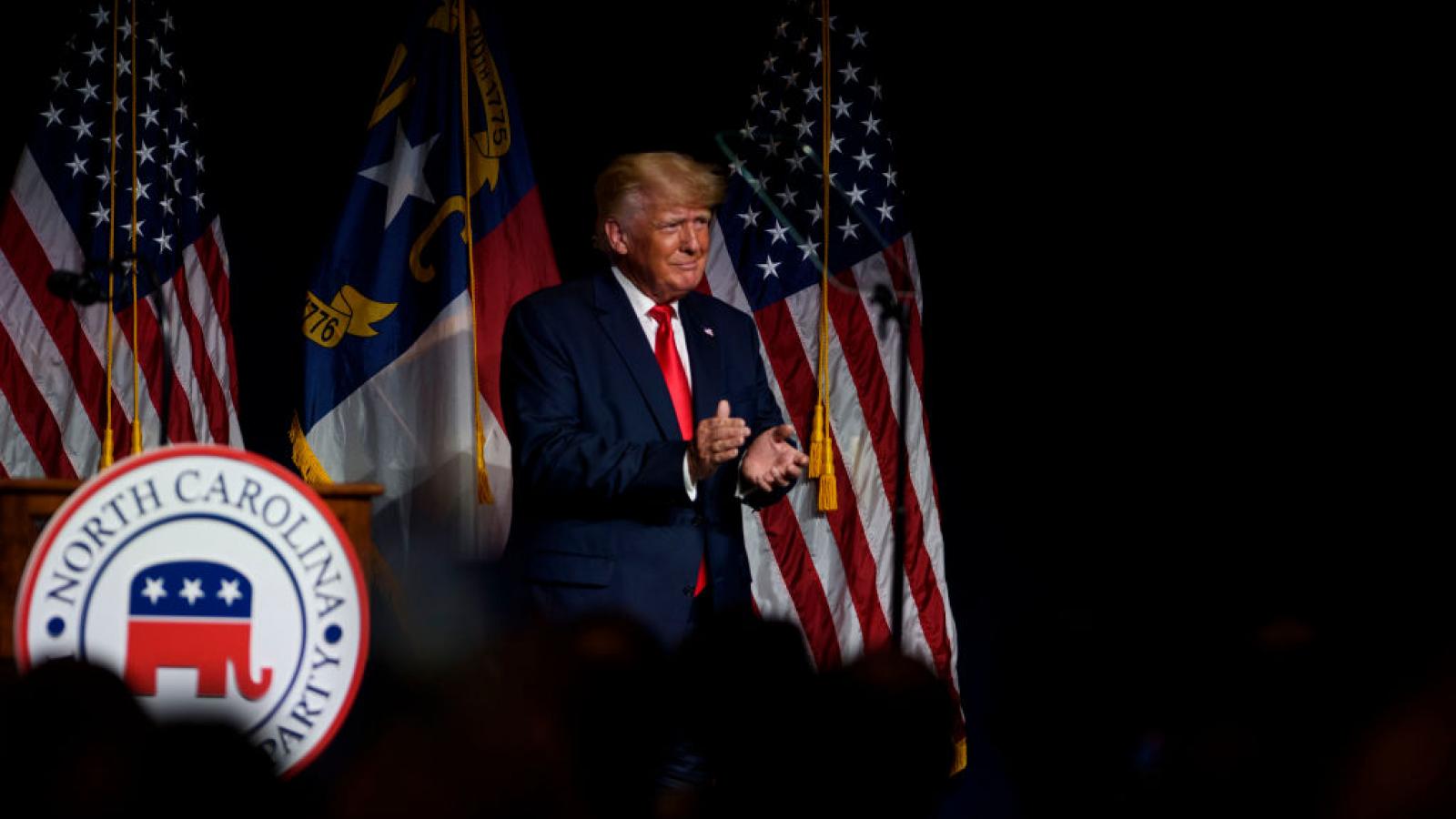 The phone rally planned for 8 p.m. comes after the 45th president issued a statement saying mass turnout from his base was key to winning Tuesday's election for Republicans and keeping Democrat Terry McAuliffe from re-capturing a gubernatorial office he previously held from 2013-17.

"I am not a believer in the integrity of Virginia’s elections, lots of bad things went on, and are going on," Trump said. "The way you beat it is to flood the system and get out and vote. Remember this, Glenn Youngkin is a good man, a hardworking man, a successful man. He loves Virginia and wants to cut your taxes, save your children’s education, and many other very good things.

"Terry McAuliffe is a low-life politician who lies, cheats, and steals. He was a terrible high-tax governor and would be, if elected, an even worse governor again," he added.

Youngkin accepted Trump's endorsement early in the election, but the two have not since appeared together. Both McAuliffe and liberal media outlets have tried to suggest Trump is a liability in the purple state. The former president on Monday disputed those characterizations.

"The Fake News media, together with some of the perverts doing ads ad nauseam on primarily Fox (Fox shouldn’t take those ads!), are trying to create an impression that Glenn Youngkin and I are at odds and don’t like each other," Trump wrote in a statement issued by his office. "Importantly, this is not true, we get along very well together and strongly believe in many of the same policies. Especially when it comes to the important subject of education."

Youngkin has soared into a tie or lead in recent polls, using the issue of radical school agendas to his advantage while relentlessly pounding McAuliffe for comments he made at their last debate suggesting parents shouldn't have a say in what their children are taught.