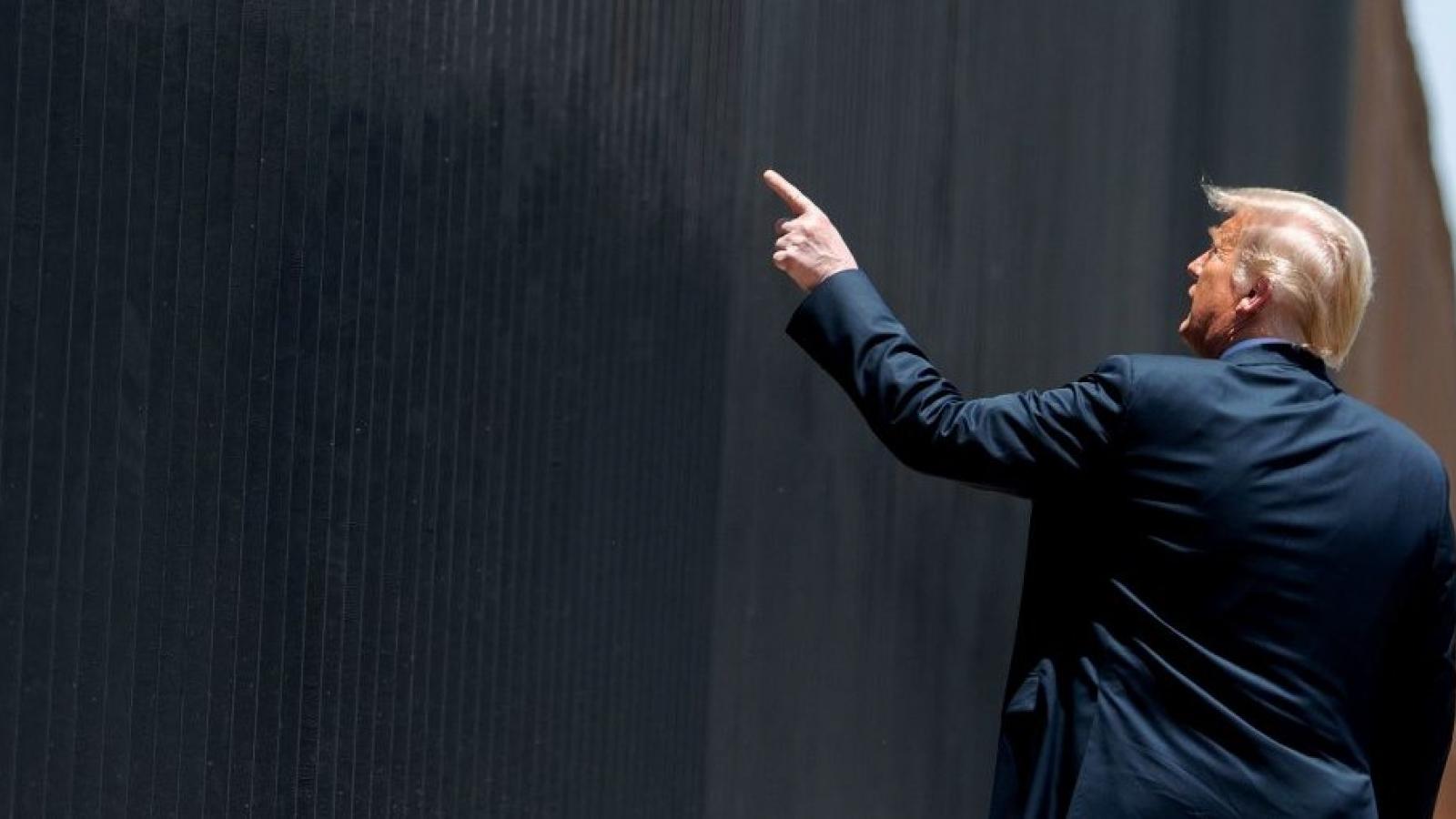 President Trump at the border
Getty Images
By Nicholas Sherman

"Warmonger Liz Cheney, who has virtually no support left in the Great State of Wyoming, continues to unknowingly and foolishly say that there was no Election Fraud in the 2020 Presidential Election," Trump said in a statement.

GOP support for Cheney to remaining a member of House Republican leadership deteriorated quickly this week, amid her ongoing feud with Trump, largely over her saying there was no widespread vote fraught, contributing to Trump's 2020 loss.

On Monday, she said anyone who says the election was stolen is "poisoning our democratic system."

On Wednesday, Trump called McConnell "gutless and clueless" for failing to expose 2020 election corruption and for Republicans earlier this year losing two Senate seats in Georgia to Democrats.

He also said had his vice president, Pence, referred election information back to several state legislatures for approval – "as demanded by the U.S. Constitution" – along with Cheney and McConnell having done more, "We would have had a far different presidential result, and our country would not be turning into a socialist nightmare! Never give up!"