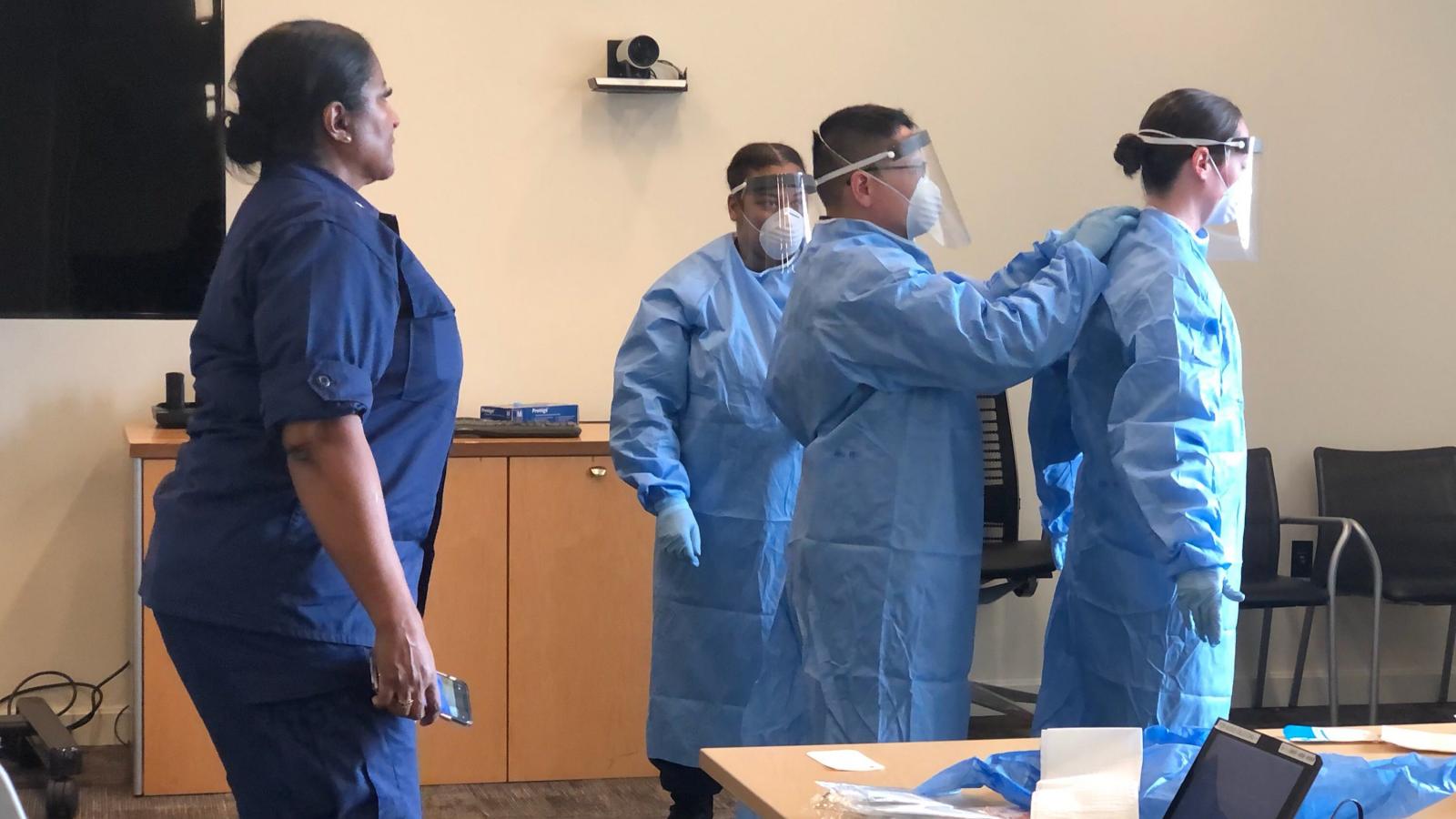 Medical professionals get suited up before preparing to test patients for COVID-19.
Food and Drug Administration
By John Solomon

Former Food and Drug Administration Commissioner Scott Gottlieb says accidental lab leaks "happen all the time" amid mounting intelligence that COVID-19 originated with a mishap at the Wuhan lab in China.

Gottlieb told CBS' "Face the Nation” on Sunday that definitively determining how the pandemic started was essential to preventing future outbreaks.

"It’s important to understand what the possibility is that this came out of a lab so we can focus more international attention on trying to get better inventories around these labs, what they’re doing, better security, make sure they’re properly built," Gottlieb said. "We need to also look at public health through the lens of national security.

Addressing the growing belief that an accident occurred at the Wuhan Institute of Virology, the former FDA boss said lab security is weak around the world.

"These kinds of lab leaks happen all the time, actually," he explained. "Even here in the United States, we’ve had mishaps, and in China, the last six known outbreaks of SARS-1 have been out of labs, including the last known outbreak, which was a pretty extensive outbreak that China initially wouldn’t disclose that it came out of a lab."

Gottlieb added the United States was disproportionately impacted by COVID-19.