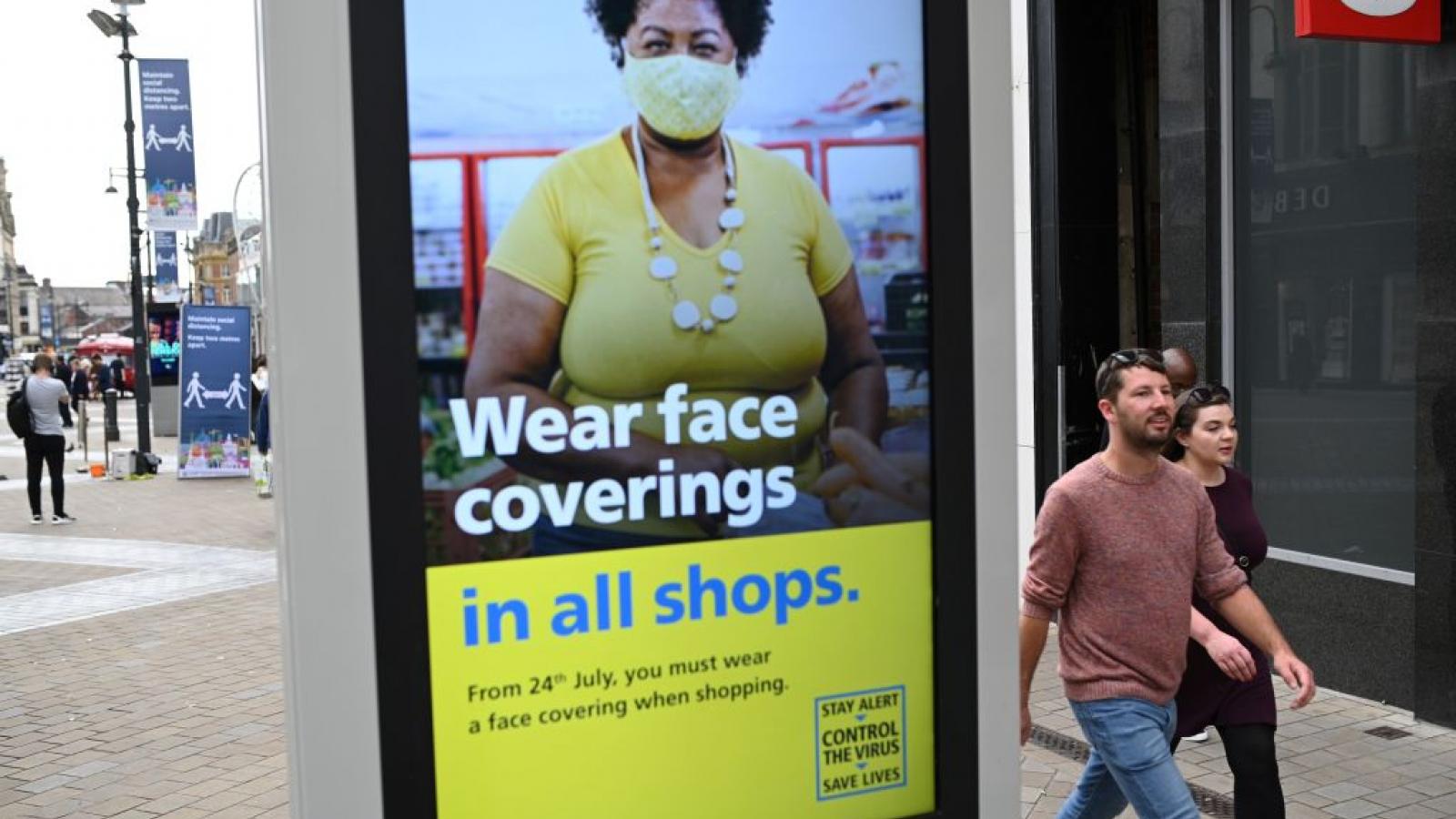 A sign calling for the wearing of face coverings in shops is displayed in Leeds.
(Oli Scarff/Getty Images)
By Nicholas Sherman

Mask mandates and other COVID-19 restrictions may make a comeback as the new delta variant of the disease spreads across the country.

On Tuesday, Biden announced that the federal government might require all federal employees to get fully vaccinated. This possible vaccine mandate isn't the only example of rejuvenated COVID-19 paranoia, as other federal agencies and states across the country have been increasing COVID-19 precautions such as mask mandates for the first time since the beginning of the year when the virus appeared to be on its back foot.

On Tuesday, the Centers for Disease Control and Prevention revised its guidance on wearing masks, saying that even fully vaccinated people should wear masks indoors in areas where the virus is spreading. The CDC also expanded the mandate to minors, something which wasn't done during the pandemic in 2020.

"Masking indoors must again become a normal practice by all, regardless of vaccination status, so that we can stop the trends and level of transmission we are currently seeing," Los Angeles County officials said last week of their decision to reimpose mask mandates, adding that they "expect to keep this order in place until we begin to see improvements." However, no official said when or what that would be, according to The Washington Post.

New York, California's eastern sister state, has followed suit, with New York City Mayor Bill de Blasio saying that the time for "voluntary" vaccines is over. De Blasio argued that it is time for vaccine "mandates because it's the only way to protect our people."

Other cities have also followed Los Angeles' example, such as St. Louis, which on Monday reinstated mask mandates on public transportation and in indoor places. Chicago is also considering reverting back to mask mandates, with Mayor Lori Lightfoot saying Tuesday that "everything is on the table."