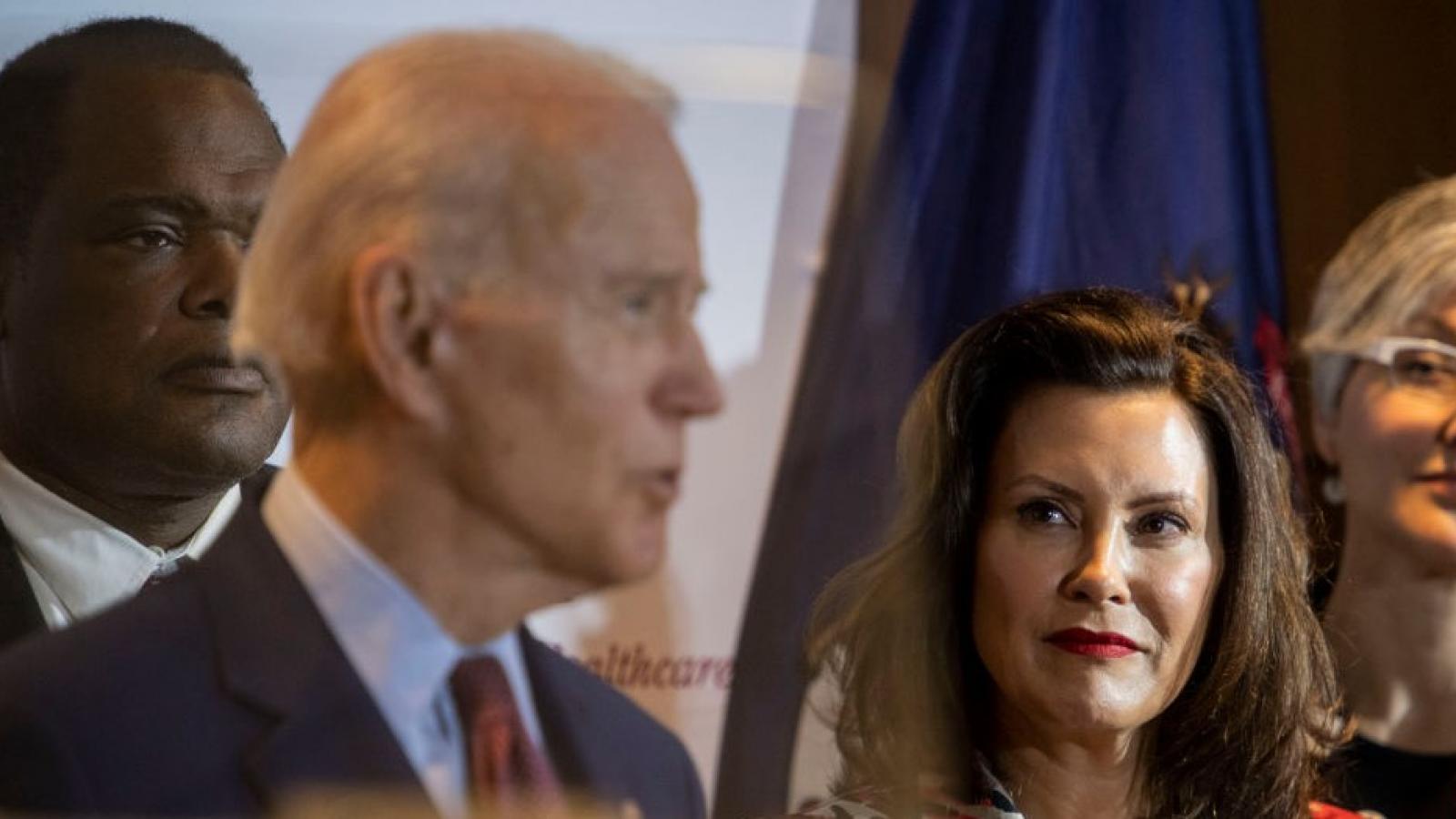 Michigan Democratic Gov. Gretchen Whitmer is at odds with fellow party member President Biden and his administration over how to handle the surge in COVID-19 cases in her state.

Whitmer has made several requests to the federal government for more vaccines amid a surge in cases and hospitalizations, attributable to a new strain of the virus, the B.1.1.7 variant, first discovered in the United Kingdom.

Whitmer last week spoke directly by phone to Biden for 20 to 30 minutes on the matter but got no support, according to CNN.

"The variants that we've seen in Michigan, those variants are also present in other states. So our ability to vaccinate people quickly in each of those states, rather than taking vaccines and shifting it to playing whack-a-mole, isn't the strategy that public health leaders and scientists have laid out," Andy Slavitt, a senior Biden adviser on the virus, said Monday.

Centers for Disease Control and Prevention Director Rochelle Walensky says Whitmer needs to shut down the state to combat the new strain.

The governor is also reluctant to shut down the state after the backlash she received from residents early in the pandemic.

In addition, the state Supreme Court recently ruled Whitmer does not have the unilateral power to shut down the state.