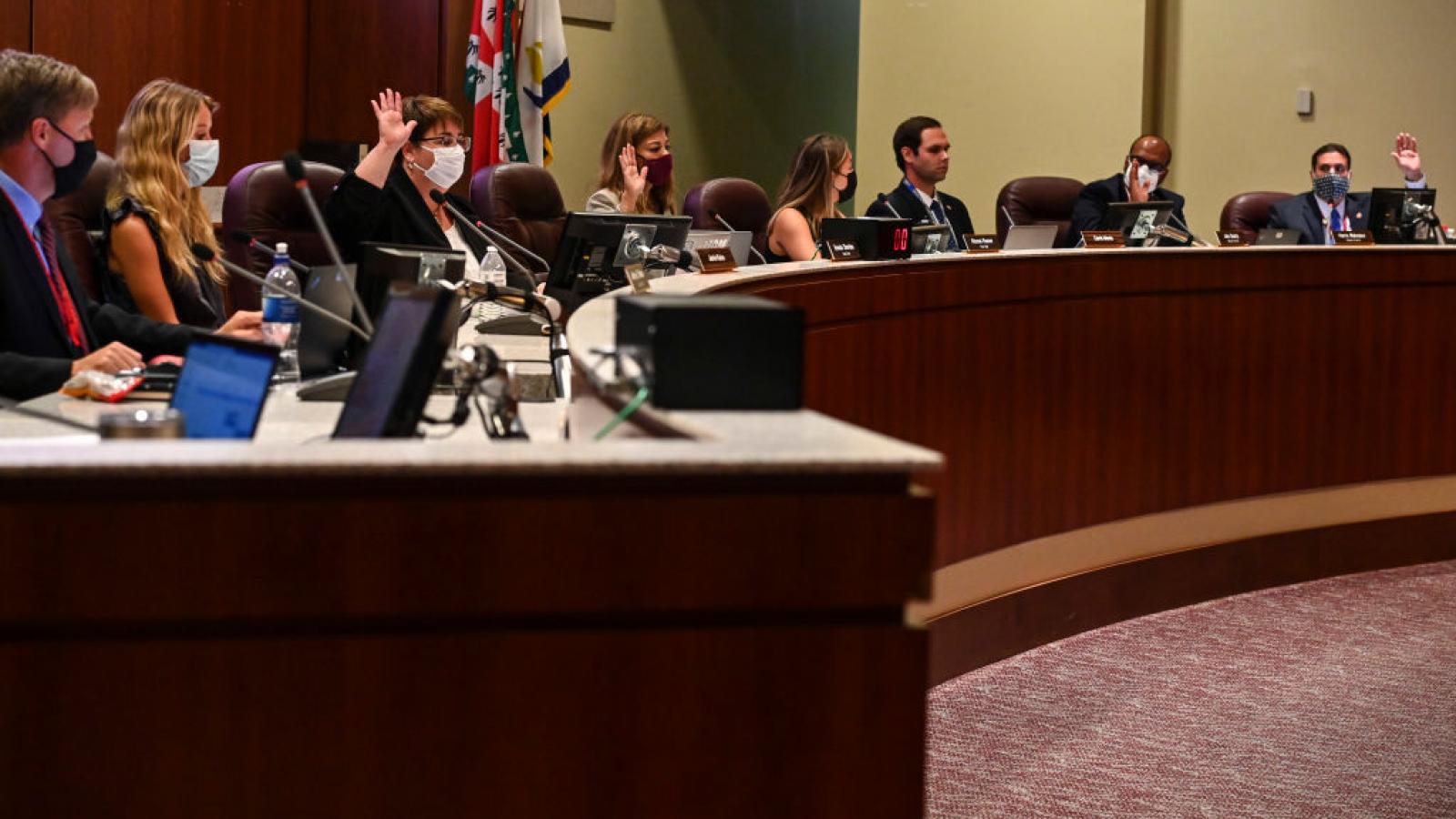 School board recall efforts are sweeping the country, with many driven by parents claiming critical race theory (CRT) is infecting schools, demanding schools reopen in person, and arguing that boards are consumed by virtue signaling.

According to Ballotpedia, 58 such efforts against 144 board members have taken place in 2021. Those are both all-time highs since it started tracking school board recall efforts in 2006, and far above the next highest year, 2010.

Only one school board member has been removed in 2021, however, while three resigned and seven were retained in elections. One is scheduled for a November recall vote in Kansas for upholding a mask mandate.

Ballotpedia identifies most of the efforts against individual board members as "underway," followed by those not going to a vote.

Wealthy Northern Virginia enclaves have experienced some of the fiercest battles, with one school board going so far as to sharply restrict public comment and even attendance at its meetings.

Fight for Schools is gathering petition signatures across the county this week to recall six of the nine Loudoun County Public Schools (LCPS) board members. The group alleges the board members have been implementing a "politicized curriculum that is dividing the county" and evading open meeting laws.

Led by former Justice Department official Ian Prior, the parent group recently held its own "public comment session" in response to the board's new meeting rules, which were prompted by a rowdy meeting that included arguments over CRT and a now-approved gender identity speech code for employees.

A teacher also announced her resignation while testifying at the LCPS meeting last week, criticizing "so-called equity trainings" she had been forced to complete and alleged suppression of differing viewpoints.

Board member Jeff Morse denounced his colleagues last week for their unprofessionalism, including their "hit list" - a private Facebook group that Fight for Schools characterized as conspiring against critical parents.

In Fairfax County, the Open FCPS Coalition is seeking to recall board members for closing schools and then partially reopening them using arbitrary or biased criteria. It announced last month it collected 5,000 signatures for the recall of board member Elaine Tholen.

A county judge ordered Tholen to show cause at an Aug. 13 hearing why she shouldn't be removed, according to Fairfax County Times. Open FCPS founder Dee O’Neal Jay told Just the News that the hearing got moved to Aug. 20.

The coalition is also collecting signatures to oust board members Abrar Omeish and Laura Jane Cohen. Jay said it has obtained three-quarters needed to oust Cohen and more than a third to oust Omeish.

California has been a hotbed of recall efforts over board members' votes to keep schools at least partially closed due to COVID-19. They are underway in places including Fremont, San Diego County, Santa Clara County, San Luis Obispo County, Solano County, Chico and Cupertino, home to Apple.

One of the more unusual recall campaigns is against San Francisco school board members, sparked by their refusal to give a timeline for reopening schools even while voting to rename 44 schools with politically incorrect namesakes.

A campaign volunteer called police after a person tried to steal petition paperwork, the San Francisco Chronicle reported. District Attorney Chesa Boudin, himself facing recall, agreed to recuse himself from prosecuting the case after a witness alleged a conflict of interest.

The school board of Rapid City, S.D., flipped through elections in June rather than recall campaigns.

Three conservatives defeated teachers union-endorsed candidates, while the board's lone conservative defeated a challenger, in a campaign marked by concerns about school closures, mask mandates and CRT in the curriculum, according to National Review.

They didn't run as a slate and separately campaigned on the ground, triumphing in a low-turnout election. "The left is very well organized. The teachers union is very well organized, and they’re very alive and well here," said newly elected board member Deb Baker, a retired businesswoman and grandmother.

She was spurred to run when she saw the lone candidate for the seat had shared a poem calling for a president "who had an abortion at 16 … lost their last lover to AIDS ... crossdresses" and has done drugs.

An earlier revolt against CRT in schools led to conservatives winning seats on the Southlake, Texas school board.

In Michigan, Mount Pleasant's school board riled the community by imposing a mask mandate on students under 12 last month, after being given a community survey that showed two-thirds opposed a mandate for any students, ABC 12 reported.

The Isabella County Election Commission approved the recall language for the three board members who voted for the mandate.

Some recall efforts have already failed. Activists failed to obtain enough signatures last month to force a vote on board members in Wisconsin's Amery School District. The Amery Free Press said the effort sought their removal for mask mandates and CRT.