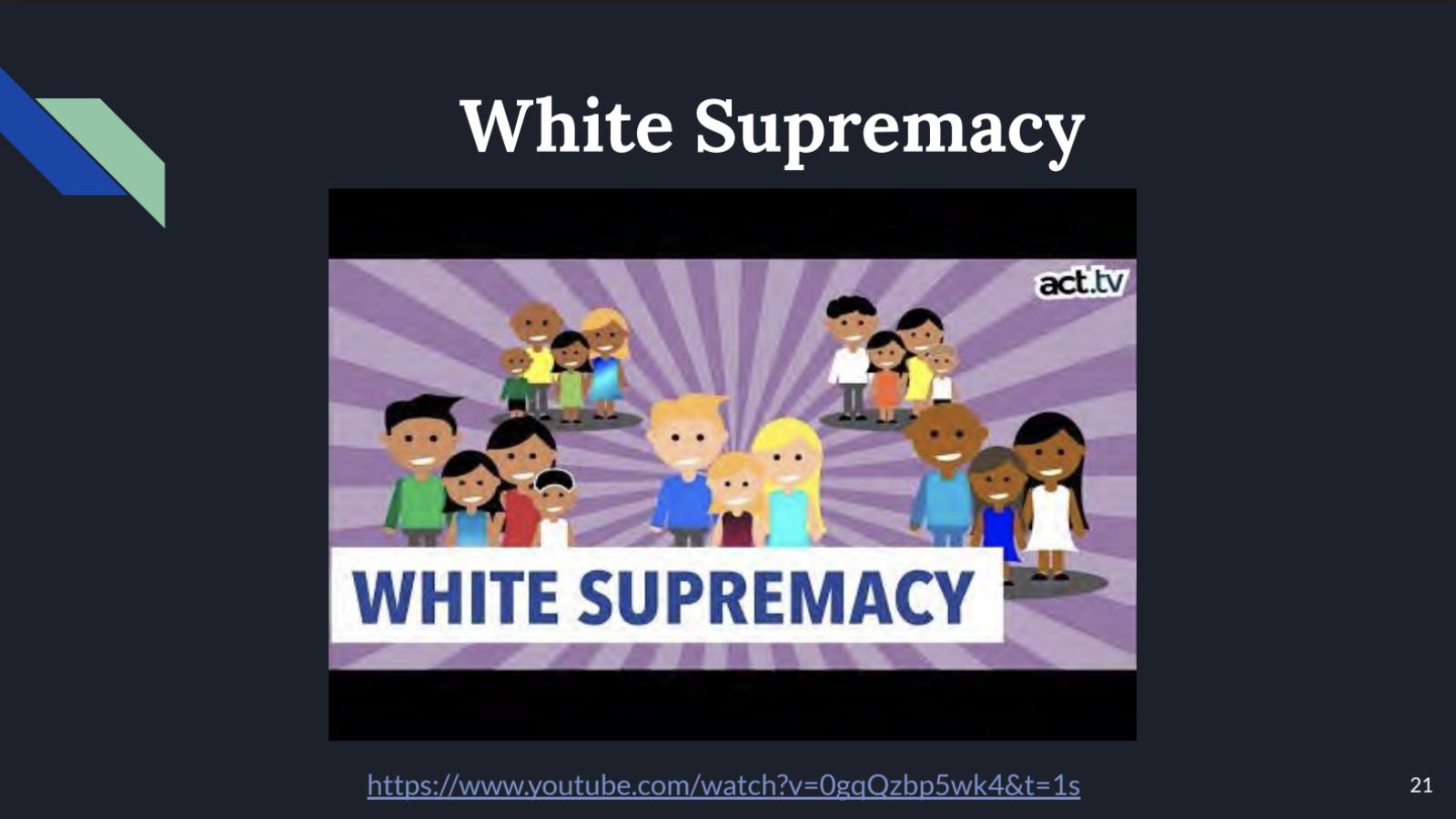 A slide from a training presentation for Springfield, Mo. teachers.
Just the News
By John Solomon

A teacher who has sued a Missouri school district over the use of critical race theory training materials says she fears school districts are trying to drive a wedge between parents and their children and make educators afraid to dole out discipline.

Brooke Henderson is trying to force the Springfield, Mo., school district to drop training materials she was subjected to last year that instructed teachers that they might be engaged in oppressive or white supremacist behavior simply by insisting on using English in the classroom, uttering that "all lives matter" or calling police on a black suspect. Just the News obtained the training materials for a story it wrote this week.

Henderson told the John Solomon Reports podcast in an interview Monday that she became concerned that the training materials were designed to influence teachers to portray adults as oppressors, undercutting parents' authority with their children.

The materials suggested key American institutions like churches were part of a cycle of repression, but "I think it's even worse, that we're teaching our kids to not trust their parents," Henderson said.

"If you look at one of the oppression matrixes, it says that adults are the oppressor," she said. "And, you know, the border groups are the young adults, but the elderly, and the younger children fall into that, you know, oppressed category. ... I cannot think of anything worse than telling your child to not trust her parents and that their parent is oppressive to them."

Henderson said she fears that one net effect on teachers who underwent the training is that they have become more reluctant to discipline students, even when unruly or engaged in bad behavior.

"I think across the board, it sends a message, you know, not only do we not call the police, we don't discipline students for inappropriate behavior," she said. "And so now teachers are afraid to discipline any student for inappropriate behavior. And, you know, I think across the nation, you'll hear teachers saying the same thing, that discipline is a concern, because nobody wants to be called a white supremacist. Nobody wants to be seen as a racist."