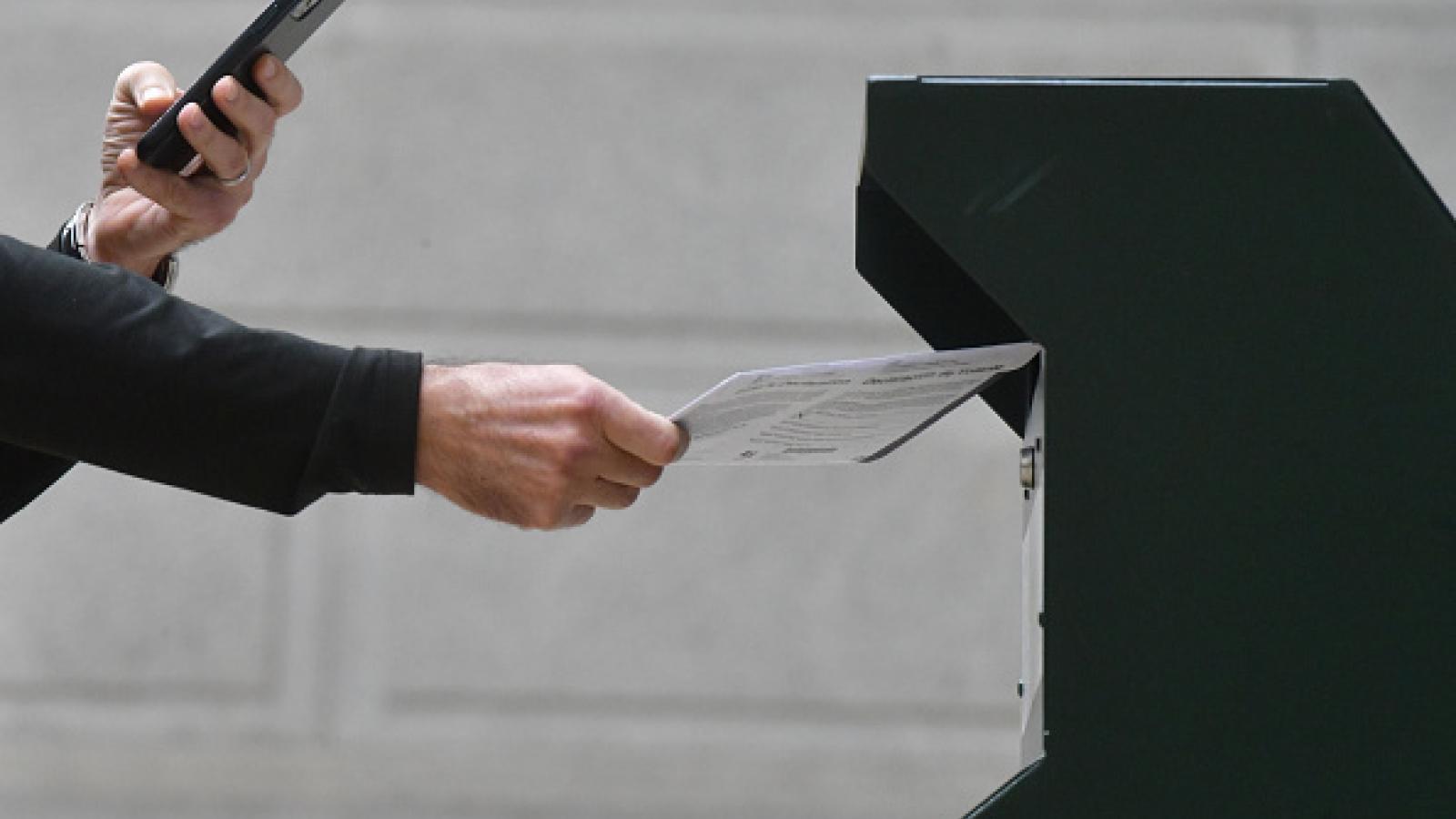 The sheriff's office of an Arizona county highlighted in Dinesh D'Souza's "2000 Mules" documentary on alleged ballot harvesting and trafficking in the 2020 presidential election announced Wednesday it has teamed up with the county recorder to investigate 2020 election fraud.

The Yuma County Sheriff's Office announced Wednesday that as of March, it has 16 open voter fraud cases.

The Sheriff's Office and the Recorder's Office "are working together to actively examine cases of voting fraud from the 2020 General Election and now a recent pattern of fraudulent voter registration forms leading up to the 2022 Primary Election," according to the YCSO.

"Some examples of voter fraud Yuma County is currently seeing," the sheriff reports, "are the following:

True the Vote founder Catherine Engelbrecht said in a statement Thursday: "We are extremely encouraged that the Yuma County Sheriff's Office and Recorder's Office are now working together to investigate individuals involved in the subversion of elections. We've spent concentrated time in Yuma County and have provided significant information to both state and federal authorities. What has been happening in Yuma County is happening across the country. The targeting of vulnerable communities and voter abuse must be stopped."

In an interview on the John Solomon Reports podcast episode to be aired Friday, D'Souza, the film's director, revealed that an alleged Yuma County mule interviewed by True the Vote in his documentary is cooperating with authorities.

"[I]t's so great that in that exact venue, the sheriff has now announced a new investigation," D'Souza said. "It seems to be a direct response to the work both of True the Vote and the movie.

"So this idea that the movie is making all these outlandish claims, law enforcement doesn't even have to look at it — complete nonsense. And this, I hope, is only the first step."

Multiple media outlets, including The Associated Press and Politifact, have fact-checked the film, challenging the accuracy and interpretation of the evidence presented by the filmmaker.

Despite the film being released on alternative platforms such as Rumble and Locals and receiving negative mainstream media coverage, D'Souza said that in about five days a million people have seen "2000 Mules" and it has made over $10 million, "which, for a political documentary, is like downright insane."